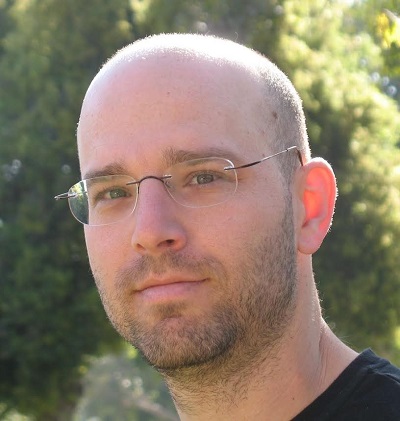 The Russian author Dmitry Bykov was once asked if he believed in life after death. "The question we should ask," he replied, "is whether or not there is life before death." Boaz Neumann, an outspoken and accomplished member of the Department of History at Tel Aviv University, made himself alive, insisted on doing so—at every level of his intellectual and personal being. The vitality of his thinking reverberates in the important writing he left behind, in the classrooms where he nurtured and challenged young students, and even in the public sphere of journalism, where his voice could often be heard, and never, ever ignored.

His most important books were Die Weltanschauung des Nazismus Raum—Körper—Sprache (German, 2010), Land and Desire in Early Zionism (English, 2011), and Being in the World: German Worlds at the Turn of the 20th Century (Hebrew, 2014), and his signature courses included Concepts of Time in German Historical Thought; Nazi Ecology; and Auschwitz: Another History. But such a list will never suffice—precisely because Boaz's greatest contribution to our profession was a way of going beyond the mundane inventory. It lay in his lens, his distinct manner of infusing his subject matter with life and thought.

Boaz was not a big believer in cultural critique supported by the usual dose of source criticism. Criticism forces historians out of their subject matter—something Boaz objected to as a matter of principle. Boaz embedded himself in the experience, always fully in the text, whether in the classroom or a conversation with a colleague. This is not to say he "identified" with his interlocutors; instead, he wanted to linger with them. Boaz knew very well that in empathy and identification—the sacred cows of our liberal world—there is something condescending, ultimately even dismissive. He instead found a way of opening himself to the other. His interlocutors were of true interest to him precisely because they were different. Boaz listened.

Although his professional training was in history, there was much in Boaz of a philosopher—not in the sense of engagement with the disciplinary field of philosophy but in the original, ancient sense of the word, in which thinking is inseparable from being. Phenomenology was for Boaz not only a theoretical tool but a way of life. In his view, to analyze something, one has to be it. Fittingly, he selected the title Being in the World for his last book. If, for many of us, academic research is a safe port, an escape from engagement with life, for Boaz academia was life. In a moment in which the academy looks increasingly like just another profession and universities give in to standards of measurable outcomes and departmental marketing strategies, Boaz was an exception.

The phenomenological aspect of Boaz's work is most evident in his book Land and Desire in Early Zionism. To write in the Israel of today about the beginnings of the Jewish settlement is a daring enterprise, deemed either politically embarrassing or sacred, untouchable to everyone outside of an old guard of "experts." But Boaz's desire to be embedded in his time and place urged him to examine the sources of the Zionist dream. His criticism of previous scholars' research on the subject—including all points on the political spectrum—was that they were in a rush to understand. An understanding, Boaz argued, calls for the discussion of interests, ideological aims, and attempts to reduce phenomena to underlying causes. Boaz did not try to explain the halutzim, the Zionist pioneers, but to do something far more challenging—to describe them. Description requires one to look at the sources as your equal, to inhabit their world, to see the land of Israel through their eyes. According to Boaz, the talk of the halutzim about the conquest of the land should not be read in terms of the rhetoric of military conquest prevalent in later Zionism. The halutzim desired to conquer the earth as if deeply in love. Land and Desire in Early Zionism elicited criticism from parts of Israeli academia identified with the political left. Scholars argued that Boaz ignored the Palestinians who lived on the land at that time, that he did not acknowledge the wrong induced by the desire he described. He was also criticized from the right for creating a nonsacral, almost erotic picture of this ideological moment. The debate that the book aroused was testament to its unflinching originality.

Similar things can be said about Die Weltanschauung des Nazismus, perhaps the most important book for understanding Nazism. Here, too, Boaz went beyond "explaining" in the ordinary sense of the word. The book does not discuss ideology, mass psychosis, or bureaucracy. Instead of picking apart different arguments of causality, Boaz described Nazism from within, illuminating its system of common sense and bringing Nazi experience to life through hundreds of observations and sources. As a result, the reader is both scandalized and fascinated: fascinated by the Nazi experience and scandalized by this very fascination. There is no condemnation in the book, no lesson to be drawn, no historical warning. Die Weltanschauung des Nazismus requires that readers leave their comfort zone, draws readers into Nazism, and then leaves them with a question, one that is bigger and thicker than they had previously known to ask. Like his work, Boaz is not to be forgotten.

Boaz Neumann died of cancer at the age of 43 and is survived by his wife, Zohar Bar- Kama, and their three children.