Each year, the American Historical Association awards several research grants with the aim of advancing the study and exploration of history in a diverse number of subject areas.The AHA is pleased to announce the 2014 winners for the Bernadotte Schmitt Grant, Albert J. Beveridge Grant, Michael Kraus Research Grant, and Littleton-Griswold Grant. The grantees will be conducting research over the course of the year and will receive formal recognition at the annual meeting in January 2014. Congratulations to all of our winners! 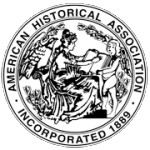 Bernadotte Schmitt Grant to support research in the history of Europe, Asia, and Africa

Elizabeth Burns Dyer, Univ. of Pennsylvania “Play on Words: Masked Politics and Misdirection in the History of Kenyan Theatre, 1945-2013”

Tehila Sasson, University of California, Berkeley, “From Empire to Humanity: Technologies of Famine Relief in an Era of Decolonization”

Sara Silverstein, Yale Univ. “Before Doctors Without Borders: Refugees, Rights, and the Social Frontiers of Europe, 1921-58”

Jacob Blanc, Univ. of Wisconsin, Madison “Contested Development: Itaipu and the Meanings of Land and Opposition in Military Brazil”

William Schultz, Princeton Univ. “Garden of the Gods: Colorado Springs and the Myth of the Culture War”

Amy Smith, Yale Univ. “Facets of Return: Aspects of the Survival and Refashioning of Family Life by Eastern European Jews in the Displaced Persons Camps, America, and Canada, 1945-60”

Lee B. Wilson, Clemson Univ. “Masters of Law: English Legal Culture and the Law of Slavery in Colonial South Carolina and the British Atlantic World, 1669-1783”

Sara Mayeux, Stanford Univ. “A History of the Right to Counsel in America”

Gregory Wigmore, “The Limits of Empire: Allegiance, Opportunity, and Imperial Rivalry in the Canadian-American Borderland”