Millions of tourists flock each year to Japan’s ancient Tōji temple in Kyoto, most often to see its famous Five-Story Pagoda, originally built in the ninth century. But wandering a bit farther afield in the temple complex, one can find subtler treasures of its rich past. Tucked away in the northwest corner is an unassuming bronze bell, hung in a small tower atop a stone foundation, adorned only by a wooden plaque. The plaque notes that the bell was completed in 1348 and donated to the temple by Ashikaga Takauji, the warrior leader who established Japan’s second military government. 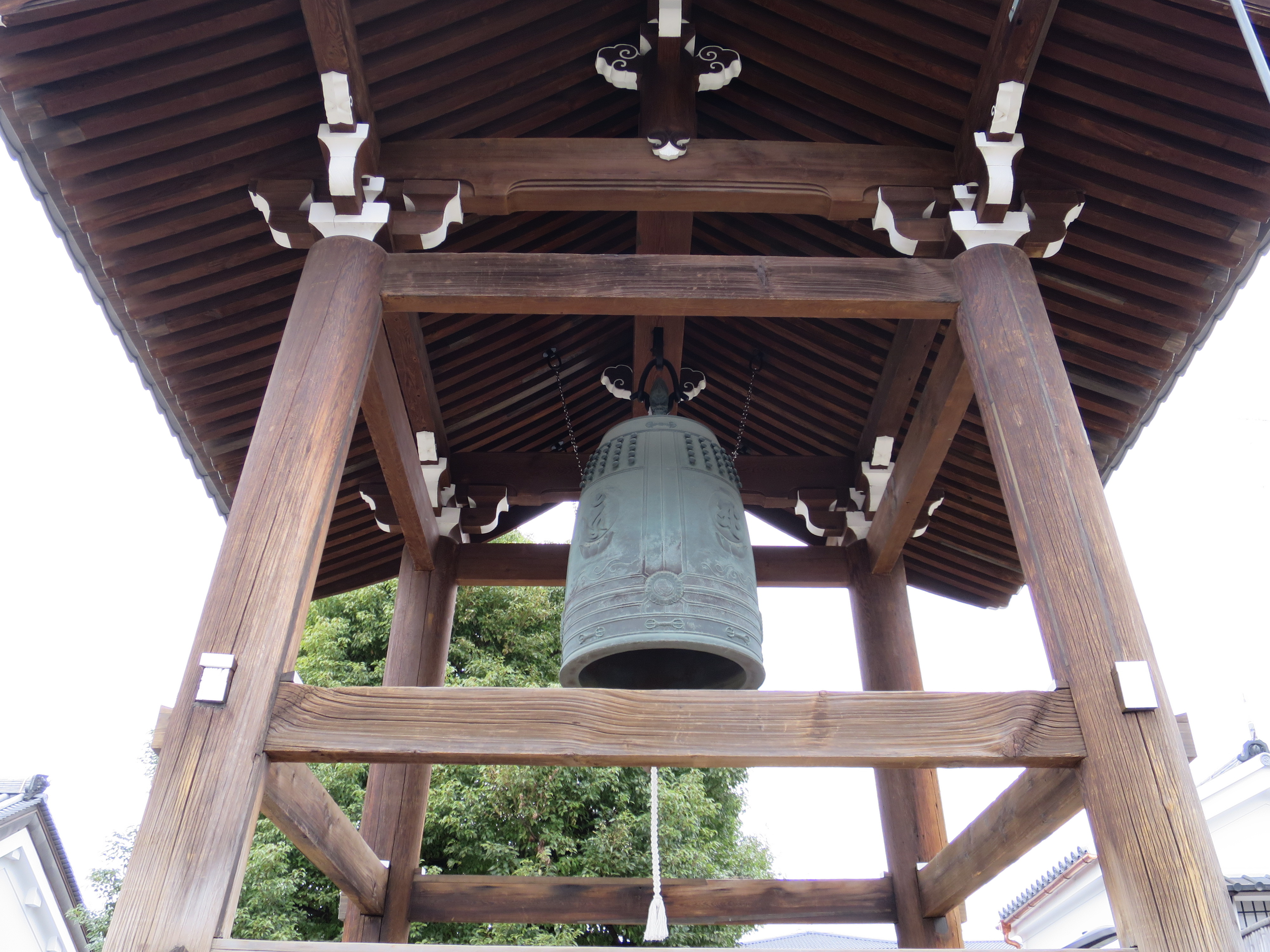 Reading closely, one may be disappointed to learn that this bell is not the original. After sustaining damage from 650 years of continuous use, the actual bell is now safely stored in the temple’s preservation hall, replaced by a replica created in the early 1990s. The very need to safeguard a well-loved original and install a copy is a compelling reminder of how valuable bells were, and continue to be, to their community.

Large cast bells like this one are common in Japan. Visitors rarely give them a second thought unless they have the chance to pull back the thick wooden strikers to set loose their sonorous tones or view them for public ceremonies. On the eve of the New Year, temple bells are rung 108 times to cast out the desires and defilements of the world, with the most famous bells drawing crowds in the hundreds to pay their respects.

Though they may seem quaint or commonplace today, bells were a crucial part of everyday life in the premodern archipelago. They ornamented temples, shrines, and village halls. They kept time throughout the day, alerted residents to danger, and aided spiritual rituals. Bells were thus fiercely coveted objects; armed forces commandeered them for use in war, thieves whisked them away for their precious metal, and locals buried them in fields to protect them from invaders. On occasion, bells were even voluntarily tossed into the sea as offerings to the dragon god. People sealed oaths by striking bells and sometimes hired metal casters from distant provinces with advanced skills to ensure their bells were cast properly, able to survive centuries of use.

Inscriptions on bells are a crucial source of information that tell us a great deal about the lives and afterlives of these objects and their makers: when they were created, by whom, who sponsored them, how the bells may have been damaged (such as falling during earthquakes), when they were moved to new locations, or even if they had been recast entirely. Takauji’s bell lacks these details, making it, at first glance, frustratingly impenetrable. Yet it is decorated with a Sanskrit character and gentle curved lines that resemble clouds or waves, hinting at its legacy as an object of veneration and ritual use.

Did Takauji’s bell endure wear and tear from natural disasters or human intervention after its casting in 1348? For whom did it toll in the medieval period, and how far could it be heard? Replica or not, with its solemn tones echoing through and beyond Tōji, the bell reminds us of the generations its predecessor dutifully served day in and day out for over half a millennium. Though the pagoda draws visitors to be awed by height and splendor, there is much to admire in the past of a largely ordinary bell like this one, quietly sitting in the northwest corner of history waiting for its next ring.

Paula R. Curtis is a postdoctoral fellow with the Terasaki Center for Japanese Studies at the University of California, Los Angeles. She tweets @paularcurtis.

Tags: Everything Has a History Asia/Pacific Cultural History Military History