The AHA held its 16th annual film festival during the 2022 annual meeting. One of the better kept secrets of the meeting, the film festival brings together historians and filmmakers to discuss how history and cinema collide. Two of the three films were shown during AHA22 Online, with panel discussions following the screenings. 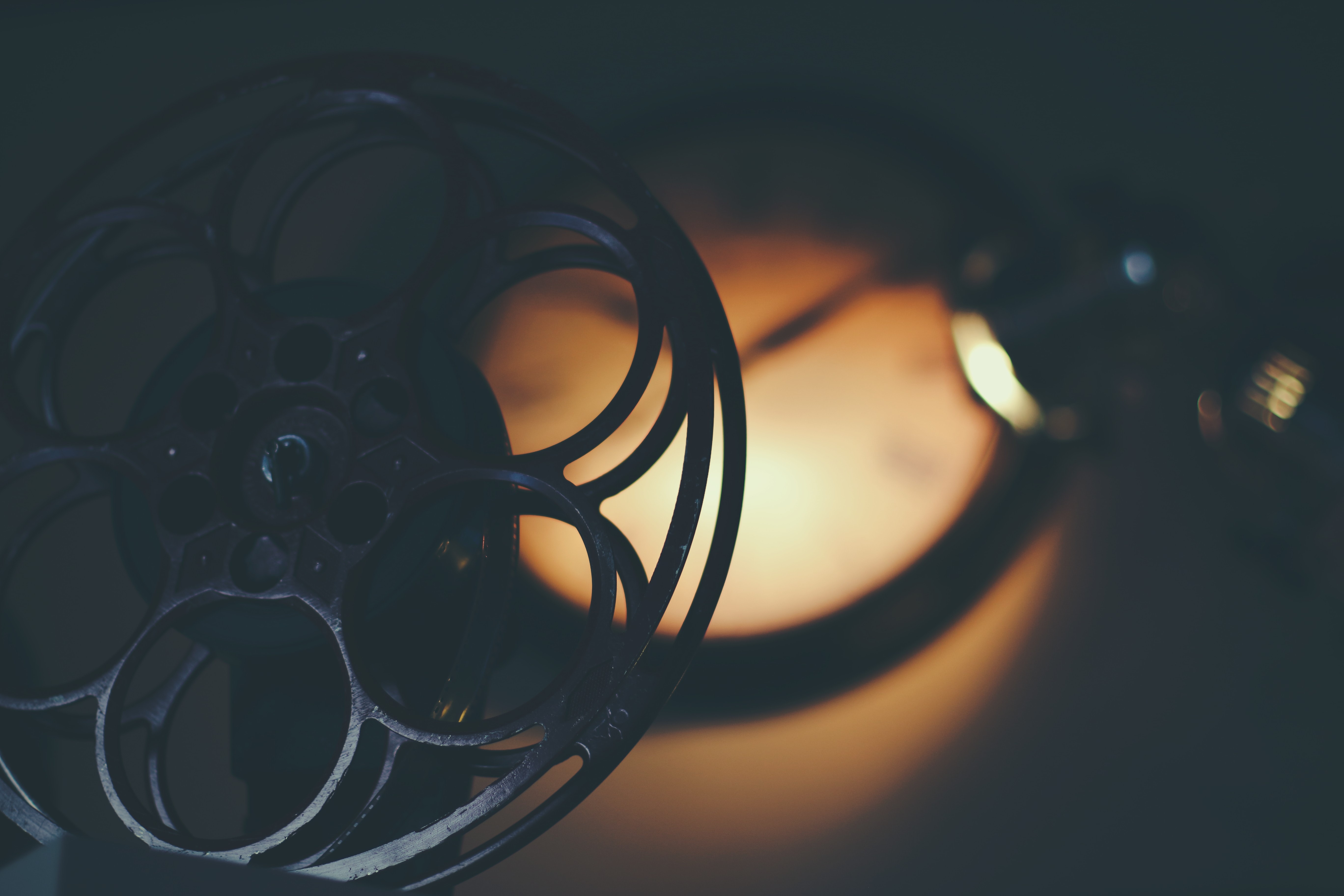 On the evening of Monday, February 21, attendees gathered on Zoom to watch The Neutral Ground. Directed by CJ Hunt, a former producer for The Daily Show, the film focuses on the fight to remove four monuments to the Confederacy and white supremacy in New Orleans. Three are statues of Confederate leaders—President Jefferson Davis, General Robert E. Lee, and General P. G. T. Beauregard. The fourth honors the White League, a paramilitary organization founded in Louisiana during Reconstruction that attempted to overthrow the Republican state government in 1874. The New Orleans City Council voted in 2015 to remove these monuments—but protesters gathered on the streets and took the city to court to prevent their removal.

Hunt, a Black and Filipino man, followed the story of the statues and his own relationship with the American memory of the Civil War with his camera for over two years. The resulting film is a series of encounters between past and present. Hunt interviews his father about how he raised Hunt to embrace his Black identity. He travels to Richmond, Virginia, to visit the American Civil War Museum. He attends a Civil War reenactment, where he joins the US Army side and is told “we’re the bad guys” by a white comrade-in-arms. He visits Whitney Plantation, where he is stunned into silence by a memorial to the 1811 German Coast slave revolt. And with help from historians Christy Coleman (Jamestown-Yorktown Foundation, formerly with the American Civil War Museum) and Karen L. Cox (Univ. of North Carolina at Charlotte), who both appear on camera and took part in the discussion after the film screening, he learns about the creation of the Lost Cause mythology.

Hunt joins the US Army side and is told “we’re the bad guys” by a white comrade-in-arms.

Throughout this journey, the courts and the people debate the value and meaning of the Confederate monuments in New Orleans. Hunt catches protesters and counterprotesters on camera, shouting in each other’s faces. Representatives from Take ’Em Down NOLA, an activist organization working to take down all symbols of white supremacy in the city, face down people armed with guns and Confederate flags. New Orleans mayor Mitch Landrieu tells Hunt that, even after the courts grant the city the authority to take down the statues 446 days after the Council vote, they cannot find contractors and cranes to do the work because they fear retaliation. But finally, after 511 days, the final statue is removed.

Hunt then joins a photographer friend on a trip to Charlottesville to witness what he thought to be just another protest. Instead, he found himself in the middle of the 2017 Unite the Right riot and counterprotests, where counterprotester Heather Heyer was murdered with a motor vehicle. After Charlottesville, he notes that other monuments began falling across the United States, a movement accelerated by the Black Lives Matter protests in the summer of 2020 after the death of George Floyd. Hunt ends the film with a reenactment of the 1811 German Coast Uprising, organized by artist Dread Scott.

After the screening, Hunt, Coleman, and Cox discussed the making of the film. Hunt said he wished he had been able to spend more time on how a community thinks out what replaces the symbols and mythology that they abandoned. After the events of January 6 and now the ongoing attacks on the public education of US history, Hunt said, “It feels like a time capsule for the uncertainty of that time, that still feels like we aren’t even beyond that moment—we are back there.” He hinted that his next project will be about the education debates over divisive concepts and critical race theory.

On the evening of Tuesday, February 22, AHA22 Online screened CURED, the 2021 winner of the AHA’s John E. O’Connor Film Award for documentary. Filmmakers Patrick Sammon and Bennett Singer tell the story of another group of activists working to right injustice—in this case, the gay and lesbian activists who fought to get the American Psychiatric Association (APA) to remove “homosexuality” from the Diagnostic and Statistical Manual of Disorders in the late 1960s and early ’70s. 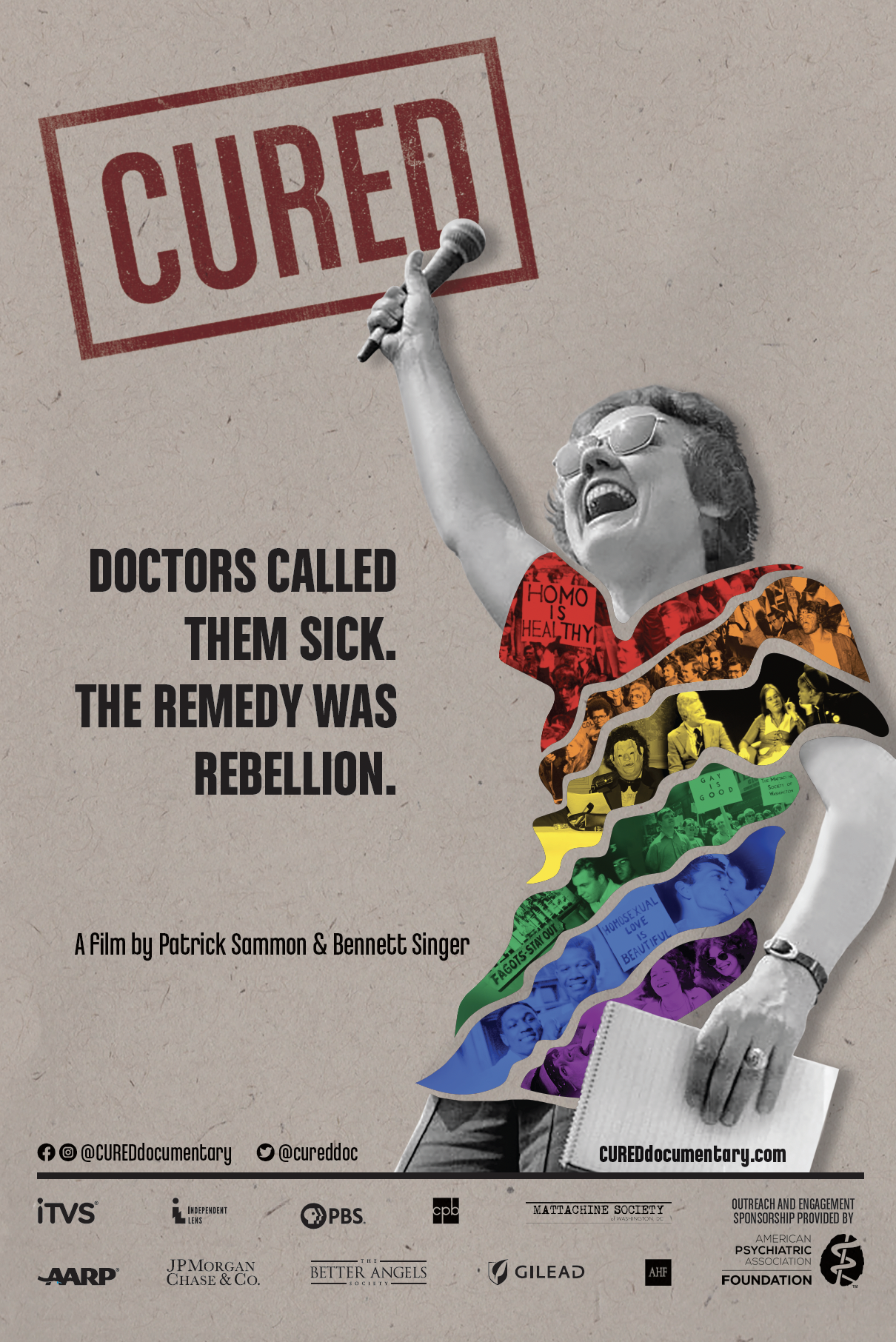 A remarkable compilation of archival footage and interviews today, the film documents how activists including Dr. Frank Kameny of the Mattachine Society, Barbara Gittings of the Daughters of Bilitis, and a number of insiders in the psychiatric community spent years arguing that homosexuality was not a mental illness. According to one interview with Kay Lahusen, member of the Daughters of Bilitis and Gittings’s long-time partner, “Frank was adamant about us getting out from under the sickness label,” but the APA was a powerful behemoth of an organization. Activists targeted the 1970 APA convention in San Francisco, attending panels that included known opponents to their position and interrupting the proceedings. The Gay Liberation Front organization sent a list of demands to the APA, decrying treatments such as electroshock therapy and lobotomy and insisting that this abusive system must be abolished. Activists continued interrupting APA meetings, including a session in Los Angeles when Dr. Don Kilhefner took the microphone and insisted on a dialogue between doctors and activists. About one-third of attendees left, but the remainder split up into small discussion groups to speak with and listen to gay people.

After the 1969 Stonewall Riot and as gay and lesbian people appeared more frequently in pop culture and other media, the film shows how visibility for gay and lesbian issues helped this fight. The APA invited Kameny and Giddings to participate in a session, “Psychiatry: Friend or Foe? (A Dialogue),” about the issue, but the activists insisted they must have a gay psychiatrist participate too. After inviting a number of members of the “GayPA,” Dr. John Fryer agreed to speak, if he could wear a disguise to protect his identity. Wearing a mask and wig that might inspire nightmares, Fryer presented his case to APA colleagues, showing that they themselves knew people being harmed by the APA’s stance.

Wearing a mask and wig that might inspire nightmares, John Fryer presented his case to APA colleagues.

The filmmakers then trace the formal change process at the APA. The removal of “homosexuality” as a diagnosis began to wend its way through the APA Nomenclature Committee’s process and was officially changed in December 1973. Opponents demanded a referendum by petition to overturn the decision, forcing the APA to poll its members. As one interviewee in the film said, “I thought it was a mockery of psychiatry to put it to a popular vote,” because they should have looked at science and evidence. But nonetheless, in April 1974 the APA announced that 58 percent of its membership upheld the decision to remove homosexuality from the DSM. One gay rights organization called it “the greatest gay victory.” Today, the APA’s CEO and medical director Dr. Saul Levin is himself a gay man and is working to remember the legacies of Fryer, other gay psychiatrists, and the activists who made this change happen.

In the talk back session, filmmakers Sammon and Singer were joined by three historians of LGBT+ history: Dagmar Herzog (Graduate Center, City Univ. of New York), Regina G. Kunzel (Yale Univ.), and Amanda H. Littauer (Northern Illinois Univ.). Herzog marveled at the archival sources in the film. As Herzog said, “The feel of the spaces, the fashions of the eras as the time changes . . . the tone that people took in their discussion of homosexuality . . . all of that is captured just beautifully.” The film is already seeing classroom use, and the filmmakers were particularly interested to hear from the panelists about how they can best support students in learning about this difficult history. Littauer introduced ideas from trauma-informed teaching practices that might help students to process the film—whether they are given the option to watch it on their own, given detailed content warnings that include timestamps, or offered different options for assignments. The directors and their editor struggled with balancing trauma and the reality of what people lived through with not causing people to turn away: “We wanted to do justice to the victims of this classification, so downplaying it too much would have done an injustice.”

Together, these two films remind us that activism is a process. These fights for social justice took immense effort, coalition building, and time—a welcome reminder to historians, our students, and the public.