I was probably a bit too young to appreciate it when it happened. In 1994, when I was roughly 11 years old, my family learned that the Fateh Al-Khayr, a dhow (a lateen-sailed vessel unique to the Indian Ocean) that my grandfather had captained in his early years, was found in a harbor in the United Arab Emirates. The Kuwaiti government had plans to purchase it and refurbish it for display to the public. That summer—hot, like every summer in Kuwait—I went to the old shipyard with my father and spent an afternoon exploring the dhow. I remember the smell of the teak (it has a very distinct smell) and how big the thing felt. I also was incredibly bored by all of it, as my father, my grandfather, and a shipwright droned on and on about the thing, using terminology that I could hardly understand, let alone comprehend. 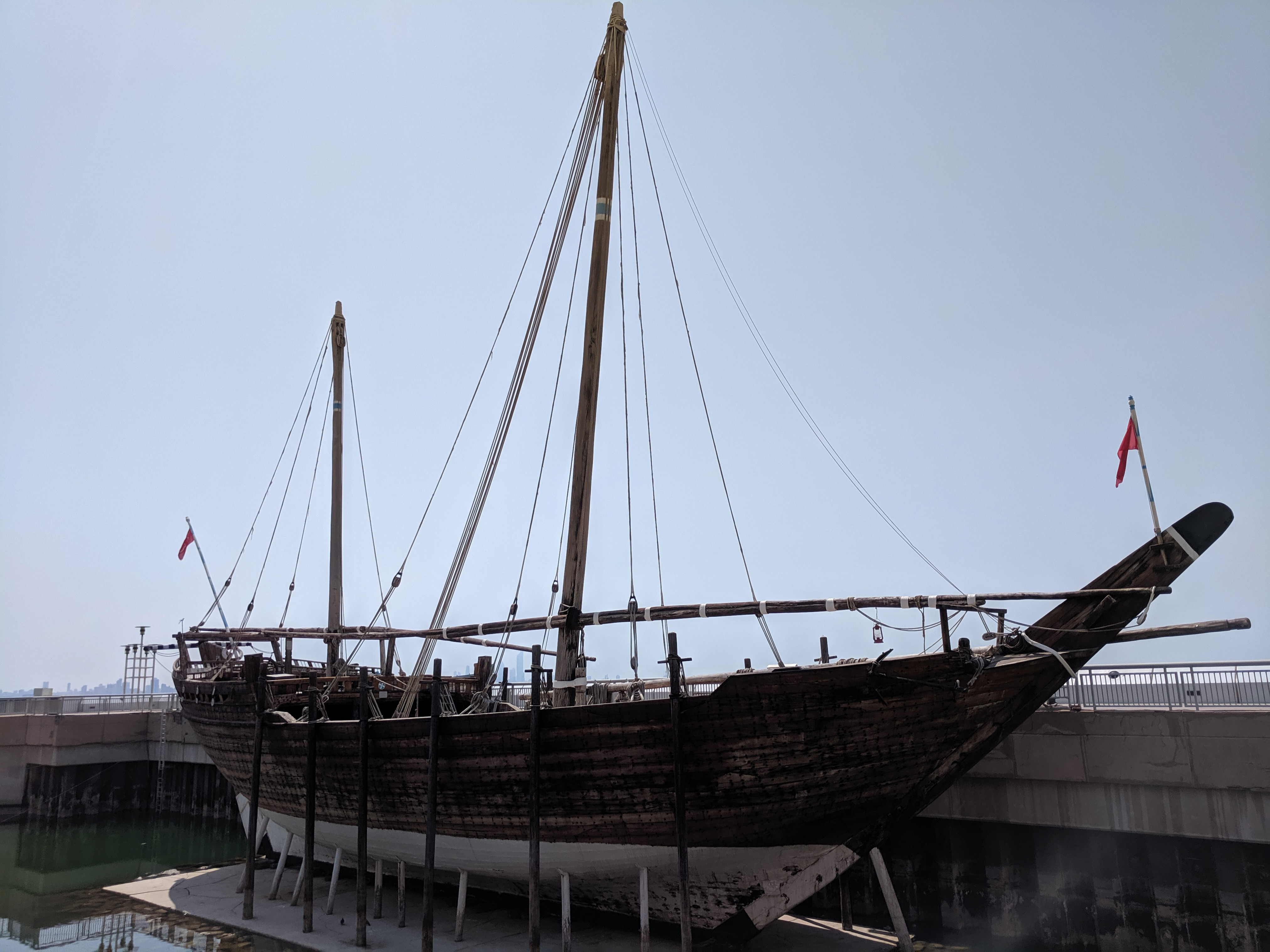 It was only later in my life, well after graduate school, that I could see the tension crammed into that day and onto the deck of that dhow. I came to understand that the Fateh was in the process of being refurbished, not from one state of operation to another, but from workhorse to national icon. After Iraqi troops withdrew from Kuwait, the search for authentic artifacts representing an autonomous, sovereign past became a matter of political urgency. That ship was becoming a canvas onto which narratives of a national past could be inscribed—all the more important given that it was the only pre-oil-era dhow left after the Gulf War of 1990.

And yet those national aspirations sat uneasily on the dhow itself, which had spent its life at sea, and whose planks quite literally smelled of someplace else (teak came from the Malabar coast of India); it drew its crew, too, from around the coasts of Arabia and Iran. Its history was scattered across the many coasts of the Indian Ocean world. The transnational history of the dhow as a historical object thus sat in tension with its future as an artifact of the nation; in stripping the dhow of its maritime history, the state reinvented it as an artifact through which Kuwaitis could become tourists to their own past.

Nested within these tensions is precisely the challenge the dhow poses to the historian. Rather than observe it from afar and project narratives onto it, dhows like the Fateh invite us to sit on their decks and to read from there: to unpack the lexicons, conceptual frameworks, and historical imaginaries of their actors, and to see the world from the deck of the dhow. That means casting behind the narrative of the inevitable emergence of an autonomous nation, and reading a history that unfolds along a much broader canvas—along routes that the Fateh and its captains plied, year after year.

Looking back at that moment under the blistering Kuwaiti summer sun—I was definitely too young to have appreciated it when it happened.

Fahad Ahmad Bishara is associate professor of history and the Rouhollah Ramazani Associate Professor of Arabian Peninsula and Gulf Studies at the University of Virginia. He tweets @TheNakhoda.

Tags: Everything Has a History Global History Middle East