Graduate School Is a Foreign Country

Perhaps it should have occurred to me that I was more suited for publishing than for academia when my favorite activity in graduate seminars was preparing to give presentations on other people’s books. I loved digging into all the published reviews, getting a sense of the different perspectives on the scholarship, and contextualizing the books within that scholarly literature. Spending hours in the library going through print journals and microfilm to find reviews of books—that was the kind of investigation I craved. I remember so vividly reading reviews, trying to synthesize all the different opinions of a work, then trying to explain the new horizons its approaches opened up. 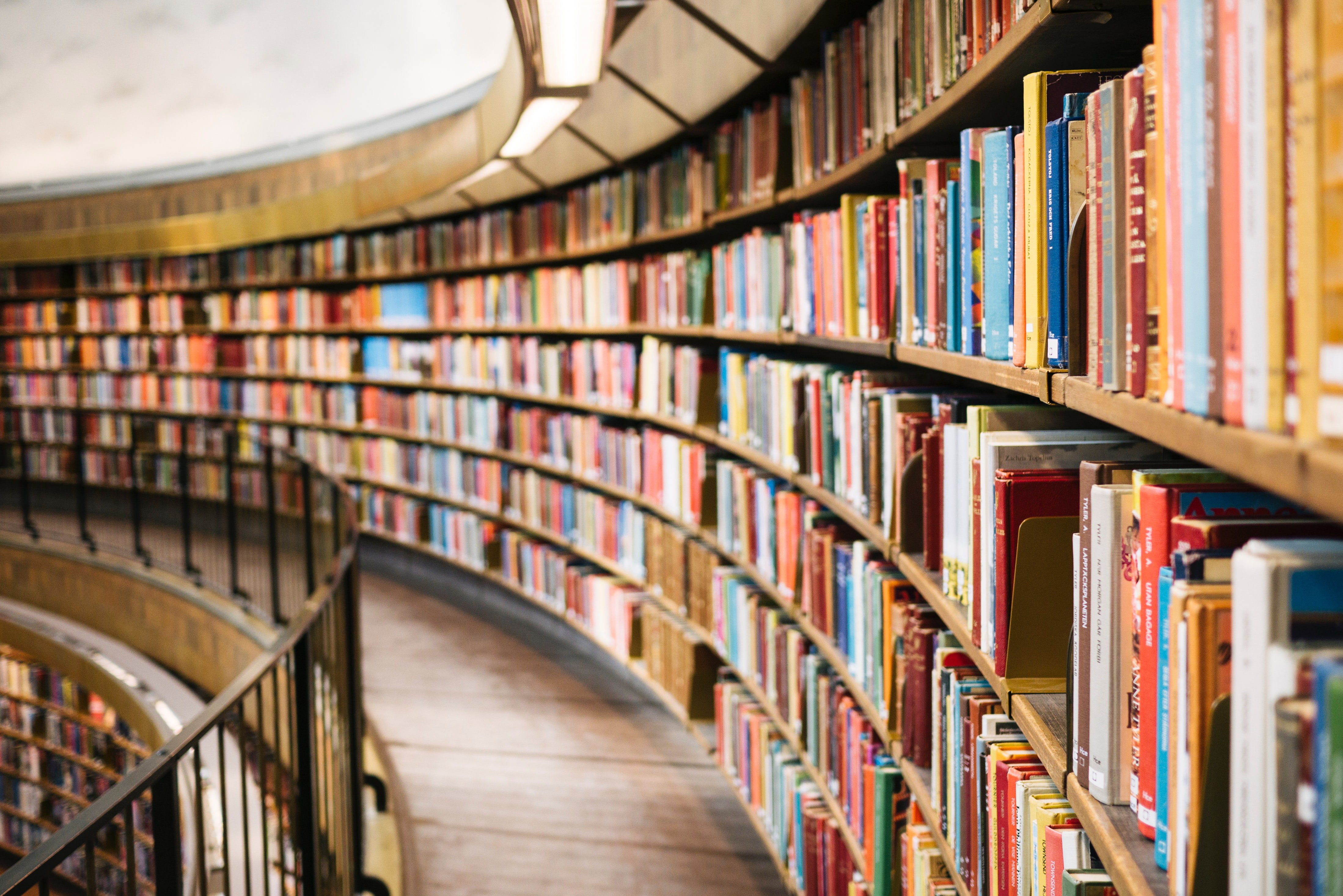 A love of books brought Susan Ferber to graduate school and led her into an publishing career. Susan Yin/Unsplashed

While there were memorable exceptions, too often the actual seminars fell flat for me. It wasn’t the fault of my cohort; they were and are bright and fascinating (and today a few of them are even my authors). Although we had years of learning ahead of us, the greenest among us attacked the books on our syllabus as if we knew firsthand how easy it was to write a book and get it published. There was a lot of posturing and trying on of academic jargon to convey ideas in a way that we thought would impress our professors and each other. By the end of each class session, it almost always felt as though there was no value in those books: that the authors had structured them badly, their research questions were inadequate, their archival source base was too thin, the analysis had failed to take into account all the strands it should, and overall they were bad reads. There must have been a reason that these books had made it onto our syllabus, if not as models for our own work, then as examples of important scholarship. Yet that wasn’t how it felt after the books had been torn to shreds.

For as long as I can remember, I have loved books—loved digging into their prose, thinking about the worlds created in them. Like so many other high achievers, I had had my nose in a book since I could first read by myself. And I thought, perhaps mistakenly, that graduate school would allow me to keep my nose there professionally. Never in my undergraduate classes where we discussed and debated books had I come away feeling like books had no value or joy. However, in graduate school, all those years of research and writing seemed just to lead to works that could be demolished in two-hour seminars.

Increasingly unhappy, I thought about what kind of life might further the activities that fascinated me. A few years earlier, a career counselor had suggested I try publishing before graduate school, as if it were a preparatory job for academia. I found myself daydreaming about a life spent helping authors improve their books before they were published. What if, instead of deconstructing books between hard covers in seminars, I could somehow work with authors to construct them before they were read?

Such were my inchoate and uninformed takes about the publishing industry. Until I met with publishing professionals, I hadn’t thought a great deal about market research, financial modeling, how bricks and mortar and online sales outlets drive the industry, or even competitive acquisition and the roles agents play in a segment of the industry. To me, it was about the craft of working on texts with authors, the kind of one-on-one work that I somehow imagined dominated editors’ days.

I had had my nose in a book since I could first read by myself.

In many ways, it wasn’t graduate school that had best prepared me for that kind of editorial work. At my undergraduate institution, a Writing Fellows Program trained students to work with other students on developing the ideas for their essays before they were submitted for class. I had found it deeply satisfying to give feedback to peers and to be able to help someone else do something better. Seeing my name on the cover of a book felt less important than doing this kind of collaborative work.

Collaboration—that didn’t seem to be a skill much prized in grad school. I’m sure this was partially because history does not prioritize group projects, lab work, joint writing projects, or co-teaching. I missed the feeling that had been so present in my undergraduate seminars: all of us being involved in a collaborative enterprise of learning. Instead, graduate school felt like a competition, which no doubt better prepared those who succeeded to compete for scarce resources, like teaching assistantships, fellowships, academic positions, and the world of academia ahead. But it left me feeling cold and increasingly depressed, especially when the sun set before afternoon seminars ended.

When I decided to leave my program, I thought a job in publishing would lead to a more satisfying intellectual and personal life. Perhaps I didn’t give graduate school enough of a chance at either institution I attended; I might have grown and changed more to adapt to it; I might have developed sharper elbows, a more outspoken persona, and thicker skin. I was young, and I could have grown more with graduate school, rather than seeing myself as increasingly alienated from it. But that came with hindsight. It wasn’t the fault of the institution; it was my inability to make myself into the model of a graduate student.

Meanwhile, on the publishing job market, my graduate training made me less appealing in the eyes of human resources departments. I’m sure the assumption was that I would think myself above the nitty-gritty administrative work that dominates the lives of entry-level employees in the book trade, despite my having previously held administrative jobs. HR interviewer after HR interviewer looked over my resume and asked: Why was I not teaching?

I aimed to get far away from the kinds of books I had read in grad school. I needed a fresh start, perhaps literary fiction, where I could apprentice myself to an editor and learn a new skill set and hear different voices. As I did information interviews and applied for virtually every entry-level editorial job advertised around New York and Boston, I talked with people who worked on self-help, romance, reprints, cookbooks, textbooks, novels, commercial nonfiction, and academic books.

Then, suddenly, a stroke of luck: an editor who himself had once been a history graduate student was looking to hire an assistant. Perhaps he saw something of his own path in my resumé. Regardless of why I was hired, the opportunity enabled a tremendous turn in my professional life and the beginning of more than 20 years in history publishing.

Walking away was probably the smartest decision I made about grad school.

I occasionally reflect on the mostly unhappy years of graduate school that came before and why they were valuable. They taught me that it would be okay to leave a path, one I had chosen and worked so hard to follow. They taught me that highly ranked programs at strong universities could look right on paper but in practice feel wrong for me. And they taught me that I had to find a way to be happy in my daily life and to feel that the career path I was on would be more satisfying than an academic life.

Walking away was probably the smartest decision I made about grad school. It would have been unfair for an institution to fully train someone, to use its scarce financial resources on her, to shape an academic for the drastically shrinking market, and then for her not to want what she had been given—at least this was what I convinced myself. Better to relinquish the fellowship and allow someone else to have that opportunity, someone who would be a better fit. Had I been in grad school more recently, there would have been more open attitudes toward alternate careers. Perhaps I would have more honestly expressed my doubts about the history PhD as only a rung to climb on the tenure-track ladder.

On a daily basis now, I use the skills learned from those graduate seminars—of researching reviews, thinking through critiques, positioning a new work in a body of literature, and deciding whether the voice of the author speaks to me. There are projects I have signed hubristically, thinking I could, behind the scenes, improve the work to the point where a grad seminar would read the finished book and only see all of its glowing qualities. That, of course, will never happen. It is the nature of grad students to critique and to think that they themselves could do better. Some of the most acclaimed and prizewinning books I have edited get dissected in seminars just the way books in my day did. But I know about the quiet work, done behind the scenes, one-on-one with the author, that went into making the final text, as well as the shortcomings of early drafts. That’s between an author and an editor.

Occasionally I am invited to graduate seminars, sometimes in connection with discussion of a book on my list. It’s very different to come in as an observer, no longer feeling I have to prove myself and falling short. Occasionally professors say that the first part of seminar has to be devoted to positive feedback about the book, something I wish had been true in my classrooms. In the fall of 2019, I attended a seminar that turned into a discussion about creative nonfiction techniques and different forms of writing history. It was one of the most exciting and engaging days I’d had in a long time. Since I had only just been invited that morning, I hadn’t read the book in advance, but I didn’t break out in a cold sweat about not finishing the reading. Instead, I could just appreciate the discussion.

The past, it has been said, is a foreign country. I love visiting so many of those countries through my manuscripts and books, seeing them through the eyes of my authors as well as those who write for other publishing houses. But my own graduate school past isn’t one I feel the need to reinhabit, even as intensely gratifying as it is to visit occasionally.

Susan Ferber is executive editor for American and world history at Oxford University Press USA and teaches at the Columbia Publishing Course.