The Social in the Machine: How Historians of Technology Look Beyond the Object

Despite public fascination with technology, the approaches and understandings of technology’s historians do not much penetrate popular consciousness. For example, a difficult-to-shake belief in technological determinism—the idea that tools and inventions drive change, rather than humans—is widespread. When apps download on their own, or when cellphones appear to inspire texting over talking, it certainly feels as if technology changes and humans simply react. But most research into the history of technology undermines this widespread assumption. Technology itself has causes—human causes. If it didn’t, it would have no history. So the field by its very existence fights common misconceptions about technology. The battleground first comes into view when scholars try to define the subject.

What is technology? Even experts struggle to fix its boundaries, but a modest definition will suffice to begin inquiry: technology is the systematic, purposeful, human manipulation of the physical world by means of some machine or tool. In this definition, technology becomes a process, rather than the artifact that process employs. This framing excludes many things that function in technological ways—language or laws, for example. The simple definition has its drawbacks, and in practice historians of technology often blur the lines between society and technology. That fuzziness facilitates understanding exactly how the surrounding context simultaneously animates and reflects the hardware.1 And this is the core insight of the field: the interactions between technology and its context are complex and multidirectional. Cause and effect are rarely simple and straightforward.

The origins and makeup of the field are likewise complicated and contested. In one account, the history of technology was a rib taken from the side of the history of science. “We deal with thinkers, not tinkerers” was the reputed 1957 reply from a history of science journal when asked to publish more work on technology. This tale oversimplifies the roots of the field, which is a familiar sensation for researchers who replace myths of invention with intricate, nuanced stories of how and why technology works or fails.

Even if this creation myth is false, it captures the reality that the histories of science and technology have diverged. Originally, they shared an interest in the science-technology relationship—the popular but inadequate premise that technology applies what science discovers. In the 1980s and 1990s, both experienced social constructivist impulses. Since then, many historians of science have shifted direction, while scholars of technology have taken both determinism and constructivism further and tried to understand their interactions.2

This process has resulted in a new framework emerging from the sociological wing of science and technology studies. Although historians tend to resist models, actor-network theory (ANT) has begun to percolate through the profession from its hot spot in the sociologies of science and technology. ANT answers fundamental questions for historians by eliding distinctions between forces and agency. Its practitioners study how people make the structures and institutions that seemingly control their lives. Scholars trace actors as they build social, economic, and political systems. The theory avoids abstractions (“capitalism”) as explanations, instead examining how particular actors create networks that reify capitalist activity. Building these networks involves not only other people, but also things—artifacts—and institutions. With these, humans assemble society.3

Many historians likely would hesitate before imbuing objects with agency. Yet if “agency” can be attributed to humans who have intentions without much effect, using ANT would simply incorporate into historical accounts those things that have effects without intentions. As historians of technology return to study the effects of technological change as well as its causes (thus reigniting debates about determinism), many use ANT to trace technology’s impact as well as its causes.4 A stop sign influences a driver and shapes her behavior; the two together reassemble the reality of traffic laws each time they meet (though sometimes a police officer or a surveillance camera is involved). A mother-daughter relationship often includes conflicts over appearance, so articles of clothing play a role in the psychological drama of parenting, letting go, and reuniting, through which our society functions and reproduces itself. Actors build networks and assemble the social every day, and they use the artifacts in technological systems when they do.5

Historians of technology bond over a shared set of concerns, ask specific kinds of questions, and have a common vocabulary (we call this “tacit knowledge”—things known but not recorded). Researching how a bridge came to be built in a particular place and way, for example, would probably uncover “heterogeneous engineering”—how the engineers and boosters employed nonphysical elements such as zoning laws or community activists in solving problems. Or historians of technology might pick up on an invention’s “interpretive flexibility,” how something designed for one purpose has different goals when passed through “the consumption junction”—witness Viagra, a blood pressure medication until its marketers realized that its side effect was a selling point. Above all, historians of technology are trained to question the “linear model”—one device giving way to the next in a succession of improvements, following the classic “internalist” progression. This has of course never existed, but many traditional historians, conventional wisdom, and technology’s users treat it as a given.6

Eschewing the linear model leads historians of technology to study technological failure, which identifies the elements that help a technology work. “Symmetrical analysis” examines the features they share, which helps investigators avoid the assumption that a functioning technology is the one best way to accomplish a task. Rather than ending the investigation with the assumption that one device simply did a better job than another, historians ask: for whom did it work better, for which “relevant social groups,” and why did those folks exert more influence than those daredevils who preferred (for example) a bicycle with one big wheel and one relatively tiny one?7

But although historians of technology share language, approaches, and insights in common, specialization also shapes the profession. The Society for the History of Technology (SHOT) has multiple special interest groups: computing, information, and society; communications; and electrical technologies. One promotes diversity in both SHOT’s membership and the subject matter. Another bridges subdisciplines: the envirotech group includes environmental historians who recognize that in the Anthropocene, much of the environment has been made by humans—which is to say it is technological.

In short, there are very few historical studies that would not benefit from close attention to the history of technology—and not merely for what investigators might learn about particular mechanisms. The history of technology means to understand not only machines and tools but also the systems that make those devices work for and against human purposes. Successful technological systems throughout history have incorporated nontechnological elements: gender roles, financial institutions, hurricanes, and human urges. And everything else, too.

Barbara Hahn (@behahn) is associate professor of history at Texas Tech University and the author of Making Tobacco Bright: Creating an American Commodity, 1617–1937. She is also the associate editor of Technology and Culture, which would love to see your work.

A good introductory lesson in the history of technology can be obtained by reading the following (in the order listed):

Langdon Winner, “Do Artifacts Have Politics?” in The Whale and the Reactor: A Search for Limits in an Age of High Technology (Chicago: University of Chicago Press, 1986).

6. David Edgerton, “‘The Linear Model’ Did Not Exist: Reflections on the History and Historiography of Science and Research in Industry in the Twentieth Century,” in Karl Grandin and Nina Wormbs, eds., The Science-Industry Nexus: History, Policy, Implications (New York: Watson, 2004). 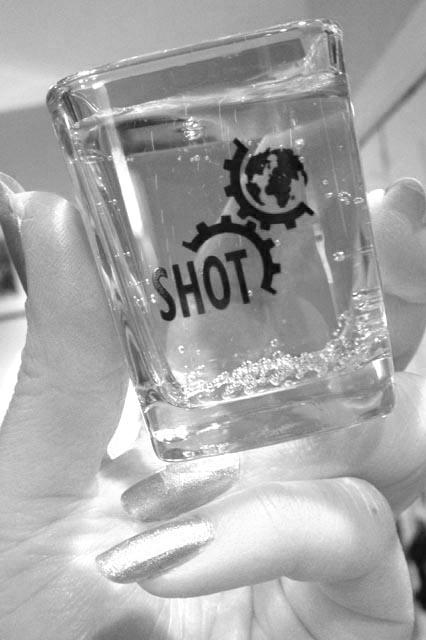 The Society for the History of Technology

While historians of technology can be found in any number of organizations, the principal intellectual home of the discipline is the Society for the History of Technology (SHOT), which publishes Technology and Culture.