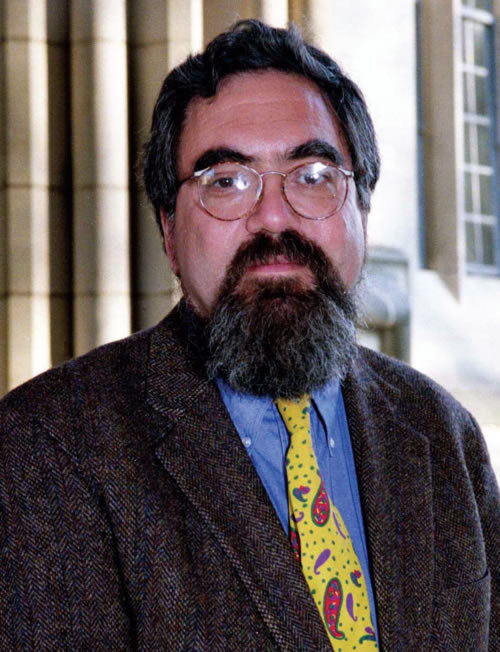 It’s not easy to think straight—not easy to think at all—when you are under attack. And we historians—like many other humanists—have been receiving more flak than flowers over the last few decades. From Allan Bloom to Mark Taylor, from Charles Sykes and Martin Anderson to Andrew Hacker and Claudia Dreifus, critics inside and outside the academy have leveled a rich and seemingly plausible indictment at us.

The academy as a whole is corrupt, they tell us. We professors are imprisoned within sclerotic disciplines, obsessed with highly specialized research. We can’t write except in meaningless jargon, and we address only esoteric students, thus ensuring that we have no audience. We train our graduate students to do the same, even though they, unlike us, won’t be rewarded for doing so by gaining tenure-track jobs. We usually don’t train our undergraduates at all, since we leave lower-level teaching to adjunct and contingent faculty. And when we do deign to spend time with them, we offer not rigorous training in source criticism, literary analysis, and argument, but indoctrination into our own left-wing view of politics, the arts, and pretty much everything else.

For all their disagreements on detail, almost all of these critics agree, not only on the symptoms but also on their causes. They have met the enemy, and he is us. We professors have shed our basic responsibility, teaching, in favor of research. Instead of grounding eager young people in the liberal arts, nine or twelve or fifteen hours a week, we barely enter the classroom. Instead we are off-campus, secluded at home or in a library or archive, pursuing specialized research. Every year we write more and more about less and less, filling libraries with unread books and articles and babbling at pointless conferences. And every year we are rewarded for this dereliction with higher salaries and more privileges.

This rich, protean indictment appears, in all its varied forms, in many places—from trade books produced by professors, think-tankers, and journalists to journalistic articles and blog posts. It echoes and reverberates and deafens, like conversation in a fashionable restaurant. And it is often expressed with memorable savagery. Let professors pay for their own vacations in Tuscany, write Hacker and Dreifus, unsubtly suggesting that research trips are really luxurious jaunts to places in the sun.

Most serious, from the standpoint of the American Historical Association, this barrage is aimed at us and our immediate neighbors in the humanities and the social sciences. Most critics don’t seriously maintain that the life sciences or engineering have become too technical. Like everyone else, they hope to benefit from the new medicines and technologies that are incubated in specialized labs and departments. Many of them clearly take an interest in the findings of economists and psychologists, demographers and political scientists—all those highly specialized articles without which there would be no readable books and articles by David Brooks and Malcolm Gladwell.

The real targets of the invective are the disciplines that create and teach qualitative ways of interpreting the past and the present, art and literature, religion and society. We’re the parasites, who don’t bring in large outside grants that help to cross-fund other departments and disciplines. We’re the pedants, who don’t produce anything that can help society solve its pressing problems. We’re the superfluous men and women, whom hard-pressed university administrators have to support even though our politicized scholarship and teaching has led to a calamitous loss of student enrollments, and neither they nor their trustees nor anyone else can quite see why they need to do so. “Who,” asks Mark Yudoff, president of the University of California, “is going to pay the salary of the English department?” He could just as well have asked about history.

For history has its own special place in these indictments. Critics rebuke historians for drawing politicized conclusions from their research—and even, in some notorious cases, for deliberately distorting or inventing the evidence to support their own left-wing views. They criticize authors of textbooks and public historians for subverting patriotism, claiming that they emphasize violence, inequality, and oppression in European and American life at the expense of more positive qualities, and by arguing that America has waged war not only to defend itself, but also to gain territory possessed by others—and that it has waged war with special ferocity against opponents who were not white. A set of canonical incidents, endlessly and inaccurately retold—the controversies over the National History Standards, the Enola Gay, and Arming America—are wielded as weapons. Meanwhile political actors of many stripes retell history to support their programs—and denounce the professionals for doing their best to obscure or conceal what they identify, sometimes wildly, as the truth.

It’s easy enough to refute individual articles of this indictment. The proportion of undergraduates who take BAs in humanities and history has fallen from more than 17 percent in 1967 to 8 percent now, as Tamron Hall recently pointed out while interviewing Drew Gilpin Faust, historian, humanist, and president of Harvard, on MSNBC. But this decline—as scholars from Michael Bérubé to W. Robert Connor have pointed out—actually took place in the 1970s and early 1980s. Since the late 1980s, enrollments in our fields have been steady—as opposed, say, to computer science, which lost almost a third of its majors between 2000 and 2007–08—and not, one presumes, because its professors mixed too much Theory and Politics into their algorithms.

As to the question of who pays us: Texas A&M recently subjected every discipline and faculty member to close public scrutiny. Each professor was credited with proportional tuition income for every student enrolled in his or her classes, and with grant income, and these in turn were compared with salaries. Faculty found errors and omissions in this survey. Nonetheless, it revealed that history, English and foreign language departments not only paid for themselves—apparently we do teach after all!—but produced more income than they consumed, cross-subsidizing chemistry and other departments in which research is more costly. Even those scandalous sabbatical years end up, in many cases, saving universities some money, bringing in grant support—and enabling faculty to carry out the research which is part of their contractual obligations and vital to keeping their teaching fresh and alive.

But the indictment is hydra-headed, and most of its heads are fiercer than the ones that I have just cut off. It’s here that the real difficulty arises The real nub of the criticism is not financial but scholarly and ethical: it’s that our research and teaching are nothing more than sterile pursuits of mind-numbing factoids, tedious and predictable exercises in group think, or politicized exercises in deploying the evidence to prove predetermined conclusions. If we can’t answer those criticisms convincingly, we will lose on all fronts: history positions will disappear, and so will neighboring departments in foreign languages and other fields, without which we can’t function.

And it’s not easy to find simple, cogent answers. Some argue—as Martha Nussbaum has in a thoughtful recent book—that humanists teach their students civic engagement and other moral lessons. But many historians will agree with Antony Beevor, who argues in the Guardian that historians do not “have a moral role. Their main obligation is to understand the mentality of the time and to pass on that understanding: it is not to apply 21st-century values in retrospect. Nor should they simplify for moral effect . . . . Of course history should never be used to inculcate virtuous citizenship. Yet it offers the richest imaginable source of moral examples and moral dilemmas, which are themselves the essence of great fiction, great drama, and life itself.” This argument will carry weight among those who agree that education should open up great dramas and examples to students. At a time when governing authorities around the world seem united in their insistence that higher education matters only as preparation for careers, however, it will have little impact among those who actually make funding decisions.

We can argue cogently—as Barbara Metcalf did in this space, in April 2010—that we do in fact discover knowledge that turns out to be useful. What members of one generation saw as a purely scholarly inquiry into Islam in South Asia turned out to be the next generation’s source of enlightenment on the origins of the Taliban. Historians of everything from drought in ancient Egypt to the economy of modern China do, in fact, have knowledge that matters—knowledge based on painstaking analysis of hard sources, which they convey to students and readers as clearly and passionately as can be managed. We need to make this case, often and clearly.

We can also argue—as Arnita Jones often did during her directorship of the Association—that historians provide a vast amount of new knowledge to the American people. The research done in universities and taught in advanced courses enriches and is enriched in its turn by the extraordinary work of America’s public historians. Just to look at the National Park Service’s sites for Pueblo Indians, southern plantations and Civil War battlefields is to see a new past—one encountered by orders of magnitude more Americans than will ever read the publications of university presses, and that would not exist without historical research. University and public historians need to work together, and to make clear, as often as possible, the great importance and deep impact of their collaborative enterprises.

But we need to make another argument as well—one that has become hard to frame in a way that is both cogent and accurate, but one that is nonetheless vital: the argument that scholarship matters. By doing history as well as we can, we are searching for exact knowledge, and teaching students, undergraduate and graduate, to do the same. We’re modeling honest, first-hand inquiry. That austere, principled quest for knowledge matters: matters more than ever in the current media world, in which lies about the past, like lies about the present, move faster than ever before. The problem is that it’s a quest without a Grail. The best conclusions we can draw, scrutinizing our evidence and our inferences as fiercely and scrupulously as we can, will be provisional. We will disagree with our contemporaries, and the next generation will replace our conclusions, and theirs, with new ones. But the fact that the search goes on—and the energy and integrity that the searchers put into it—matter deeply, for the health of our culture.

Over the next year, I’ll be doing my best, as my predecessors have, to find ways of making these points publicly and effectively. I look forward to the advice, criticism, and commentary of AHA members—and, even more, to seeing other historians explore these problems and propose solutions everywhere from Perspectives on History to the blogosphere. We need to mobilize the formal collective intellect of our discipline, across institutions and generations, to defend and explain our enterprises. The process will be costly. It will involve arguments among ourselves, and time taken from research and teaching, and frustration of many kinds. But we need to try.

Anthony Grafton (Princeton Univ.) is president of the AHA.