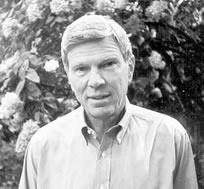 I recently gave a tour of the Gettysburg battlefield to a group of small-company CEOs and their spouses. As usual in such tour groups, more of them had read Michael Shaara’s novel, The Killer Angels, than any other book about Gettysburg. As we tramped the field, one of the CEOs started a conversation about the line between historical fiction and nonfiction. What was the difference, he asked, between a novelist who invents plausible dialogue or actions and the historian who builds his narrative on fragmentary and often ambiguous evidence? I defended the integrity of our profession and the care that most historians take in sifting and authenticating evidence. But I had to concede that some of my poststructural colleagues believe that historians construct rather than reconstruct the past. I also admitted that the line between historical fact and fiction is sometimes thin and permeable.

My CEO friend was too polite to say so, but he may have been thinking of recent and widely publicized examples of historians’ misconduct that have given the profession a black eye. Two best-selling authors admitted plagiarism. A tenured associate professor at the U.S. Naval Academy was demoted for the same offense. A prizewinning historian and biographer falsified his own history in lectures to students. No one has accused him of fabricating evidence in his research and writing, but several notorious cases are on record of historians who have done precisely that or have been credulous victims of others who manufactured evidence.

Who can forget the excitement a couple of decades ago when Adolf Hitler’s supposed diaries were discovered and pronounced genuine by Hugh Trevor-Roper among others, only to be proven forgeries? More recently, the author of a prizewinning book on the history of the gun culture in the United States lost his prize and his job because of charges that he had fabricated or distorted evidence.

Readers of this column can no doubt think of other examples in their own fields of specialization. But probably no historical subject has been the victim of more fabricated evidence, false quotations, and outright forgery than Abraham Lincoln. No man in history has been quoted so often as saying things he never said. Some of this falsification or distortion resulted from faulty or self-serving memories of persons who professed to recall Lincoln’s words or actions years or decades later. But much of it was deliberate. One of the most egregious examples, a cause célèbre of its day, was the “Minor Affair” in 1928–29. Wilma Frances Minor and her mother Cora DeBoyer of San Diego claimed to have inherited original letters written by Abraham Lincoln and Ann Rutledge to each other, along with related manuscript materials demonstrating that Ann was indeed Abraham’s true love and that he never got over her premature death in 1835. The editor-owner of the venerable Atlantic Monthly took the bait and published the letters in three installments, which dramatically boosted circulation. Despite protests by some scholars that the documents were spurious, Lincoln biographers Ida Tarbell and Carl Sandburg pronounced them genuine. A curator at the Library of Congress offered to put together a public exhibition of the documents. All of these experts soon had egg on their faces when the letters were proved to be forgeries.

The ridicule showered on those who were duped in this affair should have put a damper on the Lincoln forgeries industry. But that enterprise continues to flourish. Its most active branch has always been and remains the assassination. From the moment Lincoln drew his last breath, interpretations have proliferated to explain who was really behind his murder. Such interpretations even outnumber those purporting to reveal the truth about John F. Kennedy’s assassination. To the shame of the historical profession, some of the bogus accounts of Lincoln’s assassination were endorsed by historians or archivists, or allowed to gain widespread public acceptance by the silence of responsible scholars.

The most durable modern theory is that Secretary of War Edwin M. Stanton plotted the assassination, using John Wilkes Booth as his tool, on behalf of a clique of radical Republicans who wanted to get rid of Lincoln because of his “soft” reconstruction policy. First advanced by chemist-turned-historian Otto Eisenschiml in his 1937 book Why Was Lincoln Murdered? (one of the first books I read in graduate school), this thesis has resurfaced in one form or another in many subsequent accounts of the assassination despite occasional efforts by historians to discredit it.

Other interpretations with a long shelf life include the claim that Booth, a secret convert to Roman Catholicism, killed Lincoln at the order of the Jesuits, who wanted to weaken American institutions for a Catholic takeover, that Booth was the instrument of cotton speculators in the North who wanted Lincoln out of the way because he threatened to block their illicit trade with the South, that the real mastermind behind the assassination was Colonel Lafayette C. Baker, a detective in the War Department who organized the pursuit that caught up with Booth and killed him—only it was not Booth who was killed, but a Confederate double agent named James W. Boyd, who had the same initials as Booth and supposedly resembled him. So absurd were some of these interpretations that a clever novelist, William Wiegand, published a spoof in 1983 titled The Chester A. Arthur Conspiracy, in which Booth acts as the agent of Republican politico Thurlow Weed and survives to impersonate Chester Arthur and become president of the United States. I could not help thinking of this novel when my CEO friend chided me about the thin line between fiction and what passes as history.

Also in 1983 appeared The Lincoln Murder Conspiracies by William C. Hanchett, which demolished every one of the elaborate conspiracy theories. That should have put an end to them, but like bad pennies they keep coming back. The latest entry in the field is Dark Union: The Secret Web of Profiteers, Politicians, and Booth Conspirators That Led to Lincoln’s Death, by Leonard F. Guttridge and Ray A. Neff (John Wiley & Sons, 2003). The subtitle summarizes the thesis, which incorporates and augments all of the apocryphal interpretations of previous sensational exposés except the Jesuit-conspiracy theory. Among the new revelations, Dark Union claims that Booth not only escaped but also made his way to India where he changed his name to John B. Wilkes and accumulated a fortune by the time he died there in 1883.

Dark Union, written mainly by Guttridge, an author of books on naval history and the history of exploration, was based on an archive of copies of documents and manuscripts accumulated over several decades by Neff, a retired chemist. In their introduction, the authors maintain that the orthodox interpretation of Lincoln’s assassination “is substantially rooted in pure myth and faked or incomplete testimony” (p. 3). These words ironically describe their own book, as Edward Steers Jr. (author of a solid study of the assassination, Blood on the Moon, published in 2001 by the University Press of Kentucky) and Joan L. Chaconas demonstrate in a devastating review essay published in the current issue of North & South, the best of the popular Civil War history magazines. The “evidence” for Dark Union’s breathless revelations of conspiracies consists mostly “of transcribed documents, allegedly copies of originals that have been lost or destroyed. However, there is no credible evidence that any of the original documents ever existed,” write Steers and Chaconas.

Two examples among many of this illusory evidence: Dark Union quotes (on page 20) a letter dated August 29, 1864, from the Southern physician Luke Blackburn to Confederate Secretary of State Judah Benjamin. The provenance of the typescript copy of this letter is said to be a copy in the Filson Club Historical Society in Louisville of the original in the National Archives. A search of the Filson Club’s collections and of the National Archives by historian Jane Singer, who is writing a chapter on Blackburn in a book about covert operations in the Civil War, failed to turn up either the copy or the original. Neff first claimed that Blackburn’s biographer gave him the copy; but because the biographer denied having done so, Neff now says he does not remember where he got the copy. Second, the most important “documents” cited in Dark Union are from the papers of Andrew Potter, a supposed member of Lafayette Baker’s National Detective Police who allegedly carried out a thorough investigation of the assassination and then took his papers with him when he left the agency. An exhaustive search by Steers and research assistants of the records of this agency and every related agency in the National Archives plus census and birth and death records for the states where Potter allegedly lived and died turned up no evidence that he ever existed, much less worked for the National Detective Police.

Why should historians be concerned about such fiction passing as history? Precisely because the authors and their publisher repeatedly insist that it is the only true story of the assassination—and thousands of readers will continue to believe them if historians merely ignore or dismiss the book without seriously engaging its egregious claims. We have a responsibility to the history-reading public beyond our guild. There is a distinct line between history and fiction. And in this case, the Rare Books and Special Collections division of the Cunningham Memorial Library at Indiana State University Library in Terre Haute is adding the authors’ “research materials to the library’s holdings” for other scholars to use, as the authors state in their Acknowledgements. The most likely user of this collection, however, will be a novelist who wants to go The Chester A. Arthur Conspiracy one better and portray Booth not as Chester Arthur but as Viceroy Lord Ripon of India.