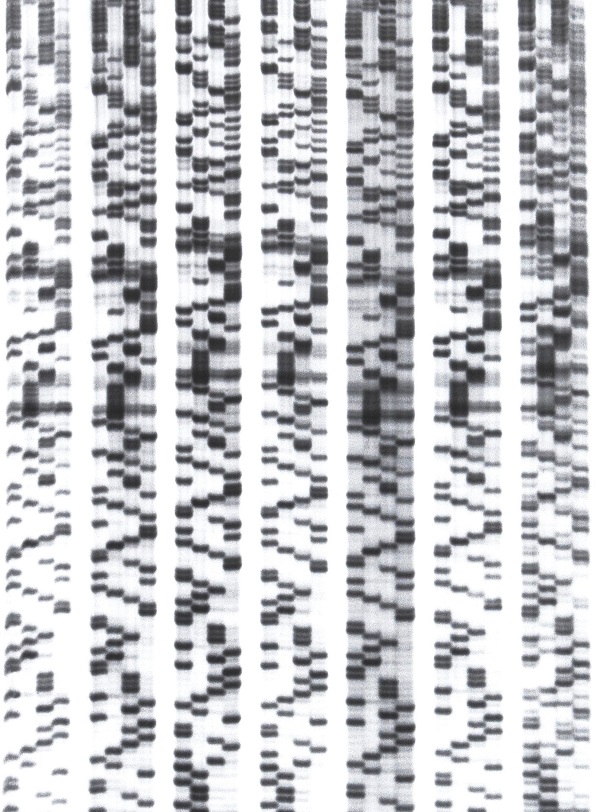 The advertisement opens on a young woman named Lezlie. A collage of family pictures fills the screen, and she explains that all her life people have asked her, “What are you, what are you, what are you . . . Asian, or Moroccan, or something else?” Lezlie is selling AncestryDNA, a service from the genealogy website ancestry.com that promises to reveal one’s extended family tree and genetic background, broken down into a handy pie chart of ethnic percentages. Lez­lie, it turns out, is 46 percent African, 25 percent British, 2 percent Asian, and 17 percent “other.” Even with that nebulous 17 percent, Lezlie proclaims a newfound sense of identity.

The idea that our biology contains definitive answers about who we are is seductive. Genetic testing services like AncestryDNA bring a veneer of scientific objectivity to racial and ethnic identity, cementing what many people already intuitively believe. Science, for its part, has done little to counter the notion that race is just another iteration of biological human difference; in our current “genomic era,” scientists and geneticists routinely use race as a tool to make sense of medical risks and genetic distinctions within human populations. For historians, humanists, and social scientists, this acceptance of biological essentialism, both in popular culture and in the scientific realm, presents a unique challenge: How to convincingly articulate to the public that race is a social construct rather than a biological fact?

In conversations during the 2018 AHA annual meeting in Washington, DC, historians and social scientists pushed back against the narrative that genes are carriers of essential truths about identity and heritage. In the social sciences and humanities, a consensus that racial categories are socially determined was reached in the mid-20th century. But this followed a long era of eugenics, when humans were racially categorized based on perceived physical differences and supposed genetic intellectual capacities. Since then, social scientists and humanists have spelled out the implications of using biology to map personal histories, affirm social hierarchies, and construct identities. Historians, especially, can attest to the dark consequences of viewing race as biological.

Yet the idea has lingered in cultural and scientific spheres and was reinforced in the late 20th century by medical geneticists’ efforts to identify genomic risks for disease. At one annual meeting session, “Science and Difference in History: Biology, Genetics, and the Politics of Race,” sociologist Joan Fujimura (Univ. of Wisconsin–Madison) explained that cultural assumptions about race were embedded in late 20th-century technological advancements in genetics research like the Human Genome Project, even as social scientists increasingly emphasized the social construction of race. The Human Genome Project, between 1990 and 2000, mapped the complete DNA sequence of the human genome and identified its component genes.

When searching for genetic markers hypothesized to be associated with complex diseases like asthma, diabetes, and cancer, “geneticists built shortcuts,” said Fujimura, in order to draw connections between genes, diseases, and the human populations they coalesce within. One “shortcut” was to draw upon prevailing, socially determined racial categories to organize, analyze, and interpret research findings. The “populations” geneticists studied, however, were not neutrally constructed, but, like all knowledge, a “product of situated priorities, actions, and decisions,” said Fujimura. In other words, the decisions scientists made when drawing connections between race and genetics emerged out of a particular historical context.

At another session, titled “Racial Sciences, Old and New,” historian Daniel Smail (Harvard Univ.) called the Human Genome Project a “productive failure.” Its results, he noted, were not what people expected. Rather than unveiling the singularity of the human species and its vast internal variations, scientists found that the human genome was neither as large as nor as distinct from other living organisms as they had expected. Humans share more than 99 percent of their genes in common—the only race revealed by the genes was the human race.

Contests over the scientific reification of racial categories, however, began long before modern genetics research. Michael Yudell (Drexel Univ.) elucidated part of this history at the session “Science and Difference in History” with the example of W.E.B. Du Bois, who questioned the idea that health disparities stemmed from racial differences at the turn of the 20th century. Du Bois instead suggested that the racialized “conditions of life”—poverty, a lack of education, unsanitary living and working conditions—led to racial disparities in health. Thus, while race is not biologically determinative, it can masquerade as such when employed reflexively in scientific research and medical practice. Yudell explained that scholars who criticize the use of racial categories as proxies for genetic diversity are reinvigorating Du Bois’s critiques, revealing the historical inertia of the biological concept of race despite a century of scientific and technological advancements.

Cultural assumptions about race were embedded in late 20th-century technological advancements in genetics research like the Human Genome Project.

Direct-to-consumer genetic testing services have profited from this inertia. Companies like AncestryDNA and 23andMe can only communicate their findings via preexisting cultural scripts that assume race, ethnic heritage, genealogy, and geography to overlap seamlessly. In his presentation during “Racial Sciences, Old and New,” historian Patrick Geary (Institute for Advanced Study) argued that genetic testing services are “too eager to equate ethnic with geographic origins.” Once the layers are peeled back, it becomes clear that the neat pie charts of ethnic and geographic compositions that testing services like AncestryDNA generate are mired in historical contingency.

Migration and border fluctuations have been constants throughout human history, and the regional labels we have divided up the continents with—eastern Europe, South Asia, and so on—are similarly context-dependent. If DNA proves, for example, that one’s ancestors were eastern European, then a host of follow-up questions would need to be answered to determine exactly what that means: how far back does the test reach? How do these tests define the point of origin—spatially and temporally—for a family line? Depending on the answers to these and other questions, the label “eastern European” could point to any number of ethnic groups and associated heritage, history, and custom—all important components of what we call identity.

Further, as Warwick Anderson (Univ. of Sydney) explained in his presentation during “Science and Difference in History,” understandings of race and ethnicity, including its biological dimensions, change when the locus of knowledge production shifts to the global South. Anderson studies the “intellectual currents” of racial science: the ways race has been conceived and human biology interpreted in the global South. Taking an alternative geographic and social perspective, argues Anderson, unsettles the historical narrative of racial science and genetics that traditionally relies on Western knowledge production. Anderson has found that while approaches to understanding human differences were still racialized in the global South, they focused less on strict categorization of the races. In his article “Racial Conceptions in the Global South” (Isis, 2014), Anderson writes that, instead, settler societies shared an interest in “the intermingling and plasticity of races and inquiries into the formation of new races.” For instance, in 20th-century Brazil, European immigration and interracial reproduction were considered positive ways of “‘whitening’ the nation.”

Historian of science and medicine Keith Wailoo (Princeton Univ.) has pointed out in Genetics and the Unsettled Past: The Collision of DNA, Race, and History (2014) that genetic testing services are “as much about making meaning in the present as . . . about the past.” People get DNA from both their parents, yet genetic analysis often draws upon only one of these lines. Thus from the outset, people curious about their heritage must make a choice about the histories they want to claim. Results are also constrained by the databases they draw upon. Like any information system built by humans, genetic data and the biases behind its collection are circumscribed by historical context. Limited genetic testing in non-Western or underdeveloped parts of the world means that less data from those regions is available for comparison. As Wailoo writes, the databases themselves “shape what past will be found.”

For all the ways genetic tests are more complex than their taglines promise, they can also provide an unexpected avenue for reckoning with the past. Sociologist Alondra Nelson’s (Columbia Univ.) presentation during “Science and Difference in History: Biology, Genetics, and the Politics of Race” focused on marginalized communities who have been “most subjugated by scientific racism” and yet have found “pockets of agency” by using genetic testing as a way to stake political claims. Such “reconciliation” projects include the #GU272, which attempts to identify through genetic testing and genealogical research the descendants of the 272 enslaved persons sold in 1838 to help finance Georgetown University. As a result of this effort, the university has promised an “edge” in admissions to descendants.

As the work of #GU272 reveals, it can be productive to leverage the complex ways genetics and race overlap. But interpretations of genetic test results must be grounded in historical detail and contingency. As the annual meeting presenters demonstrated, race and genetics are bound up together, and historians are ideally positioned to begin untangling them. The popularity of services like Ancestry­DNA demonstrates that people like Lezlie are searching for answers to “who they are.” But the answers they currently get only reinforce the spurious connection between race and genetics, something the world of social scientists and humanists has long abandoned. Historians must provide better, alternative answers, pushing back against the biological concept of race while honoring the roles that heritage, genealogy, and geographical origins play in determining “who we are.”

Sadie Bergen is a PhD student in the Center for the History and Ethics of Public Health at Columbia University.