Historians and History Museums: A Report from the Annual Meeting Workshop 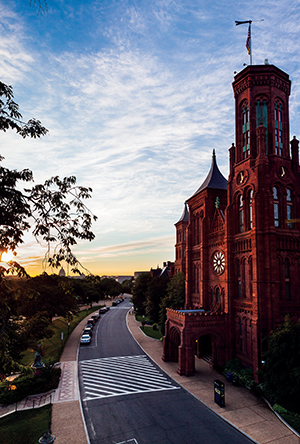 What’s working at history museums, and what work are historians doing there? Those questions took center stage at two sessions sponsored by the AHA’s Professional and Research divisions and held at the Smithsonian’s National Museum of American History.

The morning roundtable featured the directors of several of the nation’s preeminent history museums, who spoke about the challenges they faced in building, renovating, and running these institutions. Not that long ago, as panelist Louise Mirrer (New-­York Historical Society) observed, many history museums looked like banks and functioned like exclusive clubs. They existed to collect and preserve from a small slice of society and showed little concern for how collections might be exhibited. But Mirrer, like her fellow directors, set out to remake the look, the feel, and the purpose of history museums. At the top of her agenda were the convictions that history matters and historians matter, but that neither would matter very much unless her museum made public access and engagement its animating principle. That sentiment was echoed by each of the directors, including John Gray (National Museum of American History), who insisted that visitors to history museums should have “life-changing experiences.”

Both Gray and Mirrer have overseen extensive (and expensive) physical renovations to their museums, while Lonnie Bunch (National Museum of African American History and Culture) is shepherding the construction of a new facility on the mall. Yet all of the directors agreed that history museums aren’t like fields of dreams; just building it doesn’t mean lots of people will come. Adapting a public orientation is essential, but so, argued Bunch, is embracing controversy and accepting ambiguity. That formulation worked well for Kevin Gover (National Museum of the American Indian), who noted that his museum was now preparing exhibitions that make histories more central than they had been in the initial round of installations at NMAI. Joan Marshall (Bullock Texas State History Museum), however, raised doubts about the rush to controversy and ambiguity. She also maintained that engaging the public requires listening to the public, but noted that the historians who have worked inside and alongside her museum have not always proven to be good listeners.

The afternoon session turned the stage over to historians working in a variety of roles in history museums. Panelists addressed the expected and unexpected paths that brought them to their current positions. Virginia Scharff (University of New Mexico) found her place consulting with museums when she realized that’s where “popularizers” belonged. Sarah Abosch (Dallas Holocaust Museum) also had not planned to work in a museum and did not think about it much during graduate school. Only after several years of adjunct teaching did she make the leap to a museum. By contrast, Erik Greenberg (Autry National Center), Erin Curtis (Skirball Cultural Center), and William Convery (History Colorado) had museum work in mind when they started PhD programs in history. Greenberg had worked at the Autry before deciding to pursue graduate degrees and intended to return to a history museum after completing his doctorate, but he nonetheless chose a “traditional, academic” program (UCLA). Curtis and Convery selected graduate programs (Brown and University of New Mexico, respectively) with more established orientations toward “public history.” Still, whatever way they got into museums, and without romanticizing the environments in which they were now employed, all the panelists spoke enthusiastically about the work they did. As one audience member commented, the transition from the academy to museums was akin to switching “from black and white to color.”

The conversation also focused on how PhD programs had prepared—and failed to prepare—panelists for their museum careers. While presenters affirmed the value of intensive reading seminars that taught students how to synthesize vast amounts of material, they listed other courses that they wished had been part of the curriculum, including ones in project management, staff reviewing, audience research, and budgeting. They paid particular attention to the contrast between the atomized nature of most academic training and the collaborative imperative in museums. Most graduate programs, observed Convery, train students “to fly solo on their first flight,” which is antithetical to museum work. A truly malleable PhD program, Greenberg proposed, should teach collaboration by mandating that all students take at least one course in which they work on a single project and receive a single grade. That idea generated great enthusiasm among panelists and members of the audience, even as it posed a challenge to the ways in which historians have typically been trained. So did the suggestion that we stop distinguishing between training students as academic historians and public historians and recognize that the skills needed to work in museums would benefit all historians.

For more on the panels, check the AHA Today blog for information about viewing the sessions on C-­SPAN, which taped the sessions for later broadcasting and web posting.

—Stephen Aron is professor of history at the University of California, Los Angeles, and of the Institute for the Study of the American West, Autry National Center; he is a member of the AHA’s Council and serves on the Research Division.