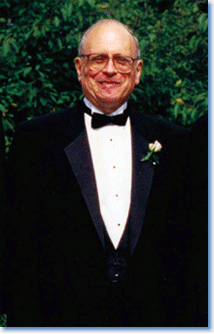 Herbert Shapiro, professor emeritus of history at the University of Cincinnati, died in his Cincinnati home on October 17, 2012. Born in Queens, New York, on June 14, 1929, to Russian Jewish immigrant parents, he devoted his life to teaching, scholarship, and social activism. A man of the left, he did not shift his opinions to fit the times.

After an education in the New York City public schools, he earned three history degrees: a BA from Queens College in 1952, an MA from Columbia University in 1958, and a PhD from the University of Rochester in 1964. His doctoral dissertation analyzed the career of the muckraker, Lincoln Steffens, and his earliest publications were about Steffens, muckraking, and the Progressive Era. He had long been interested in African American history and his first full-time teaching appointment, at Morehouse College, then a segregated all-male institution in Atlanta, Georgia, where he and his family lived from 1962 to 1966, contributed to a shift to that not yet fashionable field, which became the major focus of his professional life in both teaching and research. Black liberation became the cause Shapiro worked hardest to promote, often in places where it was not welcome, and most notably as a participant in the delegation of historians who, on March 25, 1965, marched on the last day of the historic march from Selma to Montgomery, Alabama, with military and FBI protection ordered by President Lyndon Johnson.

In 1966 he moved to his second and final position at the University of Cincinnati, from which he retired as a professor in 2001. He was probably the first person to teach African American history at the University of Cincinnati and certainly was the first to direct graduate students in that field. Herb, as he was all but universally known, taught a range of American history courses, but it was his upper-division course in African American history that engaged him the most and endeared him to a goodly number of students; his classroom performance was both didactic and democratic. His major service to the university, apart from formal and informal teaching, was to help transform the local chapter of American Association of University Professors into an effective collective bargaining unit, and to participate in two brief, successful work stoppages that improved both wages and benefits for regular full-time faculty. Fittingly, the chapter has established a memorial fund in Herb's name. Contributions may be sent to University of Cincinnati AAUP, PO Box 210176, University of Cincinnati, Room 450 Dabney Hall, Cincinnati, OH 45221-0176.

Within the larger profession Herb was known as a perennial presenter and commentator on programs, often more than one a year, the author of scores of book reviews, dozens of articles, and nine books large and small, of which his magnum opus, White Violence and Black Response: From Reconstruction to Montgomery (1988), is outstanding. He is survived by Judith, his wife of 55 years; their son, Dr. Mark Shapiro, of San Antonio, Texas; their daughter, Nina Shapiro, of Seattle, Washington; and her daughters, Sophia and Tessa.
Herb, like most of us, liked to have the last word, so I will let him have it. This is how he ended his most important book:

The federal government was headed, in the person of Dwight Eisenhower, by a president who would not endorse the Brown decision and connected in his mind resistance to school integration with a legitimate need to protect little white girls. The breaking of the stalemate would require a scale of mass movement that would make maintenance of segregation too costly for American society to bear.

In the 1960s the inherent tendencies, the possibilities created by the changed context of post-World War II society, would have to be played out fully in the course of mass confrontation with racism. The warning was already plain—blacks were no longer prepared to put up with the old order—but racists would not yield to law and reason. If serious progress toward racial justice and equality were to be made, it would come only as the result of a social convulsion unprecedented since the Civil War era. In such a situation, the question of racial violence would appear in new dimensions that nobody could ignore.

A version of the essay originally appeared on the Organization of America Historians' website.