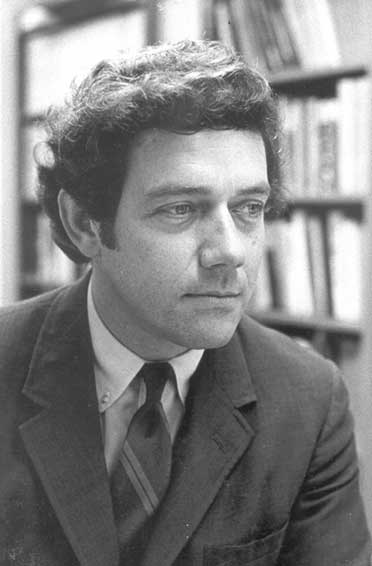 James C. Thomson Jr. was born September 14, 1931, in Nanking, China, and died August 11, 2002, in Boston, of a heart attack. At the time of his death, Thomson was professor emeritus of journalism, history, and international relations at Boston University, where he taught from 1984 until 1997.

Jim Thomson grew up in a Presbyterian mission compound at Nanking, where his father taught chemistry and his mother was the best friend of the aspiring novelist (and next-door neighbor) Pearl Buck. In their household, the ongoing Chinese revolution dominated the table talk, and the question of American China policy was of daily urgency. Being the son of Western missionaries had its privileges and entailed an expectation of deference, but it was also a dangerous, precarious way to grow up. For Jim Thomson's family, the "Nanking Incident" was not just read about in the newspapers, it was something you and your friends, Chinese and Western, had lived. When Thomson sailed from Shanghai in 1939, bound for education in America, he carried with him a fundamental orientation toward public affairs, and a hereditary interest in American-East Asian relations.

The first way station in his formal education was the Lawrenceville School in New Jersey. Thomson's acculturation to America proceeded quickly and he graduated valedictorian in 1948. Following study at the University of Nanking, Thomson proceeded to Yale, where he majored in history, was elected to Phi Beta Kappa, and graduated with the class of 1953. To prepare for a career of public service, Thomson then studied history at Clare College, Cambridge, where he earned the coveted First, and in 1955 entered Harvard to pursue a PhD in history under John King Fairbank. He received his doctorate in 1961.

Upon finishing his dissertation on American reformers in Kuomintang China, Thomson entered government service in 1959 as an aide to Congressman Chester Bowles, who became Thomson's mentor in politics. After the 1960 presidential election, Thomson followed Bowles into the Kennedy administration, serving first as special assistant to the undersecretary of state (1961), then as special assistant to the president's special representative and advisor on African, Asian, and Latin American affairs (1961–63). Under the Johnson administration, Thomson served as special assistant to the assistant secretary of state for Far Eastern affairs (1963–64), and from 1964 to 1966 he was the China specialist on the staff of the National Security Council. During the Kennedy years, Thomson was inevitably caught up in the magical ethos of Camelot, and he worked quietly and steadily toward normalization of American relations with China. But under Johnson, he became increasingly disillusioned with American Far Eastern policy as the United States plunged disastrously, Thomson believed, into Vietnam. In 1966 he resigned in protest over the Vietnam War and returned to Harvard.

On returning to Harvard, Thomson planned and taught a course on American-East Asian relations, which turned out to be extremely popular with students. He revised his dissertation for publication under the title While China Faced West (Harvard University Press, 1969). And in 1968, after the AHA established its Committee on American-East Asian Relations, Thomson worked closely with Fairbank to open up this exciting new field of research and teaching. Thomson's authoritative volume of bibliographical essays edited with Ernest R. May, American-East Asian Relations: A Survey (1972), introduced the field to a generation of graduate students. Thomson attended conferences and published scholarly articles, but he also did what assistant professors are expected not to do: he published articles in general interest publications such as the Atlantic Monthly, wrote op-ed pieces for leading newspapers, and appeared on national television. His Atlantic article "How Could Vietnam Happen? An Autopsy" (April 1968) won a major award from the Overseas Press Club, and he shared an "Emmy" with the ABC news team for his 10-day-long stint as television commentator on Nixon's 1972 visit to China.

In 1972 Thomson was named head of the Nieman Foundation at Harvard, which administers a mid-career sabbatical program for leading American and foreign journalists. From this redoubt he presided over an amiable fiefdom of well-connected and influential journalists to whom he served as a mentor. Many of them became his close personal friends. But perhaps his most important achievement at Nieman was the foundation's deepening involvement in the promotion of racial equality in South Africa by aggressively seeking out black South African journalists as Nieman Fellows. Thomson remained at Nieman until 1984.

During his tenure at Nieman, Thomson had the leisure to pursue his vocation as historian and his avocation as foreign policy intellectual. He continued to teach American-East Asian relations to Harvard students, and reworked the lecture notes from his original survey course into a book for a general readership, Sentimental Imperialists: The American Experience in East Asia (Harper & Row, 1981), co-authored with John Curtis Perry and Peter Stanley. The work was widely used in college survey courses. In addition to historical work, Thomson published numerous op-ed pieces and articles on current events in such publications as the New York Times, the Los Angeles Times, and the Boston Globe. This was in keeping with his considered view that intellectual journalism constituted "the rough draft of history."

After moving to Boston University in 1984, Thomson shifted gears once again, focusing now on the history of journalistic reporting on the Chinese and Vietnamese revolutions. The same pattern of wide-ranging publication obtained: articles, book chapters, book reviews, and op-ed pieces. By the mid-1990s, he had more than one hundred publications to his credit.

Sadly, in his last years he was unable to follow through on Fairbank's repeated suggestion that Thomson's last book should deal with the most fascinating subject of which Thomson had direct knowledge: his own life and times, between China and America. But Thomson's congenital perfectionism, the declining health of his beloved wife, his own bout with cancer, and above all his inability to see clearly the uniqueness of his life experience-and the distinctiveness of his accomplishments-deprived us of what could have been a classic historian's memoir.

Perhaps some enterprising graduate student in American-East Asian relations will take up Jim Thomson for a seminar paper or a dissertation topic. Among "the best and the brightest" of the Kennedy and Johnson administrations, Jim was the one who got Asia right, and the relationship between history and high politics is an irresistible theme. Meanwhile, Jim Thomson's hundreds of friends will treasure their memories of this utterly charming, witty, sensitive, many-faceted man-a complete human being: loyal to a fault, of absolute personal integrity, and a boon companion.