In April 2019, the University of Minnesota’s Board of Regents held a special meeting to discuss a task force report on institutional history and campus building names. The report, which drew upon official university archives and other sources of historical evidence, recommended renaming four campus buildings named after administrators who had engaged in discriminatory practices. The ensuing debate—like many recent debates over memorialization—brought questions about archives and historical evidence from the classroom into the public spotlight. 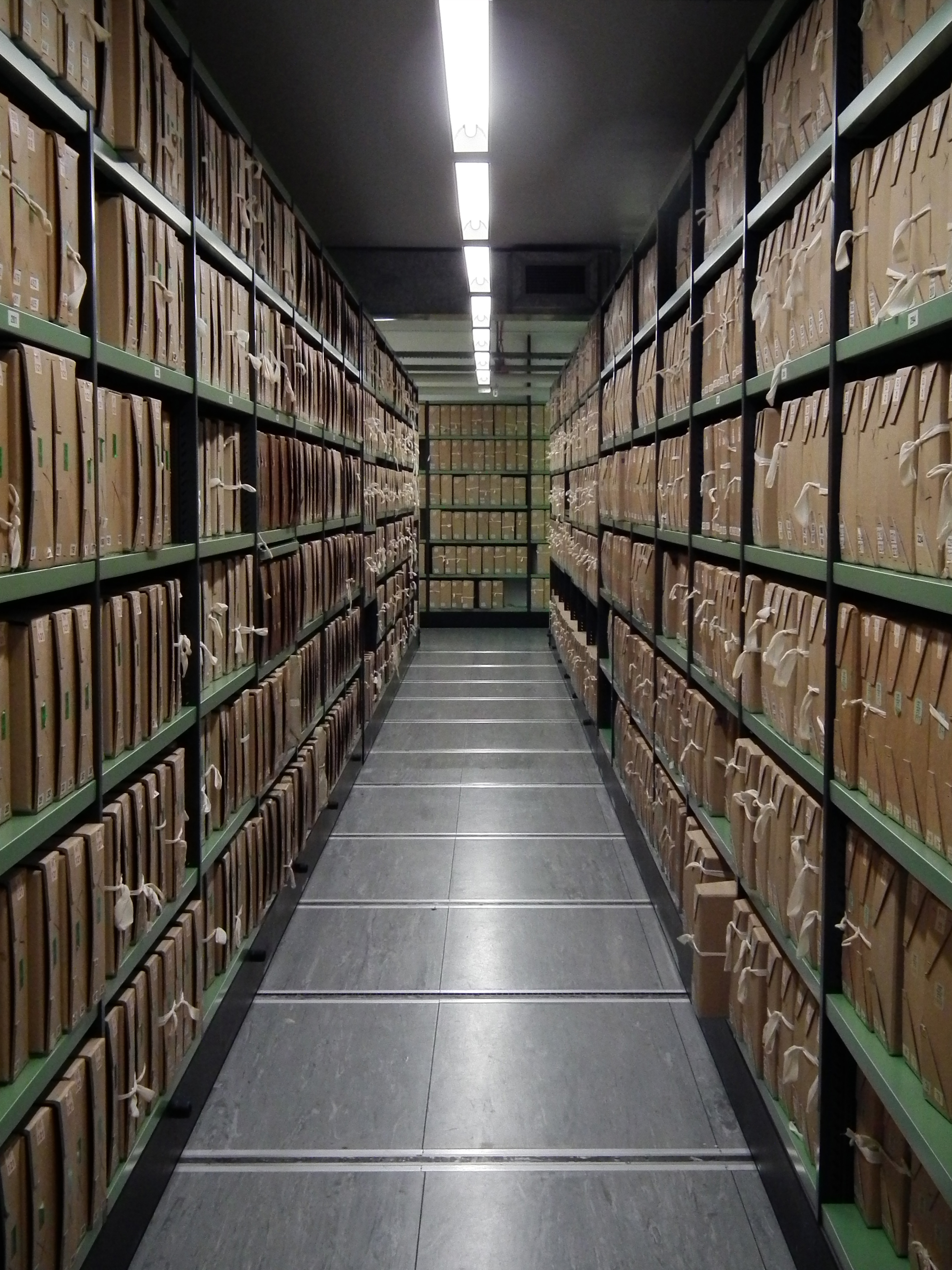 Students in the “Interrogating the Archive” seminar rethought exactly what constitutes an archive. Wikimedia Commons/CC BY 3.0. Image cropped.

The meeting was tense from the beginning. And the tension only increased as it became clear that the only voices on the agenda were the regents’, the loudest of whom opposed the report’s recommendations. The regents threatened to arrest John Wright, an African American faculty member and adviser to the task force, after he stood and waited silently to be recognized to speak. Finally, after continued audience pressure and protest, they allowed him to speak. His speech brought questions about preserving historical knowledge and bringing it to the fore: “The single best source of information on African American life on this campus, on the policies of the university administration, on positions of the regents, and so forth,” Wright noted, “is not in the university archives. It’s in the archives of the black press.”

We watched the Board of Regents meeting, first in person and then later on video, with fellow faculty and students enrolled in an interdisciplinary graduate seminar on “Interrogating the Archive: Preserving and Interpreting Knowledges of the Past.” With support from Minnesota’s Center for German and European Studies, the seminar brought together three campuses: the University of Minnesota Twin Cities, Ruhr-University Bochum, and the University of Helsinki. The seminar group included four professors—the two of us, along with Juhana Aunesluoma in Helsinki and Hilde Hoffmann in Bochum—and 33 students from a dozen disciplines. In fall 2018, we convened weekly by video. We explored questions about which events and perspectives on the past do and don’t get preserved in official archives, and how more diverse perspectives are revealed by expanding “the archive” to include less-official sources such as personal memories, “counter-archives” like the RomArchiv on gypsy history, and even sound recordings. We had scheduled a follow-up “in-person” UMN workshop in April 2019; the Board of Regents’ meeting, with its focus on contentious interpretations of the University’s past and its archives, offered a learning opportunity too good to pass up.

The controversy at the UMN had begun with a 2017 university library exhibition, “A Campus Divided: Progressives, Anti-Communists, Racism, and Anti-Semitism at the University of Minnesota, 1930–1942,” which documented institutional discrimination, political surveillance, and student activism at the university. Under pressure from students, university president Eric Kaler appointed a task force to investigate this history. The task force, composed of university professors and students, issued its report in February 2019. In March, some members of the Board of Regents responded to its recommendation to rename four buildings by accusing the task force of “academic dishonesty.” Then the Board called a special April meeting to discuss the report and act on its recommendations.

Given the close connections with our seminar's themes, it seemed like a good idea to take the students-both Minnesotans and visitors-to witness at least part of the Regents' meeting, especially since Leslie Morris had herself been a task force member. We observed the first hour of discussion, and later in the day, over dinner, we all watched the video of the rest of the long session. We saw the audience members' protest and the confrontation between them and the Regents. Following Wright's speech, we watched the Regents vote 10-1 against renaming the buildings.

We explored questions about which events and perspectives on the past do and don’t get preserved in official archives, and how more diverse perspectives are revealed by expanding “the archive” to include less-official sources.

In response to questions posed after the workshop, students made direct connections between our seminar and what we had witnessed. The selectivity of knowledge stored in official archives and the relationship between interpreting the past and holding institutional power had been central issues in our seminar readings and discussions. Many students saw these issues come to life at the meeting. In the words of George Dalbo, a Minnesota student, the meeting showed that: “Archiving and archives are not neutral. Indeed, archiving and archives are political in nature. Archiving and archives privilege certain types of information over others.”

Minnesota student Sarah Pawlicki made similar observations. In the Regents’ debates, Pawlicki noted, “We were witnessing attempts to preserve exclusiveness—via racism, anti-Semitism, and anti-Communism—in order to preserve an unjust, racist status quo. . . . In the [Regents’] calls to memorialize bigots for the sake of ‘historical context,’ I see attempts to control the narrative by simultaneously declaring that history matters tremendously, and that it also doesn’t matter at all—that preserving this much-vaunted ‘historical context’ at any cost is seen as a worthy goal, while simultaneously denying the effects this very history has on marginalized communities today.”

The students from Europe also saw what transpired at the meeting as a fight for institutional control over historical memory, even if the particular power relations were unfamiliar. Claire Gilray, a Helsinki student, was struck by the Regents’ lack of accountability: “My mind was blown by bearing witness to the institutional power relations in the regents’ meeting. . . . The idea of political actors on whatever level making decisions about the university, despite what those who actually work at or study at the university would prefer, was a completely foreign concept to me.”

Students also noted that documentation was introduced from a variety of types of formal and informal “archives,” such as the university archive and the press, that helped illustrate the seminar’s deliberately expansive notion of the archive. Scott Memmel, a Minnesota journalism student, noted that the task force “had used newspaper articles in the Minnesota Daily, the Minneapolis Star,and the Minneapolis Tribune, among others, as evidence in their report to the Board of Regents.” This evidence went beyond that stored in the official institutional archives.

Other students noted the role of what might be termed “counter-archives,” especially the Black press of the 1920s and 1930s, which, as Wright stated at the meeting, covered and criticized patterns of segregation at and beyond the university. As Dalbo said, “It is not just the question of what information is archived, but also which archives we continue to legitimize, privilege, and access. Not only did Professor Wright highlight the existence of a counter-public discourse and an alternative archive in the Black community and press, but he also became the embodiment of this archive. . . . In the end, it seems that this archive was seen as less legitimate than what was understood as the official archive by the majority of the Board of Regents.”

The very buildings in question were also archives.

Several students underscored how the very buildings in question were also archives whose forms and names materialized the politics of historical memory. For Gilray, the focus on campus buildings “brought to mind our seminar discussions on the city as an archive—in this case, the university campus as an archive—and how the physical presence of archives, including how buildings are named and who they are named after, shape and influence the present.” Dalbo added, “The building names follow and present a narrative of the history that simultaneously honors some and erases other people(s) within the history.”

Some students noticed the politics of archiving during the historical processes they were witnessing. Referring to blacked-out sections of the official meeting video, Bochum student Max Neumann pointed out, “When we met to socialize and gathered around the laptop to watch the rest of the meeting, we noticed the camera cutting out the events when things seemed to escalate, leading to the speech of Professor John Wright. It was interesting to be confronted with what seemed to be a kind of censorship in a situation where it would be of high importance to be able to retrace every step of the procedure. Again, a perfect transition to our topic of creating and negotiating memory and archive.” Jana Gierden, a student from Germany studying at Minnesota, who had been active in the student renaming movement even before she took the seminar, thought it would be “worth mentioning” that the Regents’ threat to arrest Professor John Wright and the audience members’ solidarity were not included in the official video recording of the meeting.

On a slightly more hopeful note, several students alluded to the possibility of “changing the narrative” through public debates over knowledges of the past. In the words of Bochum student Theresa Solbach, while “the buildings on campus can be understood as archives, with their names representing a dominant narrative, the debates and protests in April showed that even seemingly dominant narratives can be contested and are thus subject to change.”

As these students’ reflections make clear, witnessing this debate over the university’s past offered an occasion to make connections between the seminar and ongoing concerns. By putting the public spotlight on a variety of forms of archiving the past—ranging from official university records to the Black press to the very building in which we were meeting—the renaming debate served as a clear case study of “Interrogating the Archive.”