In 2009 Drew University embarked on an experiment, what we called “a 21st-century model for graduate education in history” (see the February 2009 issue of Perspectives on History). The Great Recession had barely begun, but it was already clear that doctoral programs in the humanities would have to adapt to hard new economic realities. We therefore thoroughly revamped our graduate program, rechristened it History and Culture, and set these goals: to accelerate the completion of degrees, to give our students broader interdisciplinary training, to prepare them for nonacademic as well as academic careers, and to promote less isolation and more community in graduate student life.

The History and Culture program is now five years old, and in that interval, like many other graduate programs, we have been buffeted by changing administrative pressures and priorities. One of our university presidents created the program. Under his successor, a university committee proposed to end the program to cut costs. That didn’t happen, because we successfully argued that History and Culture in fact operated at a profit—and because our students conducted an impassioned letter-writing campaign. A third president, who has just taken over, aims to close a big deficit by attracting more students to all university programs, including ours.

So even in its launch phase, History and Culture weathered the storms of the post-2008 academic world. And while the program is too new for any final conclusions, we already have a sense of which of our experiments worked, and which didn’t. 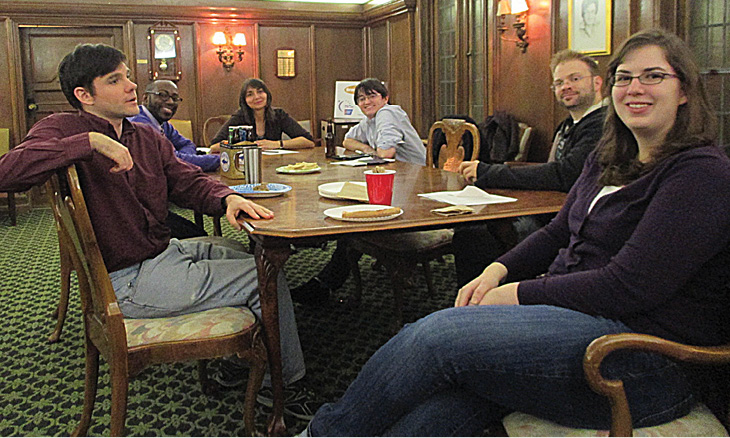 History and Culture was designed to enable a full-time student, with no competing job responsibilities, to complete the MA and PhD in five years. Recently we awarded our first doctorate to a “mature” student who, while holding a full-time job in high school administration, finished the degree in four and a half years. That individual was wonderfully motivated, no doubt, but his progress was speeded by streamlined program requirements.

For example, we eliminated the foreign language mandate for students specializing in the anglophone world. Timed, closed-book comprehensive examinations have been replaced with open-book historiographical “capstone essays” surveying broad areas of scholarly literature. Even if their first drafts are unsatisfactory, students can fairly quickly revise and resubmit.

In place of the traditional MA thesis, we now require a research tutorial in which the student writes a publishable research paper under the supervision of a faculty member. A 40-page paper can be produced more expeditiously than an 80-page thesis, and it gives the student something that can be published in a journal before he or she goes on the job market.

Although History and Culture grants degrees only in history, it has a very strong interdisciplinary emphasis. Doctoral students are required to take at least two courses taught by nonhistorians, and one of their three capstone essays must deal with an interdisciplinary field. Perhaps our most popular course is the interdisciplinary seminar, team-taught by one historian and one nonhistorian, addressing a common topic from diverse perspectives.

Half our faculty is drawn from departments other than history: English, anthropology, sociology, German, classics, political science, religion, art history, music, and archival studies. Thus a small liberal arts college is able to support what the AHA would define as a midsize graduate program. We can also produce dissertations exploring the border regions between disciplines, such as a reception history of Flannery O’Connor or a study of the artist-philosopher Asger Jorn and the Situationist movement.

Careers beyond the Academy

Fully a third of all history PhDs work in areas other than college-level teaching—mainly government, nonprofits, corporations, and K–12 education.1 Driven by that realization, as well as by a conviction that historians should more directly address the larger public, History and Culture from the start explored ways to prepare its students for nonacademic as well as academic work. In that sense Drew University pioneered what the AHA is now pursuing in its Career Diversity Initiative, enabling “historians to mobilize their graduate training for jobs that do not necessarily involve history work per se.”2

One effective innovation is our Writing as a Public Intellectual Workshop, a one-credit course required for all third-year doctoral students. Here they learn from a professional author how to write on intellectual topics for lay audiences.

We also experimented with a public humanities seminar, a course intended to introduce students to foundations, museums, and other cultural institutions. Frankly, it was not a success: you can’t learn much about the world beyond the academy if you don’t leave the classroom. We therefore redesigned that course as a public humanities internship, where students receive course credit for working with nonacademic organizations and producing papers related to their work. One student collaborated with the Irish Consulate in New York City to produce an exhibit and pamphlet chronicling the role of James Connolly (the legendary Irish firebrand) in the 1913 Paterson silk workers’ strike. Another conducted research for a Food Justice Information Tool Kit, to be disseminated by the UN-affiliated Global Justice Office of the United Methodist Women.

In fact, the first full-time job placement for a History and Culture doctoral student was as the assistant director of professional development for the American Social History Project at the CUNY Graduate Center, where he develops teacher workshops and other public history programs. Another student is a Publicly Active Graduate Education (PAGE) fellow at Syracuse University’s Imagining America Institute, which promotes engagement between scholars and local communities. A third student became one of the first resident experts on Reddit’s AskHistorians forum, which now fields hundreds of questions a day from lay readers. And a fourth, who describes himself as growing up in Harlem during the “crack era,” has been inspired to launch a Harlem community book club and two web radio series, devoted to “The World of Ideas” and “Religion and the Modern World.” This is exactly what we had in mind when we trained our students for “public humanities.”

Every graduate program must deal with the loneliness of the long-distance doctoral student. While their twentysomething peers enjoy the gregariousness of office work and urban single life, our students spend years alone in libraries and archives chasing footnotes. The problem becomes particularly acute when the structure created by course work comes to an end.

Drew University has not discovered a total solution to this anomie, but we have found that creating support groups for doctoral students can help maintain morale and forward momentum. Another positive social outlet created entirely by student initiative (no professors need apply) is our Intellectual History Club, affectionately known as Derrida over Pizza.

All third-year doctoral students must participate in organizing our annual Dean Hopper New Scholars Conference, which showcases research by graduate students and recent PhDs. This is almost entirely a student-run show, and that collaboration, perhaps more than anything else, creates a common bond and purpose among the organizers.

Given falling enrollments in humanities courses (even at the Ivies), one might legitimately ask whether we should continue to maintain history graduate programs at their present level. We at Drew University have three answers to that very pressing question. First, as outlined above, we are training our doctoral students to do more than just teach in colleges.

Second, while there are now fewer American 18- to 21-year-olds who might enter college,3 there is still a vast pool of 22- to 90-year-olds who have bachelor’s degrees but want to pursue further study in the liberal arts. Continuing education in the humanities has huge potential for growth. Drew University has tapped into that market with its Arts and Letters program, which offers master’s and doctoral degrees for anyone who is fascinated by liberal studies regardless of professional goals. Arts and Letters students frequently take History and Culture courses, alongside students who are preparing for academic careers. Thus they contribute to the fiscal viability of History and Culture, which actually earned a profit in AY 2012–13. And while Drew undergraduates are taking fewer humanities courses, these programs have allowed us to redeploy humanities faculty to graduate teaching.

Finally, we should deal with harsh economic realities by teaching doctoral students the broad range of skills necessary to survive in that climate. Let’s conclude with a case in point. One of our students entered the History and Culture program when she already had a teaching post at another college. Her vice president of academic affairs warmly approved: “That is exactly the type of training I want all of our professors to receive so they are prepared for the multidisciplinary programs I seek to create here,” he told her. She was soon brought onto a committee to restructure the college’s curriculum along interdisciplinary lines. More recently, to cut costs, that college dismissed a substantial fraction of its faculty—but she survived the cuts, though she had yet to gain tenure or complete her doctorate. As she concluded, “I attribute my good fortune to the History and Culture program,” which prepared her for a new and much tougher academic world.

1. Robert B. Townsend, “The Ecology of the History Job: Shifting Realities in a Fluid Market,” Perspectives on History (December 2011).