From Academia to a Think Tank: Reflections on How to Be Lucky 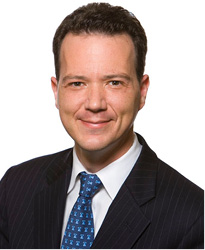 I wanted to be a professor. It wasn’t so much a goal as an assumption. My father was a professor, so for me, going to graduate school in history was less a conscious choice than it was a simple staying of the course. But I never got to be a tenure-track professor. Instead, I now work at The Heritage Foundation, a center for the study of public policy options. Or, as everyone calls it, a think tank.

My path to Heritage was fairly direct, but because graduate school was involved there was a lot of angst along the way. My career in academia flamed out partly because I was interested in an unfashionable field (contemporary British political history) and partly because I made myself unhirable by writing on an obscure topic (Britain’s first application to the European Union’s precursor). At heart, though, I wasn’t driven to write books, and the academy likes book writers.

So after getting nothing more than a few feeble nibbles on the academic job market, I counted myself lucky to get a position lecturing in history and helping my adviser, Paul Kennedy, run his center on international security at Yale. I felt even luckier when my wife got a job as an assistant professor of classics at Yale. We were the cover kids for perhaps the only hopeful story The Chronicle of Higher Education has ever run about the job market (April 21, 2000). It still makes me smile.

Still, in retrospect, I was already heading out the academic door: teaching a 3-2 load while running a center that hosts a hundred events a year doesn’t leave much time for research and writing. I also knew that—since this is Yale we’re talking about—my wife might not get tenure, so I thought I’d likely follow her to her next job and go full-time into academic administration.

But in April 2004 my wife was diagnosed with cancer. She died in a month. After a few years of standing around being stunned, I decided I had to leave Yale. By then, I knew I had no shot on the academic job market: I’d written too little. So I started calling people. Friends from college, friends who’d been through the Yale program, friends from other graduate programs—anyone who was working outside the academy.

And I found I had a lot of friends. If you want to break out of the academic track, stay in touch with your friends. The AHA is developing virtual mentorship programs, but I see no value in those. You don’t find mentors online. I was lucky that the senior faculty members I was working with—Kennedy, John Lewis Gaddis, and Charles Hill—supported students who left academia. But I was even luckier in my friends.

The point, obviously, isn’t that your friends give you a job out of charity. But while the job search process in academia is somewhat transparent—read the ads in Perspectives, apply for the (vaguely) relevant positions, interview, and accept an offer—it’s harder to find out about think tank openings, because recruitment is decentralized. Your friends are the network which beats that decentralization.

I ended up at Heritage for a few reasons. First, at Yale, I’d edged into blogging for Commentary, which gave me some practice writing for the fabled general reader about policy issues. Don’t underestimate how desperate online publications are for content, especially in this bright new era when (wrongly) almost no one gets paid for their writing.

Second, I am a conservative, and that’s what Heritage, which is proudly conservative, was looking for. And third, I was lucky that my ridiculous thesis turned out to be the perfect fit for a job focused partly on defending British sovereignty from the European Union. Fit is everything in any job market, but finding where you fit takes time. I’ve called myself lucky a lot in this piece, but luck’s just a synonym for buying a lot of lottery tickets. Most don’t win, but a few do.

So what goes on at a think tank? Well, every think tank has a different internal culture and operating model. Most think tanks also have an ideological mission, as Heritage does, or at least a more subtle ideological affinity. Most of them also require you to help raise the funds that support your job; I’m lucky that Heritage is one of the few places that isn’t like that.

So I write what I believe. I’ve never been told by a donor, or anyone acting for a donor, what to write. But every think tank has institutional priorities, and you have to both respond to breaking news and analyze broader issues. So your research program had better be partly shaped by the world, or you likely won’t have a job for long.

About 70 percent of my time is research and writing (or procrastinating while I gird myself up to write). But it’s not the kind of writing I was trained for. In academia, a 10,000-word journal article is run of the mill. In a think tank, it’s War and Peace, and it’ll be read about as avidly. Op-eds are 800 words. Talking points for an office on Capitol Hill are 600 words. Blogs are 400 words, or less.

And all of this has to be written at speed. You have to be an expert, but you also have to be able to communicate with people who aren’t experts—you have to be relevant, broad as well as deep, and concise. Apart from that, the biggest challenge is drinking from the fire hose of current events: it’s a busy world out there.

The rest of my time is spent on meetings and media work. In academia, if you write a journal article, that is, in a sense, the end of the job. But in a think tank, writing’s the least of it. You need to promote your ideas—with internal and external colleagues, the government, the press, and the public. Writing a piece and flinging it out the door won’t get the job done.

Traditional graduate programs aren’t good at any of this. They don’t emphasize short, relevant writing. They promote narrowness. They don’t encourage useful networking. Subtly or less so, they imply that time spent on writing for the public is time wasted. They don’t do much teacher training, which has some transferability to public speaking and media work. And while I can’t prove it, I share the sense that faculty today have fewer contacts outside academia than their colleagues in previous generations did.

So what could graduate schools themselves do better? Emphasize skills over knowledge. At a certain point, knowing how to know is more important than more knowing. Cut down the length of programs. It’s hard to go to graduate school for a nonacademic job when time to degree is close to a decade. So: fewer classes, shorter theses, and better advising. Get students through as rapidly as possible, while taking a sympathetic attitude toward internships or part-time employment along the way.

And stop calling it graduate school. It’s always rankled me that business school is professional education, but graduate school is just the school you go to after college. If you’re not doing it as a path to professional employment—in or out of academia—you’re doing it wrong. Getting a PhD can be a reasonable choice even if you don’t want to be a professor, if you have the right approach. But today’s system will fight you almost every step of the way. What graduate school should give you is simple: research skills; depth of knowledge in a particular field, coupled with reasonable breadth; and as many relevant connections to as many kinds of employment as possible.

How optimistic am I that my ideas will be adopted? Not very. All the incentives run the wrong way. A fundamental reason, I fear, is that academia has defined itself as a world outside the world, a liberal grove that’s above all a lifestyle choice. Expecting it to welcome the snake of reality into the academic Eden is like asking a gamekeeper to welcome poachers.

But it’s happening anyhow, whether academia wants it to or not. It’s happening, above all, because all those PhDs have to go somewhere. The irony is that most of the problems with graduate education in the United States—starting with the overproduction of PhDs into a saturated academic job market and continuing with the rise of the adjuncts and the approaching death of tenure, from the lack of interest in placement records and outreach beyond the academy to the dominance of politicized microspecialties—spring from a near-complete failure of professional responsibility on the part of the academy.

So the American academy is reaping what it has sowed. All it has to do to drive more of its graduates away is to keep on doing what it’s done for the past 40 years. The alternative to the status quo, therefore, isn’t nonacademic jobs. That’s today’s reality. The alternative is for the academy to stop relying on luck and instead make an effort to do preparation for nonacademic jobs right.

Ted R. Bromund is the senior research fellow in Anglo-American relations in the Margaret Thatcher Center for Freedom at The Heritage Foundation.