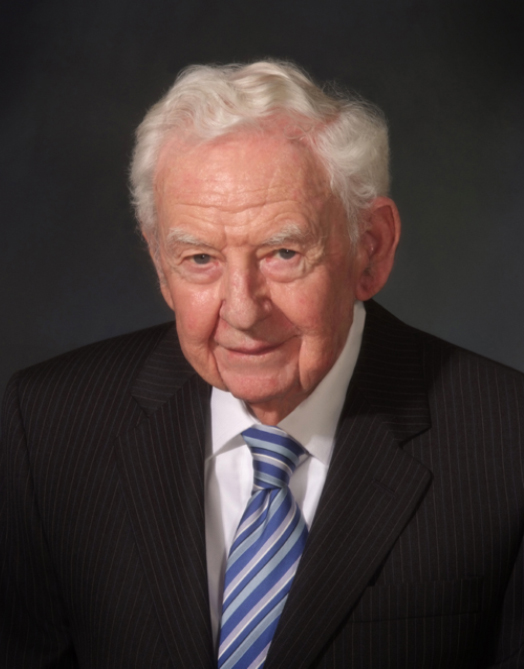 Shortly before graduation, Hunter hitchhiked to Lorain, Ohio, to enlist in the navy. He attended the Midshipmen’s School at the University of Notre Dame. His first duty was to teach naval history at the Naval Training School. Assigned to sea duty in 1945, he served on the USS Tennessee at Iwo Jima and Okinawa, observing first-hand the information systems that linked computers, guns, and radars, an essential part of Hunter’s intellectual development as a historian of science and technology.

Going directly from the Navy to Harvard University, he earned a master’s degree in 1947 and a PhD in 1952, writing a dissertation on the botanist Asa Gray, Darwin’s leading advocate in 19th-century America, that was advised by Arthur Schlesinger Sr.

In 1950–52, Hunter returned to his hometown of Lubbock, teaching at Texas Technological College (now Texas Tech University). In 1953, he resumed work on Gray’s biography as a research fellow at the Gray Herbarium at Harvard. The National Science Foundation interrupted his work on Gray when it selected him to lead a project on the history of science in the federal government. Sponsored by the American Academy of Arts and Sciences, his research became the landmark Science in the Federal Government: A History of Policies and Activities to 1940 (Harvard Univ. Press, 1957). It was the first investigation of its kind into the relationships between science and the US government. Two years later, he published Asa Gray, 1810–1888 (Harvard Univ. Press, 1959).

Hunter moved to the University of California, Berkeley, first as a visiting scholar in 1956 and then joining the history department in 1958. At Berkeley, he taught and held administrative posts, including assistant to Chancellor Glenn Seaborg and director of the Bancroft Library. His professional career, however, was firmly rooted in the study of science and technology with the historical insights this provided for US government policy. Throughout the 1960s, Hunter held numerous advisory posts with the federal government and scientific institutions, including membership on the Library of Congress committee that developed the National Union Catalogue of Manuscript Collections and consultant to the National Academy of Sciences’ Committee on Science and Public Policy, whose report he drafted. He was a member of both NASA’s and the Atomic Energy Commission’s historical advisory committees and served on the House of Representatives’ science and technology panel.

In 1968, Brown University appointed him George L. Littlefield Professor of History. Continuing his earlier research interests, he studied the social history of measurement while a fellow at the Center for Advanced Study in the Behavioral Sciences (Palo Alto) and was among the National Humanities Center’s first fellows. In the 1970s, Hunter held positions in numerous professional organizations, including the Smithsonian Council and the American Academy of Arts and Sciences, where he served as secretary and was also a fellow. He was adviser to both the National Science Foundation and the National Endowment for the Humanities. Hunter retired from Brown in 1981, yet continued an active academic life. Returning to Cambridge in 1986, he renewed association with the Gray Herbarium and the American Academy.

Hunter guided dissertations on a wide range of topics and periods. He was an open, accessible, and supportive mentor, as well as a passionate lecturer. When necessary, he effectively defended his graduate students’ unconventional academic interests.

Recognized as a leading historian of science and technology, Hunter received the Presidential Award of the New York Academy of Sciences and the Sarton Medal from the History of Science Society. Hunter is buried in Mount Auburn Cemetery in Cambridge, a few steps from Asa Gray’s grave. His papers are at Oberlin College.