Does the Historic Massacre of 1919 Warrant an Apology?

On April 13, 1919, British Brigadier-General Reginald Dyer ordered 50 troops to open fire on a gathering of about 15,000 to 20,000 people in Jallianwala Bagh, an enclosed park in Amritsar, Punjab, in colonial India. On February 19 of this year, nearly 100 years later, the House of Lords conducted a short debate on how the British government should commemorate the events of that fateful day. Lord Raj Loomba, born in Punjab, opened by expressing hope that the government would finally “make amends and offer a formal apology for the atrocities.” “It is a shocking event to recall, even after one hundred years,” he said, reminding the chamber that even Winston Churchill in his time had called it “an extraordinary event, a monstrous event, an event which stands in singular and sinister isolation.” 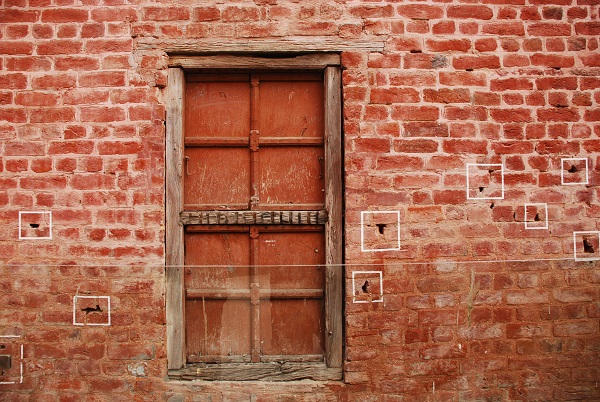 The next day, Kim Wagner, senior lecturer in British imperial history at Queen Mary University of London, tweeted his reactions. “Throughout the hour-long debate,” he wrote, “many of the usual misconceptions and factual inaccuracies were trotted out”—including the number of shots fired, the number who were killed, and the amount of compensation received by the victims and their families. “This is more than just an academic quibble,” he concluded. “When the facts cease to matter, the very grounds upon which historical claims are made, or apologies demanded, are critically undermined.”

Wagner’s new book, Amritsar 1919: An Empire of Fear & the Making of a Massacre (Yale Univ. Press, 2019), opens with scenes from what is perhaps the most popular account of the event—Richard Attenborough’s 1982 film Gandhi. As Wagner writes, this is “how many people today think of what was arguably the bloodiest massacre in the history of the British Empire.” In Gandhi, Dyer’s troops fire indiscriminately and without warning on a political gathering at Jallianwala Bagh. Men fall, women scramble toward a gate only to find it locked, a mother leans over her baby to protect it from bullets, and dozens of people jump into a well. When some try to scale the high walls of the park, Dyer directs his troops to fire on them, hitting them in their backs. Later we find out that the troops fired 1,650 rounds, killing 1,516 people; Dyer is revealed as soulless and unrepentant.

Despite being one of the “major historical markers” of the British Raj, Wagner says, the Amritsar Massacre isn’t understood very well. There are no visual records of the deaths caused by the violence, and British accounts of what happened and why vary significantly from Indian accounts. “Everyone can invoke it in a single word,” Wagner says, so “you never have to really go into detail because everybody assumes they know what that is.” In contrast, Wagner’s book goes into the details, offering a micro-historical approach to the massacre, the events leading up to it, and its aftermath.

To understand the massacre in 1919, one needs to go all the way back to 1857, when the first Indian uprising against the British took place: the so-called Indian Mutiny, during which hundreds of Europeans were massacred in places such as Meerut, Delhi, and Kanpur. In 1919, the Indian National Congress was cooperating with the British on reforms that would give Indians greater participation in governance. But, Wagner writes, “outright independence” from British rule was still a distant concept for many Indians. Rather, he says, Indians aspired to “the status of white dependencies of Empire, such as Canada or Australia[.]” At the same time, contradictorily, the British, haunted by memories of 1857 and ever fearful of a revolt by “savage” natives, were busy preparing the Rowlatt Act, which would give them sweeping powers to suppress any form of political agitation in India. Many Indians saw the Rowlatt Act as antithetical to the promised reforms. Gandhi, in response, called on Indians to pledge satyagraha, or nonviolent resistance, to oppose the act.

“General Dyer’s experience was basically incompatible with that of the Indians who were on the other side.”

These national events set the backdrop for what eventually took place in Amritsar. Inspired by Gandhi’s pledge, in late March 1919, local leaders and activists in Amritsar called for a series of general strikes that eventually led to the arrest of two local leaders. On April 10, when activists found out about the arrests, they gathered a crowd and started walking to a British official’s home to issue a petition to secure the leaders’ release. From an Indian perspective, writes Wagner, the petition acknowledged the British in paternalistic terms: rather than challenge the terms of rule, the Indians sought to appease. The British, however, reacted with racialized panic, meeting the crowd with a military picket. Shots were fired, and the crowd erupted into chaos. By the time things calmed down, five Europeans and dozens of Indians were dead. Many businesses associated with the British were burned, and two white women were physically assaulted.

It was the first time since the mutiny, Wagner writes, that “European civilians had been killed by Indian rioters, and white women had been attacked by brown men.” In response, the British issued an order forbidding any meetings or processions. The proclamation failed to have an impact. Activists, many either unaware of the proclamation or not believing that the British would actually resort to violence, proceeded to announce a meeting at the Jallianwala Bagh that would take place on April 13, 1919. The stage was set.

Up to 20,000 people were present at the park, anticipating a lecture by a 75-year-old local judicial officer. Many were out-of-towners, celebrating a religious festival, who just happened to be there. Others had shown up to see what the fuss was about. Few women were present, as was common in public gatherings in India at the time. When the speeches began, they focused primarily on the Rowlatt Act, the petition for the release of local leaders, and the sacrifices that Indians had made during World War I. Wagner says: “On the 13th of April, 1919, there was nobody in Jallianwala Bagh who thought about independence. They were not heroic freedom fighters. They still had an abiding belief in the ultimate justice of the Raj, and they still thought of the British government as being the arbiter of justice.”

Dyer did not go to Jallianwala Bagh with the intention to massacre people. But when he got there, Wagner writes, “he was overwhelmed by the sheer size of the gathering that he had walked in on.” Dyer later noted that he had “no doubt” that he was “dealing with no mere local disturbance but a rebellion[.]” Fearing a “great offensive movement gathering” against him, Dyer ordered his troops to fire.

As Wagner says, the massacre illustrates the difficulties of creating a set narrative about the event and what happened. “General Dyer’s experience,” he says, “was basically incompatible with that of the Indians who were on the other side. They were facing each other, but they were by no means experiencing the same situation.” The Indians expected a paternalistic British government to ultimately be just in its rulings and actions, while the British reacted with racialized fear and violent suppression. Following the massacre, the British did not remove the dead, provided no immediate medical assistance to those injured, imposed a curfew and martial law, arrested and tortured individuals they suspected were involved in the April 10 riots, and in an instance that particularly reveals the racialized nature of their retribution, enforced a “crawling order” that made locals wanting to pass through an alley where a British woman had been assaulted during the riots to crawl on their bellies.

British censorship ensured that details of what had happened in Amritsar took months to emerge. It wasn’t until October 1919 that the British, facing growing criticism from Indian political leaders and the vernacular press, set up an investigative committee, and it wasn’t until its report became available that the British press and public became aware of the true scale of the massacre. In July 1920, the House of Commons voted to censure Dyer for his actions. Those opposed to the measure justified Dyer’s actions as necessary. Those in favor noted the “un-English” nature of what happened and painted his actions as a blemish on an otherwise untarnished British rule.

“The British government is never going to apologize for the Empire.”

Wagner’s mining of the archival records discloses insights into the massacre that challenge some of the most commonly held beliefs about it. Examining both British and Indian estimates as well as accounts by eyewitnesses, he argues that 500 to 600 is a more “plausible estimate” of the casualties. He also finds that eyewitness accounts recall only one or two bodies as having been recovered from the well inside the park. These estimates differ quite starkly from the ones that often frame current conversation about the massacre, particularly the debate about whether the British should apologize. The number of dead, according to Wagner, is both higher than what the British officially estimated and much lower than what many Indian nationalists and those asking for an apology claim. The number, however, he says, doesn’t “actually change the enormity of what happened.” But, he adds, “If we don’t have the facts, it becomes just a deeply emotive discussion.”

Wagner says that he has thought about the question of apology for a while and considers himself “cynical.” He says he’s always wondered why, “of all the things that you could ask for,” one would ask for an apology for Amritsar. In the history of the Raj, there are things, he says, like the Bengal famine or the partition of India and Pakistan that were arguably “many, many times worse.” The “obviously one-sided” nature of the massacre, however, he says, makes it an easy event to demand an apology for. Furthermore, because the event also symbolizes the inequities of the Raj, he continues, “an apology for Amritsar” becomes “an apology for the Raj more generally.” The problem with this, Wagner says, “is that the British government is never going to apologize for the Empire.” An apology for one man’s actions, he says, is “deeply problematic because it perpetuates a narrative of the British Empire as a force for good in the world. And that, to me, is really achieving the opposite of what an apology is intended to achieve.”

So rather than an apology, what Wagner wants for the centennial of the event is “a real reckoning with the past and what happened.” There could be a public debate, a ceremony, or something else—its exact form, he says, is not so important. With Brexit having opened “the floodgates” for British nostalgia for and amnesia about the Empire, he says he wants a “real debate about the bloody nature of the British Empire.” “It’s a deeply bitter and it’s a deeply emotive debate that’s going on in the moment in Britain and one in which I’ve sometimes found it a bit futile to sit and shout about facts and what actually happened,” he says.

Wagner isn’t hopeful that his book will change the conversation on Amritsar. When there’s a demand for an apology, he says, “people who are deeply invested in the Empire as a force for good . . . feel personally under attack.” A book, he says, won’t “necessarily change people’s minds.”