Inside Ben Franklin’s World: An Interview with Podcaster Liz Covart

In February, Perspectives on History ran a story exploring the current boom in history podcasts, and found that podcasts allow historians to both disseminate their work to a wider audience and to develop professional connections with other academics. AHA Today recently spoke with Liz Covart, creator of Ben Franklin’s World, an interview-driven podcast focusing on current scholarship in early American history, about her experiences in the world of history podcasting.

How would you describe Ben Franklin’s World?
Ben Franklin’s World is an interview-driven podcast about early American history. Each episode features an interview with a guest historian and together we cover a topic from the colonial period through the Age of Jackson, although we occasionally talk about the Civil War. Most interviews are based on books, but some focus on a documentary editing project or public history project.

What is your podcasts’ origin story?
I decided to start a podcast in early 2013 because I couldn’t find a history show that I wanted to listen to. At the time, I had no idea how to podcast, but I knew how to research. I used my skills as a historian to study the media: what made podcasts popular, how they differed from radio, show structure, how to reach my target audience, and the long-term prospects for podcasts. Admittedly, I might have gotten carried away, but all of this information has helped me produce Ben Franklin’s World and grow it.

How does your podcast fit within your career as a historian?
Ben Franklin’s World started as an experiment: Were nonhistorians interested in scholarly history? Would they read and learn more about scholarly history if they knew where to find it?

In less than a year and a half, my growing audience has answered both questions with an overwhelming “YES.” Their interest has me thinking about a new type of historical career, one that blends my interests in both early American history and how historians communicate scholarship.

Between 2001 and 2005, I viewed the “David McCullough phenomenon” from a front-row seat. I worked for the Boston National Historical Park as a seasonal interpretive ranger. At the start of summer 2001, visitors came to the park wanting to know how to climb the Bunker Hill monument, tour the USS Constitution, and where they could find Cheers. By the end of summer 2001, and throughout 2003, visitors started asking really detailed questions about the American Revolution and they wanted in-depth answers. Many would preface or end our conversation with something to the effect of “You know, I really hated history, but then I read McCullough’s John Adams because everyone else was reading it.”

I have a long way to go, but Ben Franklin’s World has allowed me to create a smaller version of the “McCullough phenomenon” for scholarly history. 41 percent of my audience has read a book or visited a historic site because they heard a site director or a historian speak about their work on the show. Emails, tweets, and interaction in a Facebook group for listeners, reveal that Ben Franklin’s World is inspiring conversations like those I witnessed between 2001 and 2003. Moreover, the show is providing listeners with a better idea of the important work historians do. This type of knowledge creates respect and advocates for history and historical research.

Who is your intended audience?
Like many podcasters, I created my show with an ideal listener, or podcast avatar, in mind. Her name is Janet Watkins. She’s a 22-year-old pre-med student at the University at Buffalo. She loves science and dislikes the fact that she has to take a history class. Her dislike for history comes from the fact that as a young, African American woman, she long ago grew tired of hearing her teachers talk of dates and the deeds of dead, white men. Besides, she loves science; what does she need history for?

I try to cover topics that will inspire Janet to love and appreciate history; to see that the topic is bigger than dead, white men, and that historical thinking can help her with her scientific thinking. My goal is to produce content that makes it hard for Janet to turn off the podcast. I want Janet’s boss at the student clinic to catch her listening to Ben Franklin’s World in a supply closet when she is supposed to be working. I want to produce content that makes Janet think,, “Boy, I can’t learn enough about early American history.” That’s my goal.

Who is listening?
I conducted a survey in late summer/early fall 2015 that reveals a great deal about the demographics of the Ben Franklin’s World audience. The audience has almost doubled since then, but here is what listener demographics looked like:

History Professionals:
No, I just love history: 78 percent
Yes, I am a professional historian: 16 percent
No, but I teach history in K–12: 6 percent

What goes into producing Ben Franklin’s World?
Ben Franklin’s World stands apart from other shows in both its content and production value. I focus on early American history and I research every guest and read every book cover-to-cover. I prepare interview questions that structure a book or topic in ways that will allow my audience to discover important information and explore said information without having to know a lot about early American history. My audience has told me that they love Ben Franklin’s World because interviews are in-depth, they never feel like I or my guests talk above them, and I ask the questions that are on their minds.

What may surprise people is how much editing I do. Audio is just like writing. You need to keep the story moving. People have limited time. To keep them listening, I edit to ensure that the audience gets in-depth answers without side conversations or extraneous details. I also re-record questions and move questions and answers around when needed. I have a professional audio engineer cut almost all extraneous speech–ahs and ums–add compression, adjust audio levels, and master each file so episodes sound as close to radio as possible. I double-check all files before I post them too. I want to ensure my listeners have the best listening experience possible. I want them to develop good impressions and have positive experiences with history and professional historians.

What are your hopes for the future of Ben Franklin’s World?
My goal for Ben Franklin’s World is to continue to grow its audience by producing great content. I want the podcast to serve as a platform and tool that historians can use to create wide public awareness about history and the important work they do. To this end, I intend to use the podcast from time-to-time to experiment with other ways historians can communicate scholarly history with audio.

For example, in 2016 I am working with the Omohundro Institute of Early American History and Culture. We partnered to create the “Doing History: How Historians Work” series. It’s a monthly program that airs on Ben Franklin’s World on the last Tuesday of each month. Each episode showcases different aspects of how historians work and why they study history. Our goal is to create public awareness about the work and collaboration that goes into producing scholarly books and articles. We are two months into our partnership and it is yielding positive results.

Ben Franklin’s World started with 288 downloads in its first month. Today, thanks largely to word-of-mouth support, the show averages over 54,000 downloads per month. People are tuning into scholarly history and they think it is interesting and cool. 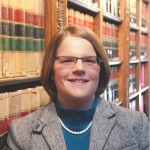