Does History Matter? A Cautionary Tale for the Tuning Project 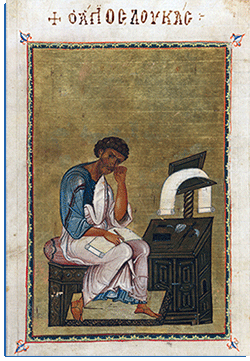 There is good reason to be concerned about the future of academic history and, more generally, the liberal arts. As increasing numbers of Americans seek higher education, colleges are under pressure to serve directly the vocational needs of students and businesses. Recent efforts to defend the liberal arts therefore emphasize the development of "transferable skills." A liberal education, advocates argue, prepares students for high-level jobs because it fosters critical thinking, analytical skills, and creativity. There is evidence that these skills may be developed more effectively in the liberal arts than in vocational fields.1

It is into this context that current discussions about the future of academic history should be placed. Anthony Grafton and James Grossman, for example, recognize that it will continue to be difficult for history PhDs to find tenure-track positions. In a high-profile essay in Perspectives on History (October 2011) they argue that departments must do a better job preparing doctorate students for careers outside history. Doing so, however, requires doctoral programs to deemphasize the primary purpose of historical study and to highlight the skills gained from graduate work: "doing research; conceptualizing relationships between structure, agency, and culture; combining research and analysis to present arguments with clarity and economy; [and] knowing how to plan and carry out long-term projects."

The Tuning project proposes similar goals for undergraduates for similar reasons. The first part of the project's proposed "History Discipline Core" states briefly the desired outcomes of historical study as including "empathetic citizenship" and "effective communication." The second part identifies a set of "competencies" and "learning outcomes" that history majors should master. If adopted, these competencies and learning outcomes would ensure all undergraduates rich intellectual experiences. They would move our profession beyond the lecture-based "coverage" model by engaging students in active learning, reflecting what we know about how students learn best.2

The risk, however, is that the Tuning process will turn the means into the end of historical study, displacing discussions about why students should study the past in the first place. If we defend studying history primarily in terms of skills, we may divorce history from the intellectual and moral commitments that we bring to our work and hope to pass on to our students. Here, a bit of history might inform.

Back in the 1820s, American colleges were under pressure to offer more practical education for a democratic society. For too long, critics argued, colleges trained students in the arcane study of ancient languages and ideas. Shouldn't college be useful?

In response, the trustees and faculty of Yale produced the Yale Report of 1828, a defense, in the report's words, of "the expediency of retaining the ancient languages, as an essential part of our course of instruction" when the "public now demand, that the doors should be thrown open to all; … that the instruction given to those who are destined to be merchants, or manufacturers, or agriculturalists, should have a special reference to their respective professional pursuits." The report's authors sought to convince a skeptical public that learning ancient languages and reading ancient texts remained important.3 To do so, they proclaimed the two principal goals of collegiate education to be "the discipline and the furniture of the mind," a distinction akin to skills and knowledge.

The report was framed in terms of the psychology of the day, in which the mind was seen as composed of distinct faculties. The first goal of college education was "to call into daily and vigorous exercise the faculties of the student." Subjects should be chosen

which are best calculated to teach the art of fixing the attention, directing the train of thought, analyzing a subject proposed for investigation; following, with accurate discrimination, the course of argument; balancing nicely the evidence presented to the judgment; awakening, elevating, and controlling the imagination; arranging, with skill, the treasures which memory gathers; rousing and guiding the powers of genius.

The report then raised the question that critics of the liberal arts continue to ask: "Why ... should a student waste his time upon studies which have no immediate connection with his future profession?" The answer: classical education contributes to "professional skill." The report defended classical studies in terms that would appeal to those who cared little about liberal education. The reason to study classical languages and texts was not to learn about or from the ancient world, but because "the study itself forms the most effectual discipline of the mental faculties."

Certainly, Yale's faculty cared about the broader mission of liberal education. A graduate had "duties to perform to his family, to his fellow citizens, to his country; duties which require various and extensive intellectual furniture." A person trained for a single profession would be "a man of limited views and attainments." In contrast, "a mind richly stored with general knowledge, has an elevation and dignity of character, which gives him a commanding influence in society, and a widely extended sphere of usefulness." Yet the classics were defended primarily because they developed transferable skills, leaving them with no justification at all. By 1869, Harvard's president Charles Eliot could write in the Atlantic Monthly that the only difference between a student enrolling in a classical curriculum and one studying the modern curriculum is that "one eats beef; another mutton; but both are nourished" since any well-designed program—regardless of subject—could "form, train, and educate the mind."

Although the idea of "mental discipline" offered the classics life support, by the latter years of the century it sounded, in Caroline Winterer's words, "increasingly desperate and even ridiculous next to the more obvious and remunerative social utility of engines and bridges." For a while, prestige and college entrance requirements ensured that Americans would continue to link the classics with being educated. As the number of students learning Latin and Greek declined, however, fewer Americans inhabited a world in which the ancients were vital guides to the present, and the ancient world lost cultural relevance. After 1900, one could be considerededucated without any meaningful foundation in the classics.4

The process by which the classics lost their central place may be repeating itself today. More students attend college but only a small proportion major in the liberal arts; having a college degree no longer signifies knowledge of the liberal arts. The Yale Report's context therefore is not so foreign to our own. Critics then—like today—accused colleges of being places "where antiquated notions and habits are retained long after they are discarded by all the world besides."

Academic history faces an uncertain future in this environment. President Barack Obama, like his predecessor, does not emphasize the value of the liberal arts, as the AHA's president recently noted.5 Some governors propose subsidizing vocational fields while charging more—a sin or luxury tax—for the liberal arts. Across the country, policymakers hope to minimize the time students spend in general education courses, where many students gain their exposure to the liberal arts. In response, Patricia Nelson Limerick argued in a 2012 address that we must prove to students and employers the economic value of what we do by emphasizing the skills history majors develop.6

The liberal arts may incubate transferable skills, but it is not clear that employers want them as much as they say they do.7 Thus, we must continue to argue for the importance of history on its own terms. Knowledge of history helps Americans become critical interpreters of their nation and the world. It offers a framework to think about why and how human actions happen, enabling thoughtful, contextualized discussions of political, cultural, social, economic, and scientific questions. It situates us within forces, traditions, and conversations that have neither begun with nor will end with us, teaching us that the past is our inheritance whether we want it or not.

History matters and we must say so. If we bend too far in the current gale, our efforts to make the history major relevant may only render it irrelevant.

Johann N. Neem is associate professor of history at Western Washington University. He is author of Creating a Nation of Joiners: Democracy and Civil Society in Early National Massachusetts (Cambridge, MA, 2008) and, more recently, "American History in a Global Age" (History and Theory, 2011).

3. The Yale Report is discussed and reprinted in David B. Potts, Liberal Education for a Land of Colleges: Yale's "Reports" of 1828 (New York: Palgrave Macmillan, 2010).

7. Anthony Carnevale et al., What's It Worth? The Economic Value of College Majors, Georgetown University Center on Education and the Workforce (2011).