Now in Perspectives: Historical Reflections on the American-German Spy Scandal

The online summer issue of Perspectives on History has now includes an article by Keith R. Allen, a research scholar at the University of Giessen. Allen offers a historian’s reflection on the recent tension between Germany and the United States over intelligence gathering. The episode has received widespread press coverage and commentary, including articles in the Washington Post, the New York Times, Bloomberg News, and many other media outlets. Allen points out, however, that there was another revelation that’s been largely missed, and one that has a long history: 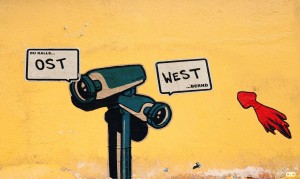 Chancellor Angela Merkel’s recent decision to expel the CIA chief of station in Berlin appears to have thrown German criticism of American espionage activities into overdrive. Even with the country immersed in the high drama of the World Cup, Merkel’s announcement galvanized the media: hard-driving journalists, in outlets ranging from the Süddeutsche Zeitung to Der Spiegel, portrayed it as a signal of new relations between Germany and the most powerful country on earth.

Sometimes, however, it’s the relatively obscure item in the back pages of the lesser-known newspapers, not the well-orchestrated diplomatic maneuver and accompanying press conference in the capital that warrants closer attention.

The week prior to the expulsion of the CIA chief witnessed a rare public acknowledgment from the Bundesnachrichtendienst (BND), or Federal Intelligence Service (the German equivalent of the CIA). During the first week of July, the Federal Intelligence Service confirmed the closure of its long-secret Joint Interrogation Centers (JICs) (Zweigstellen für Befragungswesen in German).

For nearly 60 years, at little-known sites across the country, German and other Western intelligence agents subjected asylum seekers, refugees, and others entering the Federal Republic to intense rounds of questioning. The story of the JICs, born in a spy scandal and closed in the middle of a much larger one, provides a telling example of how espionage disputes involving the United States and Germany have been resolved in the past. The tale of the JICs also offers clues to how German-led exploitation of intelligence may unfold in the future. Read more….