History and Modernity in the Arabian Peninsula

This blog post is second in a three-part series about the Venice Architecture Biennale. Last week AHA Today featured the Chinese Pavilion, and next week we will feature the New Zealand Pavilion. 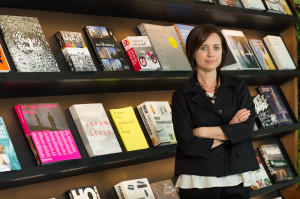 The United Arab Emirates Pavilion at the 2014 Venice Biennale’s world-renowned architecture exhibition will look like an archive. Curator Michele Bambling chose this design because when she was collecting materials for the exhibit, she often wished that there were more places in the UAE where she could find relevant historical documents, photographs, and oral histories about Dubai, Abu Dhabi, and Sharjah.

Entitled “Lest We Forget: Structures of Memory in the United Arab Emirates,” the UAE Pavilion responds to Biennale president Paolo Baratta’s suggestion that this year’s exhibition foster research. The theme, chosen by Rem Koolhaas, is Absorbing Modernity: 1914–2014. “Functioning as a provisional laboratory of archival research and drawing upon primary material, the project seeks the stories, photographs, and memories of the people who experienced these spaces during the hyper-pace of development,” the UAE Pavilion website announced earlier this year. “We invite the public to contribute materials and memories to the body of research.”

In a phone interview, Bambling said, “I wanted to facilitate as many experiences and memories of Emirati people, as well as residents and visitors.” She worked with Zayed University and UAE University professors and their students on the pavilion: “They have researched some of the buildings and case studies that will be shown in the exposition,” she continued. “They have actively gone out and held interviews and brought in material not on display elsewhere, like pictures from family albums, family histories.”

Bambling’s project began as the first collection of photographs taken for private use. She began working on this project while teaching a course on curating at Zayed University. She talked about the long process of gaining the trust of her students, who gradually chose to share their family pictures after viewing the work of photographer Susan Meiselas. Meiselas later visited the UAE and helped edit the book Bambling worked on with her students, Lest We Forget: Emirati Family Photographs 1950–1999.

Of the photos of women in the book, Bambling says, “Some were given to me by the grandmothers themselves. They wanted to share them because they wanted to be remembered and they wanted their daughters and granddaughters to see that they dressed differently back then. Many of the students who look at the pictures of women were surprised to see the abaya was loosely covering or the shayla wasn’t so tightly wrapped, there was casualness, but there were a lot of pictures that show just the hands of the women cooking, or part of the body, without photographing their heads out of respect for their privacy.”

Bambling explains that the first cohort of students brought in only pictures of male relatives, and a student exclaimed that a collection of photographs of men does not reflect the history of the country because it excludes women. “She began talking to the girls about bringing in pictures of women. And that’s how the pictures of the grandmothers were collected. She was rather conservative but she thought it was important.”

When she began planning for the UAE Pavilion, Bambling shifted her focus towards architectural history. “What you’ll see in Venice is a conversation around memories of the formation of the union through its architecture and urban development,” says Bambling. “What’s unique about this is the afterlife of the buildings, their legacy, use and memory, deterioration, and even when demolished the memories linger on in many people’s lives. The exposition is about tracing the past through all these different people and documentation and recollection of the changing cities of Abu Dhabi, Dubai, and Sharjah.”

When she returns to the UAE, Bambling plans to create an archive to house the documents she collected for the Venice Biennale.