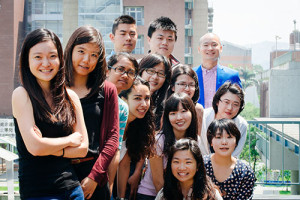 My father was displaced early in his life. I emigrated early in mine. These movements, language differences, and other circumstances cut me off from my extended relatives and from knowledge of my family’s background. Though I wasn’t aware of it at the time, I think I was drawn to other people’s pasts because I was disconnected from my own. My first book, Family and Empire: The Fernández de Córdoba and the Spanish Realm (University of Pennsylvania Press, 2011), studies families that pulled up roots and developed new vocations, identities, skills, and knowledge in an early age of globalization.

I am writing an article on perceptions of geography in the early modern Mediterranean, researching a book-length project comparing the development of the “West” and “Islam,” and co-editing a volume of essays in honor of an adviser on authority and spectacle in medieval and early modern Europe. I am also teaching Islamic history to a wonderful group of Taiwanese and international students at National Taiwan University (they’re with me in the photo). I am continuing to build the institutional structure of, and design the programming for, my three organizations: the Spain-North Africa Project, the Wheaton Institute for the Interdisciplinary Humanities, and the New England Renaissance Conference.

Teaching at a liberal arts college has helped me understand the importance of telling stories in compelling and accessible ways. Since I began to teach and after I established my organizations, I’ve become more engaged in connecting the research and teaching of history with broader audiences and societal currents. In recent years I have also participated in a number of collaborative research and institutional projects that have been tremendously invigorating and rewarding.

Modest Mussorgsky’s opera Khovanshchina. I’m not a specialist on Russian history and make no claims about the work’s representation of the past. However, I love Russian opera. When I was a graduate student, I saw the Kirov Opera’s production of Khovanshchina at New York City’s Metropolitan Opera. The libretto tells about social forces standing up to Peter the Great’s modernization reforms, including the “Old Believers,” a splinter group of the Russian Orthodox Church. The opera’s music, singing, and staging were stunning, and the finale—the Old Believers’ mass suicide by immolation—was vivid in its horror. The impact the opera made on me helped me understand historians’ ability to instantly put ourselves in someone else’s shoes regardless of differences in place and time, the empathic humanity of such an act, and the power of narrative in the form of performance.

I am thrilled to discover people who ask the questions I ask. At the same time, I’m also invigorated by other questions that force me to see things in unexpected ways. Though we may arrive at different answers, it’s hunting for them together that matters most. I also value my undergraduate and graduate mentors beyond words. Their erudition, generosity, and graciousness serve as examples for me, and their teaching still surfaces in all sorts of new ways. I feel very fortunate to be able to pass on their knowledge, training, and spirit to my own students.

I joined the AHA in graduate school and thought it was an intimidating assembly of strangers. I’m now a member in order to participate in the community, learn from the wide range of scholarship presented at the annual meeting, and contribute to the development of the profession and the professional association.

The serendipity of chance encounters: At the New York City AHA in 2009, a new acquaintance I had met while drifting between Saturday evening receptions introduced me to one of her friends who looked disturbingly familiar. The three of us went on to have a late dinner together and her friend and I finally figured out who each other was. It turns out we met as Fulbrighters in Syria 13 years earlier. At that time we were both fresh out of college and likely younger than our years would suggest. I never got to know him and at that time sensed we shared some sort of misunderstanding of each other. I didn’t realize he went on to graduate school after Syria and, like me, ended up studying medieval Iberian and North African history. Though it turned out we went down parallel paths, it was at the AHA where our steps finally intersected again. I was stunned to reencounter someone from a time and place in my life that now seem almost like a dream. But after reconnecting, we wound up at the same NEH summer institute on the Mediterranean and together established a new scholarly organization, edited a collection of essays, organized two conferences, and created a website. Our professional relationship has been and continues to be tremendously rewarding, and on top of that he’s one of the loveliest persons I know.

Institution building and renewal, the connections between interdisciplinarity, liberal arts education, and start-up entrepreneurship, Becoming—a creative community developing new approaches for collaborative education in Taiwan, Shelley Devine’s boot camp class on the Boston Common, and meeting new people with different compelling experiences. All these activities gauge what is possible in human actions and relationships and extend my own boundaries and awareness.

I’d love to learn more about the ways our profession can cross with entrepreneurship, and the results such intersections can yield. I’m excited to see where the study and practice of history and the humanities can lead us.