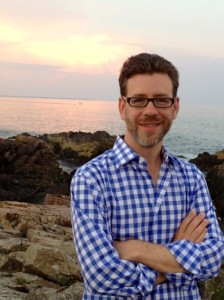 Stephen A. Berrey is an assistant professor of history and American culture at the University of Michigan. He lives in Ann Arbor, Michigan, and has been a member since 2006.

Fields of interest: African American history, race and culture, the US South, 20th-century US

I remember the precise moment when I became interested in studying history. I was an undergraduate sitting in a course on America in the 1960s and the professor, Robert Collins, was lecturing on post-World War II consumerism. In the middle of it he began reciting John Updike’s poem, “Superman,” which included seemingly 50 references to “super” things, including the supermarket, a train called the “Super Chief,” supercilious men, and “Super-Tone-O for relief.” The professor then proceeded to explain what that poem revealed about the 1950s. In that moment an entire world of history opened up to me. Poetry and silly phrases and the ordinary products of everyday life were historically significant? My whole conception of history shifted, and I was hooked.

I am at the very end of a book project (tentatively titled The Jim Crow Routine: Everyday Performances of Race and the End of Segregation in Mississippi, University of North Carolina Press) that explores race relations and racial transformations in the post-World War II era. In the book I use the concept of performance to analyze the ways in which African Americans and whites daily played racial roles. I chart those roles into the 1950s and 1960s to consider how racial practices did and didn’t change as segregation came to an end.

I am also working on a book that examines amateur blackface minstrel shows in schools and churches in the US from the 1930s to the 1970s. I am especially interested in understanding these local enactments within the context of broader national developments related to racial liberalism and the civil rights and Black Power movements.

In graduate school I was profoundly influenced by a number of studies (from Robin D.G. Kelley, Peniel Joseph, Timothy Tyson, Glenda Gilmore, Jane Dailey, and others) that challenged how I thought about black resistance and its relationship to the civil rights and Black Power movements. Those studies fueled my interest in the black freedom struggle and especially in understanding the types of resistance that culminated in the mass mobilizations of the 1960s. Since graduate school, I have steadily gravitated to cultural history and to the nuanced ways in which Americans think about and talk about race in the post-civil rights era.

Elizabeth Abel, Sign of the Times: The Visual Politics of Jim Crow (2010). Abel takes a familiar subject that we assume we know well—segregation—and uses visual culture to shed new light on the insidious nature of this racial system. It is an excellent model for considering how race (and for that matter, any social construction) weaves its way into the landscape, often quietly shaping the experiences of everyday life.

On a somewhat less serious note, I also recommend the British television show Doctor Who. How could any historian not love a clever show about time travel?

Historians still appreciate engaging narratives. Even as our roots are in the scientific method of central questions and evidence, the best work in history tells a good story. Indeed those are the stories that drew me to history. More than aesthetic preference, conceiving of history as a form of storytelling also sets us up to capture the complexities, the contradictions, and the messiness of the past.

I initially joined the AHA for the opportunity to attend the annual meetings and to meet the historians I most respect and admire. Indeed as a graduate student I scanned the program for attendees and each year I contacted several of them. I still look forward to the annual opportunity to connect with fellow historians.

No one particular moment stands out but one of the things I most love about the AHA is the opportunity to reconnect with friends who are spread across the country.

I love to read fiction as a way to disconnect from my professional life, and I am almost obsessive about reading something creative at the end of every day. Among my favorite writers are Haruki Murakami, Toni Morrison, Graham Greene, and Milan Kundera.