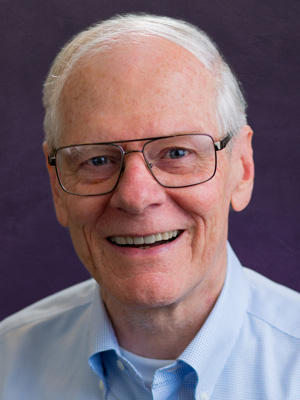 W.J. Rorabaugh, professor emeritus of American history at the University of Washington, died on March 19, 2020, from complications from non-Hodgkin lymphoma. Bill was a bright, engaging, and prolific historian of 19th- and 20th-century American political and social history.

Bill was born in 1945 to Matthew and Agnes Rorabaugh in Agnes’s hometown of Louisville, Kentucky, a place he and his brother, Jim (born 1951), called home. His sister, Mary, was born in 1958, as Matthew’s career with the US Geological Survey took the family to Florida, Missouri, Georgia, and Washington State. By the time Bill graduated from Stanford University in 1968, he was a committed West Coaster.

At the University of California, Berkeley, Bill studied under Charles Sellers. Drawn to the emergent field of social history, Bill wrote a dissertation about Jacksonian-era alcohol abuse and temperance reform. Academic jobs were scarce, and Bill gladly accepted a one-year sabbatical replacement slot at the University of Washington in 1977. UW hired him on the tenure track in 1978, and once ensconced in Smith Hall (alongside UW’s beloved cherry-blossomed quadrangle), Bill stayed for 42 years, retiring in 2019.

His first book, The Alcoholic Republic: An American Tradition (Oxford Univ. Press, 1979), was excerpted in the New Republic and created quite a stir. Bill calculated that Jacksonian Americans annually consumed distilled spirits at a rate of five gallons per capita. Readers were drawn to appendix six, a recipe for a madeira rum punch. Bill was tenured in 1982 and promoted to full professor in 1987. The Craft Apprentice: From Franklin to the Machine Age in America (Oxford Univ. Press, 1986) followed, and in 1993 Bill served as president of the Society of Historians of the Early American Republic.

By the late 1980s, however, Bill had switched fields. Moving more than a century forward, he became a respected and prolific historian of 1960s American politics and culture. Berkeley at War: The 1960s (Oxford Univ. Press, 1989) was followed by Kennedy and the Promise of the Sixties (Cambridge Univ. Press, 2002), The Real Making of the President: Kennedy, Nixon, and the 1960 Election (Univ. Press of Kansas, 2009), and American Hippies (Cambridge Univ. Press, 2015). Bill’s last book, Prohibition: A Concise History (Oxford Univ. Press, 2018), displayed his in-depth knowledge of both the 19th and 20th centuries as well as his engaging storytelling style. His return to the early Republic—a biography of Alexander Hamilton—is an unfinished work. His America’s Promise: A Concise History of the United States (Rowman & Littlefield, 2004, co-authored with Donald T. Critchlow and Paula C. Baker) was a model introductory textbook with a loyal following. He and Critchlow also wrote Takeover: How the Left’s Quest for Social Justice Corrupted Liberalism (Intercollegiate Studies Institute, 2013).

Bill was a popular colleague and teacher who could often be found chatting in Smith’s hallways, dressed in his trademark professional attire, slacks and a cardigan sweater. He was a hardworking service scholar and committee member who helped found the UW branch campus system and served as editor of Pacific Northwest Quarterly. Thousands of students studied in his courses on Jacksonian America, alcohol and prohibition, and 1960s; he regularly taught the US survey, senior seminars, and a 19th-century US graduate readings seminar. Bill supervised six doctoral dissertations and a score of MA theses.

Bill ate, slept, and drank history. Did he drink alcohol? Yes—but at a temperate rate of one pint of beer per sitting. He loved cold Coca Cola, but never Pepsi. Bill took a vacation each summer (often to Europe) and wrote in detail about his trip in his annual Christmas letter.

Bill is survived by his siblings and their 10 children in Mississippi, Georgia, and California. They were very attentive to Bill throughout his illness, and his nephew, William M. Rorabaugh, sat by his side during his final days. A lifelong bachelor, Bill leaves intellectual children—the many students drawn to his artful telling of American history.