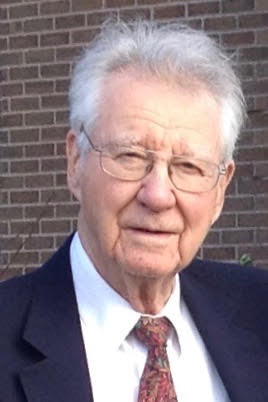 Robert Forster, professor emeritus of history at Johns Hopkins University, died on May 12, 2020, of congestive heart failure at age 93. Academics seldom are so universally admired as was Robert Forster. He was an intellectual guide, a mentor, an ideal colleague, and a loyal friend to his students as they finished their degrees and entered professional life.

Born in 1926, Bob was one of the “Greatest Generation” who served in World War II as a young man. Upon returning, he earned his BA from Swarthmore College in 1949 and then an MA in modern European history from Harvard University in 1951. During his dissertation research in Toulouse, he met his future wife, Elborg Hamacher, a sought-after translator and noted scholar. Married in 1955, they became the parents of two sons, Thomas and Marc (a professor of history at Connecticut College). After receiving his PhD from Hopkins in 1956, Bob taught at the University of Nebraska and Dartmouth College before returning to Hopkins in 1966 as professor of history until his retirement in 1996. Awarded many fellowships and honors over his career, he was made Doctor Honoris Causa of the University of Toulouse in 1985 and Chevalier de l’Ordre des Palmes Académiques in 1994.

Forster was a distinguished scholar of the Old Regime and the French Revolution. Influenced by the early emphasis on social history, more developed then in France than the United States, he adopted this approach in his research, including three elegant, deeply researched books: The Nobility of Toulouse in the Eighteenth Century (1960), The House of Saulx-Tavanes (1971), and Merchants, Landlords, Magistrates (1980), all published by Johns Hopkins University Press. Bob’s compelling works largely restructured a key cornerstone of French revolutionary historiography—that the nobility was enervated and the revolutionaries, motivated by the Enlightenment, could simply push aside a superannuated structure. Over several decades, Bob established beyond doubt that the nobles had been flexible and determined in their economic, political, and legal efforts to retain wealth and power. While the revolutionaries undermined the legal advantages of the nobility and their wealth, many in this elite were able to maintain a high status well into the 19th century. Bob’s intense research in archives outside Paris, notably provincial archives in Toulouse, La Rochelle, and Burgundy, distinguished his work.

As French history shifted from the metropole to the wider Francophone world, Bob stayed abreast of new currents in the field. After studying the economic activities of a noble family, he began focusing on the French colonies and race. His final book, Sugar and Slavery, Family and Race (Johns Hopkins Univ. Press, 1996), co-edited with Elborg, examined the papers of a 19th-century slave owner in the French Antilles. Bob’s interest in the psychology of white supremacy, often masked by the familial language of “paternalism,” undergirded this work, as he and Elborg explored the violence that upheld the hierarchies of race and class in Creole society in their introduction to the planter’s diary and correspondence.

During his 30 years at Hopkins, Bob retained the respect and affection of his colleagues in the history department, forging an especially close friendship with fellow French historian and frequent collaborator Orest Ranum. His students will remember his gentle good humor, his generous spirit, his intellectual curiosity, and, above all, his joie de vivre. His rigor as a professor had a positive influence on all of his graduate students, and taught us what it meant to be a historian and teacher. While we mourn his loss, Robert Forster’s was the epitome of a life well lived.