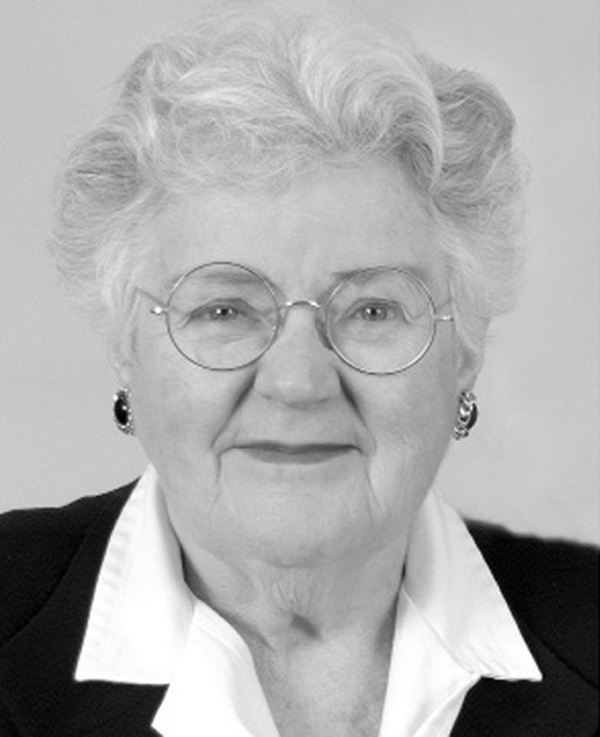 Mary Maples Dunn, historian, academic leader, and a lifelong, influential advocate for women in higher education and the historical profession, died in March. She was 85.

Born in Wisconsin, Dunn lived in places such as Hawaii and China before heading to the East Coast of North America to study history. She graduated from the College of William & Mary in 1954, and earned both a master’s and a PhD at Bryn Mawr College. She joined the faculty and was dean and then academic deputy to the president at Bryn Mawr before becoming president of Smith College in 1985. Ten years later, she retired and became head of the Schlesinger Library. From there, she was appointed interim president of Radcliffe College and navigated its transition to the Radcliffe Institute. In 1960, she married Richard S. Dunn, a historian at the University of Pennsylvania.

Among many honors, Dunn held fellowships from the American Council of Learned Societies, the Fulbright Program, the Institute for Advanced Study at Princeton University, and the National Endowment for the Humanities. Dunn was also a member of the American Academy of Arts and Sciences and the American Philosophical Society (APS), where she and Richard served as co-executive officers from 2002 to 2007. A recipient of the Radcliffe Medal, Dunn also held nine honorary degrees, including from her alma mater, William & Mary, and Smith. Funds named during her lifetime include the Mary Maples Dunn Prize for early American women’s scholarship at the Omohundro Institute, and the Mary Maples and Richard S. Dunn Fund at the APS.

Dunn was a historian’s historian, and she carried that sensibility through every position and institution. Her 1967 study William Penn: Politics and Conscience is still cited as authoritative in recent scholarship. With Richard, she served as co-general editor of the first three volumes of The Papers of William Penn and published The World of William Penn (1986), encapsulating a lively field of scholarship on the Penns, the early mid-Atlantic region, and what was just beginning to be referred to as the Atlantic world. Dunn’s 1978 essay “Saints and Sisters: Congregational and Quaker Women in the Early Colonial Period,” in American Quarterly, notably contributed to developing scholarship on the ways women experienced and interpreted religious life differently from men, and on the gendered constraints of early modern Protestantism.

At a time when there were few places open to women in academia, Dunn played a crucial role in expanding opportunities for other women. At Smith, she defended women’s colleges as spaces where women could “experience autonomy and power.” She also championed racial diversity and tackled discrimination based on race, gender, and sexuality. During her tenure as the president of the Berkshire Conference of Women Historians, the second annual “Big Berks” conference held at Radcliffe College in 1974 prompted the following New York Times headline: “The Woman in History Becomes Explosive Issue in the Present.” The newspaper quoted Dunn as saying, to “cheers from her . . . audience,” that “history for women has arrived.”

Ever the historian, Dunn knew that women’s history was significant not only for women, but for the discipline and the profession. The AHA’s current president-elect, Mary Beth Norton, recalls that Dunn played an instrumental role in getting women elected more frequently to the leadership of the AHA. “It is hard to imagine someone having a greater impact on the profession as a whole, and women in particular,” Norton says.

It is difficult to write of Mary Maples Dunn in the past tense, not only because of her extraordinary vibrancy, but also because she had so many professional second acts that it’s hard to think she wouldn’t have just one more. Dunn is survived by her husband, brother, two daughters, three grandchildren, and generations of colleagues, friends, and students who admired and loved her.