Joseph Reidy is a professor of US history and associate provost at Howard University. He lives in Laurel, Maryland, and has been a member since 1982. 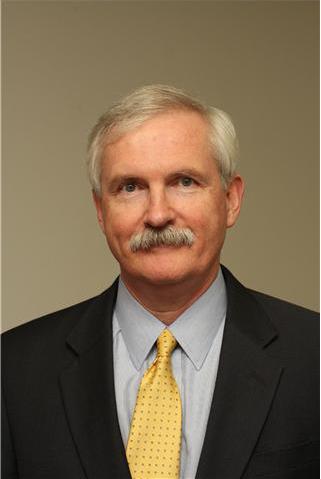 Joseph Reidy is a professor of US history and associate provost at Howard University.

Fields of interest: US Civil War and Reconstruction, US South, slavery and emancipation in comparative perspective

Describe your career path. What led you to where you are today? From my upbringing in parochial schools in New Jersey and Delaware and then Villanova University, I developed a deep sense of social justice within the Roman Catholic tradition. My graduate school experience at Northern Illinois University added a secular (that is to say, a Marxist) perspective and my work with the Freedmen and Southern Society Project at the University of Maryland, College Park, in the 1970s and 1980s added a focus on the African American struggles for freedom and equality during the Civil War and Reconstruction eras that have inspired my intellectual work ever since. From the time I joined the faculty at Howard University in 1984, I have been convinced of the immeasurably important role that Historically Black Colleges and Universities play in US higher education. For the past 16 years, I have served as associate provost with a clear view toward helping my university (and, by extension, the other HBCUs) to change the world for the better. Looking backward, the line appears pretty straight to me.

What do you like the most about where you live and work? Proximity to Washington, DC, is every US historian’s dream. The resources of the National Archives and the Library of Congress are peerless, and the overall intellectual climate created by the educational and cultural institutions of the city and its near suburbs is endlessly fascinating. For good measure, there is the national political stage, whose characters and the scenes they are enacting would inspire the Bard himself to new heights of eloquence were he only here to witness.

What projects are you currently working on? I am completing a book manuscript on emancipation during the Civil War, which examines how enslaved and free African Americans experienced the destruction of slavery through the lenses of time and place (in their figurative as well as their literal senses) and how the concept of home—at the level of the dwelling place through that of the nation and everything in between—informed everyone’s concepts of the new world in the making.

Have your interests evolved since graduation? If so, how? I have always viewed literature as a window into history (it was probably the work of William Faulkner that made a believer of me) and this conviction grows deeper over time. Lately, I am becoming increasingly interested in how the biology and chemistry of Homo sapiens affects the words and actions that become the raw materials of history. The notion that the study of history can provide a framework for all human knowledge continues to intrigue me.

What’s the most fascinating thing you’ve ever found at the archives or while doing research? Doing research at the National Archives while working with the Freedmen and Southern Society Project at the University of Maryland during the late 1970s, it seemed that not a day went by without uncovering a gem of a document, many in the words of African Americans. Some of these, such as the letter of the black soldier Spotswood Rice, have taken on iconic stature in the literature. The one I remember finding with the most understated power was the letter of the Maryland enslaved woman Annie Davis to President Lincoln asking him the simple and straightforward question: are we free? She desired to visit her people on the Eastern Shore and needed to know the answer.

Is there an article, book, movie, blog etc. that you could recommend to fellow AHA members? My colleague Edna Greene Medford’s short book, Lincoln and Emancipation (Southern Illinois Univ. Press, 2015), offers an important corrective to the tone of Lincoln hagiography that still suffuses much of the literature; even better, it provides succinct yet thought provoking insights into the tumultuous world of the enslaved during this critical time in the nation’s history. James McBride’s The Good Lord Bird (Riverhead Books, 2013) is simply a must read for its utterly fascinating fictional retake on John Brown’s 1859 raid on Harpers Ferry from the perspective of a formerly enslaved youth.

What do you value most about the history discipline? The discipline of history offers the key to unlocking not just the mysteries of the past but also of the human condition.

Why is membership in the AHA important to you? The AHA is the umbrella organization of historians in the United States. It helps to provide an intellectual center to the discipline, which is especially important as subfields and subspecializations continue to multiply. It provides an invaluable professional development service for historians at all stages of their careers. And last but not least, it advocates strongly for the study of history in the schools and for the appreciation of history in society at large.