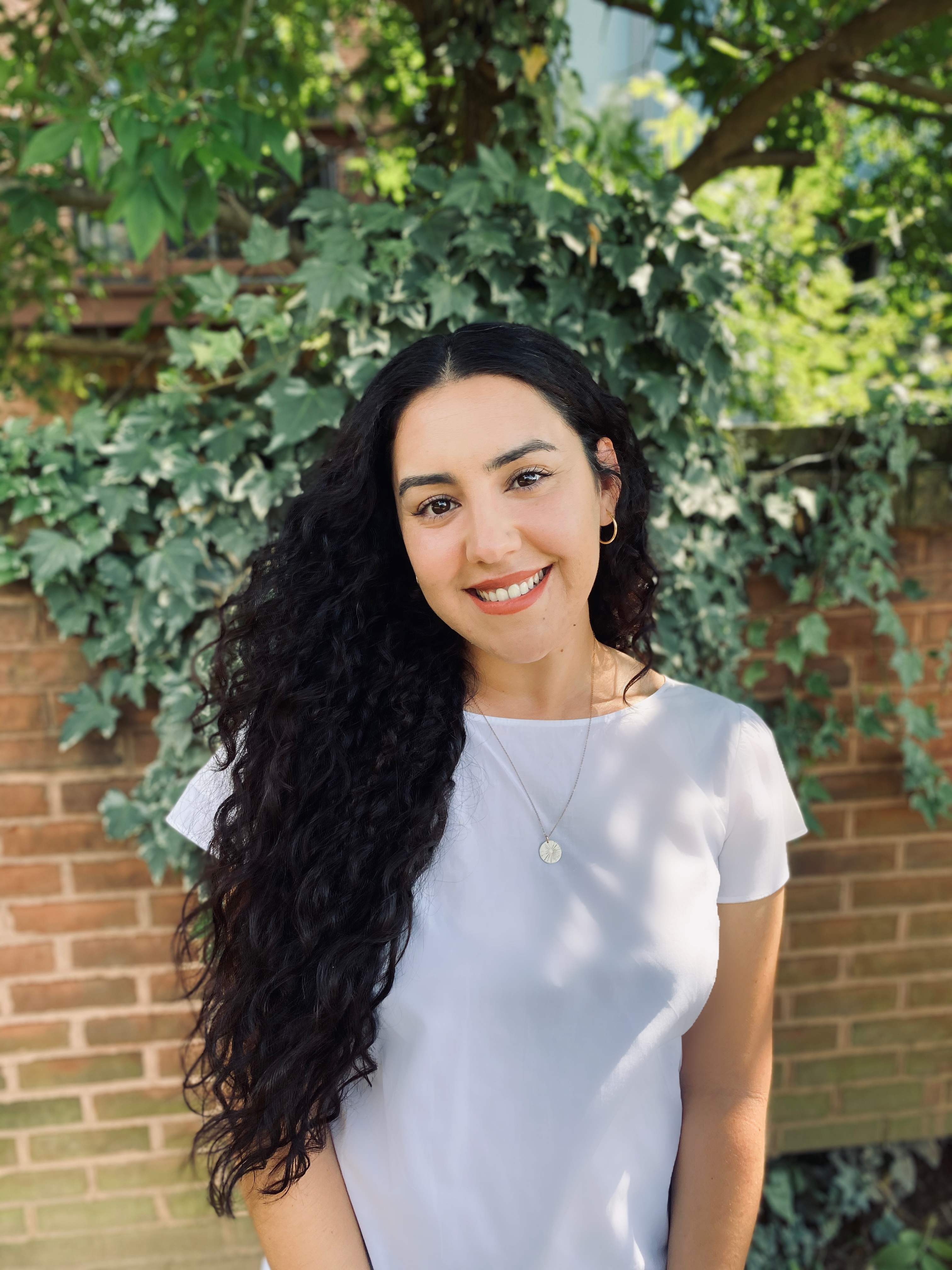 PhD candidate Melanie A. Peinado first joined the AHA in early March through the Career Diversity initiative. Days later, the COVID-19 pandemic forced the AHA to close its offices. Her work expanded beyond Career Diversity, and she began compiling “A Bibliography of Historians’ Responses to COVID-19.” The bibliography, along with the AHA’s Remote Teaching Resources, became part of the NEH-funded “Confronting a Pandemic: Historians and COVID-19” project.

Peinado now serves two roles at the AHA. Within Career Diversity, she is involved with the AHA’s Career Contacts program, which she described as her “own introduction to different opportunities for historians.” As a researcher, Peinado is excited to see “Confronting a Pandemic” continue to grow, and she looks forward to seeing the bibliography evolve online. Both roles have helped her to gain a broader view of what historians can contribute in a time of crisis. She has also enjoyed working with the Remote Teaching Resources that historians have shared. “I’m excited about teaching again,” Peinado told Perspectives. “Realizing that there is so much out there is letting me be more creative about what I can teach in the future.”

A third-generation Mexican American, Peinado is the first in her immediate family to speak and understand Spanish fluently.

Peinado is completing her dissertation on the history of law, medicine, and sexuality in 20th-century Chile at the University of California, Davis. She became fluent in Spanish while studying in Argentina and Chile. A third-generation Mexican American, she is the first in her immediate family to speak and understand Spanish fluently. In her free time, she enjoys dancing and experimenting with new recipes. 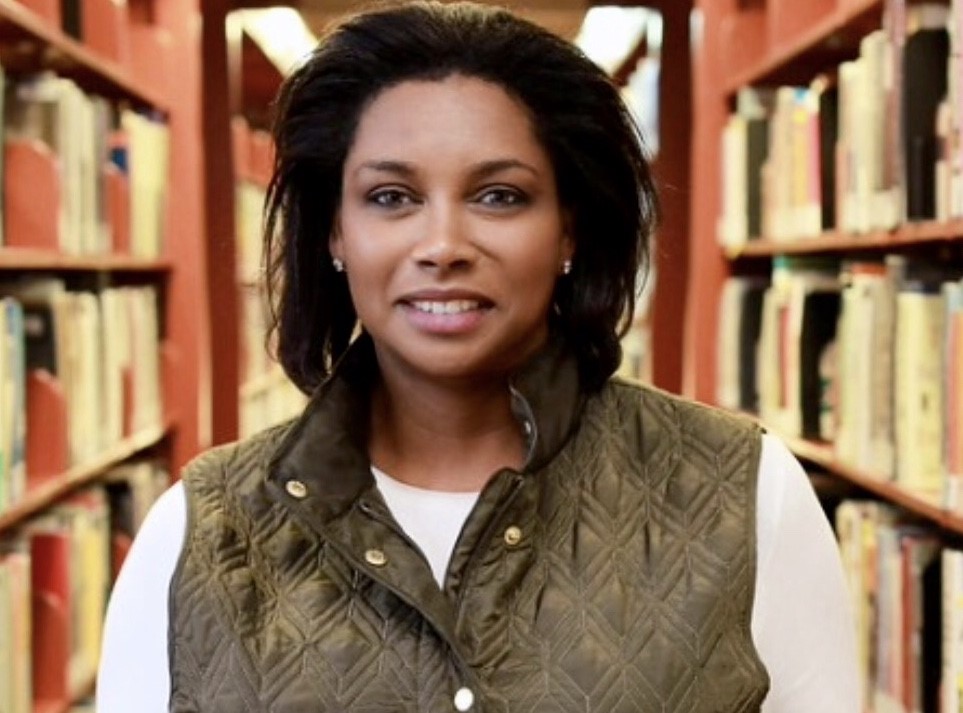 Maureen Elgersman Lee comes to the AHA as a researcher for “Confronting a Pandemic.” Previously, she participated in a focus group for the AHA’s “Extending the Reach of Scholarly Society Work to HBCU Faculty” project. This spring, she was teaching undergraduate courses at Hampton University when COVID-19 suddenly forced her and many other faculty to shift their teaching online. She looks forward to sharing with others the online resources that she found helpful through the Remote Teaching Resources.

Growing up in Canada, Elgersman Lee wanted to be an interpreter, and she dreamed of traveling or working for the Canadian government. Her interest in history did not spark until late in her undergraduate years at Redeemer University, where she majored in French. A work-study job in the registrar’s office gave her access to a large collection of course catalogs, which she spent her free time reading. She learned about history departments, the discipline, and the range of material covered. She completed her MA in African and African American studies and a PhD in humanities at Clark Atlanta University.

As a Canadian living in the United States, there are few things Elgersman Lee misses more than her family and Canadian chocolate, which she asserts is superior to its American counterpart. So if you ever meet her and happen to have some Canadian chocolate in hand, please feel free to share. 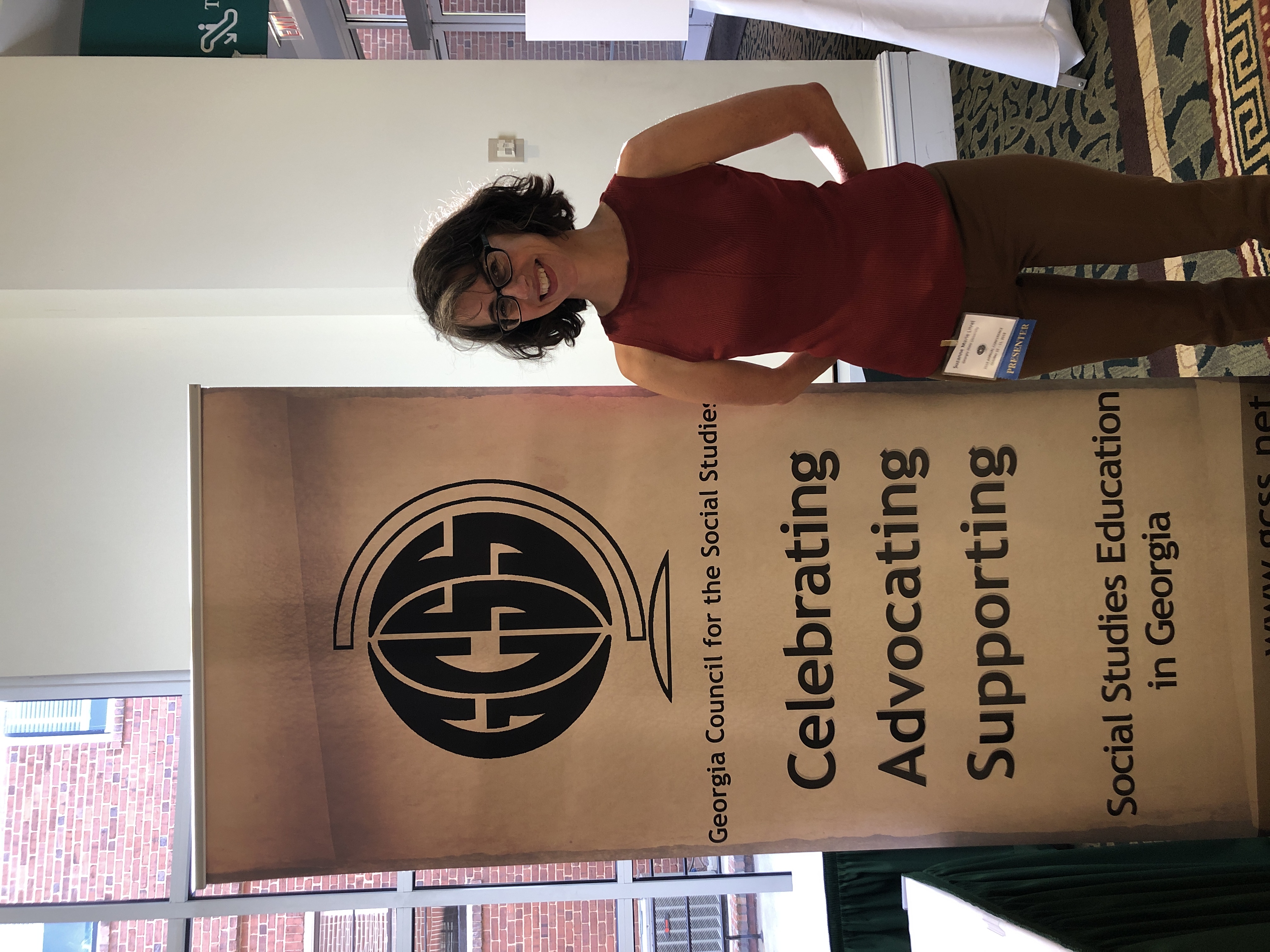 Suzanne Marie Litrel did not much enjoy her high school history classes. So when she enrolled at the University of Michigan, she studied economics. After graduation, Litrel moved to Taiwan, where she taught English and studied Chinese. She then backpacked across mainland China, departing from Beijing during student protests in Tiananmen via Trans-Siberian train to Moscow and West Berlin. From there, she moved back to the United States and enrolled at Michigan for her MA in Asian studies. She then worked in the private sector before finding her way back to teaching.

Litrel spent 14 years teaching social studies at Bay Shore Senior High School on Long Island, New York. She found that teaching history fostered her own love for the discipline. She recalled, “In preparing to teach, I had to dig into the stories. I loved the research that goes into good teaching.” She also published the Jackie Tempo historical fiction series as an accessible read for AP World History students. These books have been used in classrooms from New York to Texas to China.

Litrel eventually moved to Georgia and earned a PhD in history at Georgia State University. A historian of Latin America, she has forthcoming publications on the Portuguese Atlantic reaction to the 17th-century Dutch challenge for Brazil. As a researcher for “Confronting a Pandemic,” she looks forward to connecting secondary teachers to the AHA. 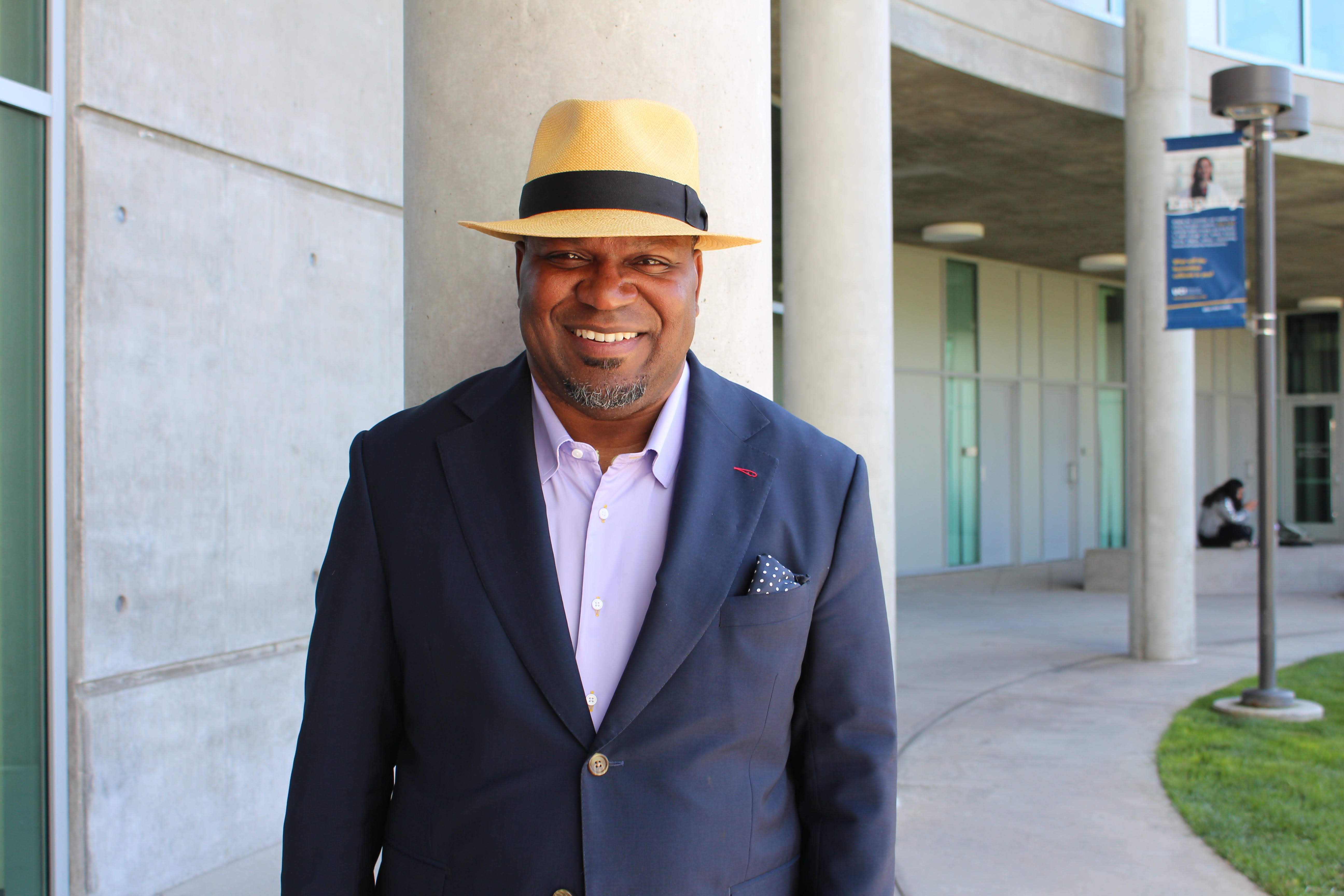 Marketus Presswood spent the spring at the University of California, Irvine, frantically finishing his dissertation on the African diaspora in East Asia. His research grew out of his experiences living in East Asia. He first spent an undergraduate semester abroad in China. After earning his BA in history from Morehouse College, he returned to Asia, living in Japan and then China for 10 years. There, he worked in international education and founded a study abroad program that sent several cohorts of Black students to China to study Mandarin. During his time there, he wondered about the history of African descendants in Asia. He could not find much literature on the topic, so he returned to the United States to pursue a history PhD.

Dissertation now complete and PhD in hand, Presswood joins the AHA as a researcher for “Confronting a Pandemic.” When asked what he is most excited about in his new role, he said, “I like to have some kind of stake in helping to create a space for educators in history. Given our current racial and political situation, talking about these issues as we think about resources that will be useful for teachers is important. It’s exciting to be a part of that.”

Presswood has combined this hobby and his research by working on a documentary about the history of jazz in China.

Outside of his work, Presswood is an avid jazz listener. His favorite jazz musician is saxophonist Wayne Shorter. He has combined this hobby and his research by working on a documentary about the history of jazz in China. 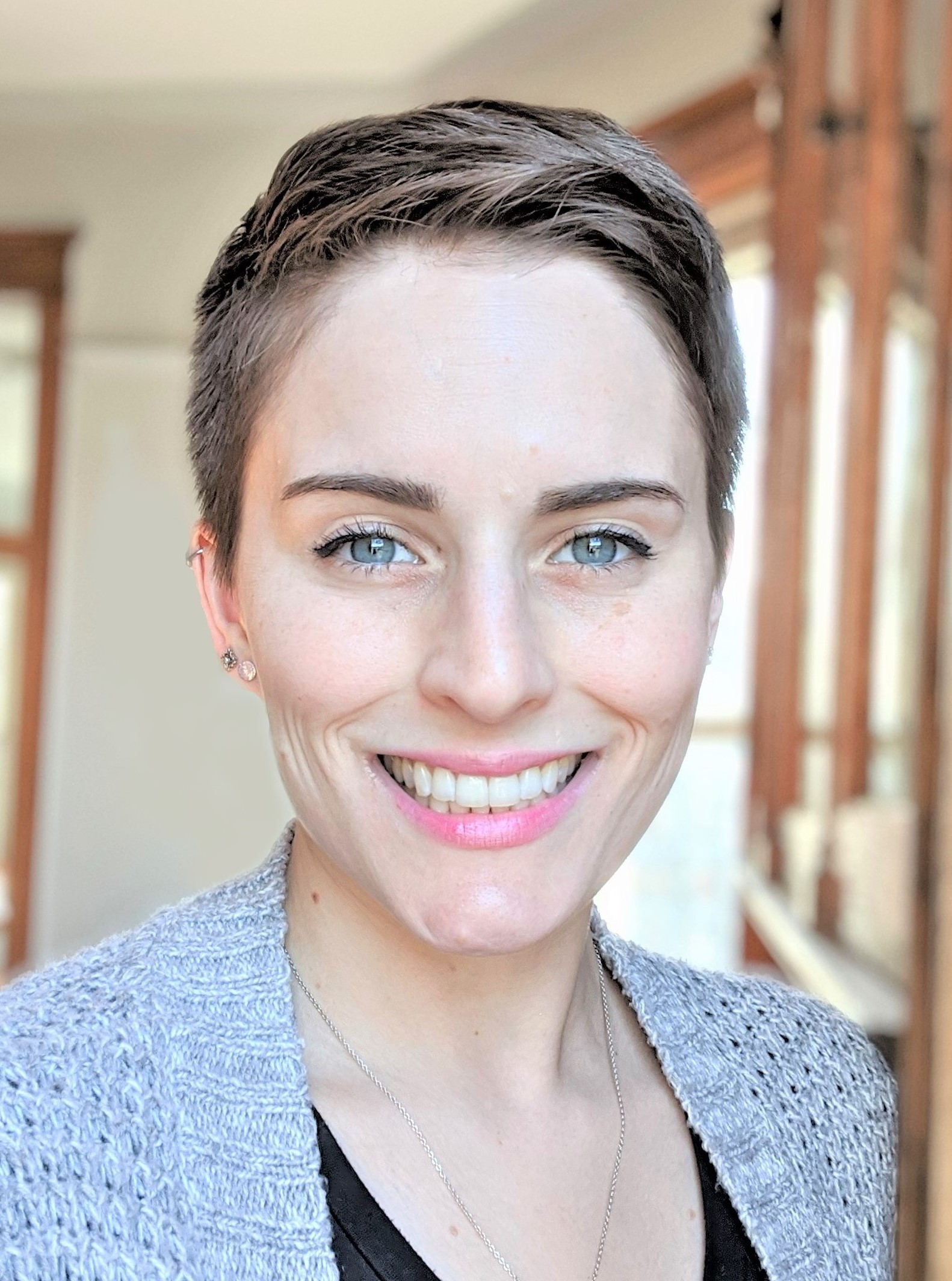 Hope Shannon joins the AHA as the PhD career outcomes researcher. She will work with Career Diversity’s Where Historians Work database and participate in other data-driven projects on doctoral education. She hopes her work at the AHA will help her incorporate career diversity into her part-time consulting work.

Shannon often thinks about the implications of her dissertation, which looks at the role that heritage politics—the politicization of history to achieve a particular goal—played in urban and suburban redevelopment in the late 20th century. Her research concluded that heritage politics is exclusionary and “reinforces boundaries between neighborhoods,” yet the concept is mostly evaded in conversations about segregation. She wonders how her research can be employed in the world today, where history continues to be used to justify why neighborhoods should or should not be changed.