A Lesson on Contextualizing History

I teach middle school. In many communities across the United States, parents and students are uncomfortable with the history I teach. Holding fast to histories that professional historians have long abandoned, they believe the purpose of “traditional history”—or perhaps more aptly put, consensus history—is to create a unifying underpinning that brings us together as Americans. They point to the villainization of Christopher Columbus, or Founding Fathers treated with disdain for having owned slaves, as interpretations that cause young Americans to grow up unpatriotic, and undermine the traditions they hold dear. 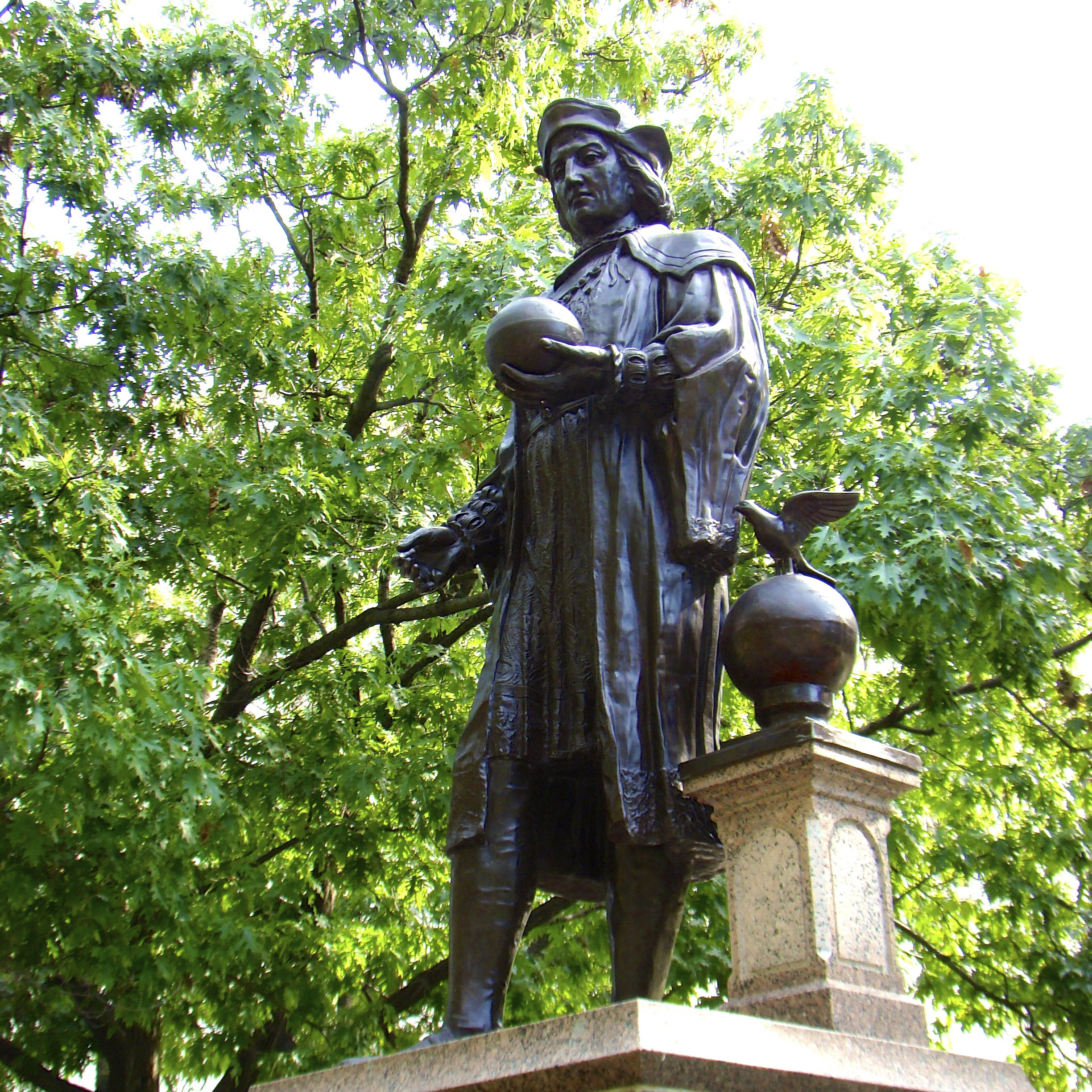 Why did people build statues of Columbus, and what purposes have those statues served over time? Alex Pinelli’s middle school students grappled with this and other questions about Columbus in their discussion. russellstreet/Flickr/CC BY-SA 2.0

These parents are correct in believing that the consensus history they grew up with is no longer in vogue. My courses strive to contextualize the past and help students to understand complexities—not renounce them. This includes complex people, of which history is chock full. So, is there a way to teach middle school history without either “vilifying” individuals or glossing over the thornier parts of their legacies? Absolutely. My students proved it last year, during our lesson on Columbus.

I teach at a private Christian school that is culturally and politically conservative. While that fact makes approaching figures like Columbus tricky, it is unthinkable not to deal with these topics from a historical perspective. And there are real upsides: while providing a realistic presentation of the past without seeming to “brainwash” my students can feel arduous, it also allows me a unique perspective not found in most secular education.

The vast majority of my students are raised by their parents to have a Biblical worldview. This came into play as they reckoned with the legacy of Columbus. To begin, I asked the students if they believed the following statement to be true: “Christopher Columbus should be honored with statues and Columbus Day should be a national holiday.” Around 90 percent of the class agreed. I followed up: “Do you know that some people want to change the name of Columbus Day, while some are arguing to take down his statues?” I asked the class why they think this is happening. One student, half-jokingly, said that liberals hate America, while another said that Columbus committed some “bad acts” against Indigenous people. “Well, let’s find out!” (It takes real effort to get an apathetic group of preteens excited.)

My courses strive to contextualize the past and help students to understand complexities—not renounce them.

Students broke up into five small groups with two primary source documents to read. One was taken from Columbus’s journal during his first expedition; the other was an excerpt from Bartolomé de Las Casas’s A Short Account of the Destruction of the Indies. Each piece included a brief biographical statement about the authors and a few short comprehension questions to hand in at the end of class. The students were told to keep in mind the perspectives from which each author wrote.

When they’d read through, discussed, and answered the questions, I asked to hear their initial thoughts. Nearly every student said that the treatment of native people was horrible; they could better understand why some Americans do not consider Columbus a hero. Others struggled with the stark contrast between the desire Columbus expressed to convert native people to Christianity and de Las Casas’s description of how native people were in fact treated. Those whose families are actively involved in missionary work saw Columbus as the “worst missionary ever,” in the words of one student.

After the discussion, I handed out a series of questions prompting them to think more historically. Were Columbus’s views of race and Indigenous people unique? Are two primary sources enough to tell us about a person’s life? What might the world be like if Columbus had never “discovered” the Americas? Why did people build statues of Columbus, and what purposes have those statues served over time? Finally, how can we come to a consensus about whether to celebrate Columbus Day and how to treat monuments dedicated to his life? I instructed students to use the primary documents, and any content from previous classes, to defend their answers.

Those whose families are actively involved in missionary work saw Columbus as the “worst missionary ever,” in the words of one student.

Walking around the room, I heard students debating each other, pulling from the primary documents to show that Columbus was not someone to be revered, while others asked, “How would you like people to remember you for the worst thing you have ever done?” Their discussions revealed a newfound grasp of the complexity behind the topic. “So, what is the verdict on Columbus?” I asked after a few minutes. The majority had three takeaways that show they comprehended the issues and were able to answer questions through a historical framework.

First, students said they needed more information to get a better perspective (from other sailors who traveled with Columbus, for instance; from native people; or more from Columbus himself). Second, “people are more important than stuff,” one student said (roughly—I am quoting in this piece from memory; apologies for any place my memory is imperfect). Another student insightfully commented that what was important to people in the past (those who built the statues, say) differs from what we believe is worth honoring now. Lastly, the most ubiquitous student opinion can be summarized as follows: As a professing Christian himself, Columbus’s disdain for human worth and treatment of his fellow man is inexcusable, and moral judgments can be made as Christians. On the other hand, we are all imperfect, sinful people, shaped by our culture. Columbus’s attitude toward native people was not unique. In fact, history is filled with people who did horrible things to other humans.

By combining these two aspects of their learning, my students were able to wrestle with the complexities that comprise historical thinking. They provided context for Columbus without vilifying or making him into a martyr. They may not have found the “consensus” or unity for which their parents yearn, but they treated their subject seriously and one another with respect. Not bad for a room of middle schoolers.

Alex Pinelli teaches elementary and middle school history in Virginia, where he is pursuing a PhD in history from Liberty University.