A New View of Event History

Collective Consciousness As a Historical Force

Shaken like other citizens by the current crisis, historians are questioning some of the fundamentals of their craft. For my part, I find myself rethinking the notion of events and their relation to collective consciousness—an amorphous concept, I admit, yet a powerful force in history, one that should be distinguished from public opinion and that deserves more study. 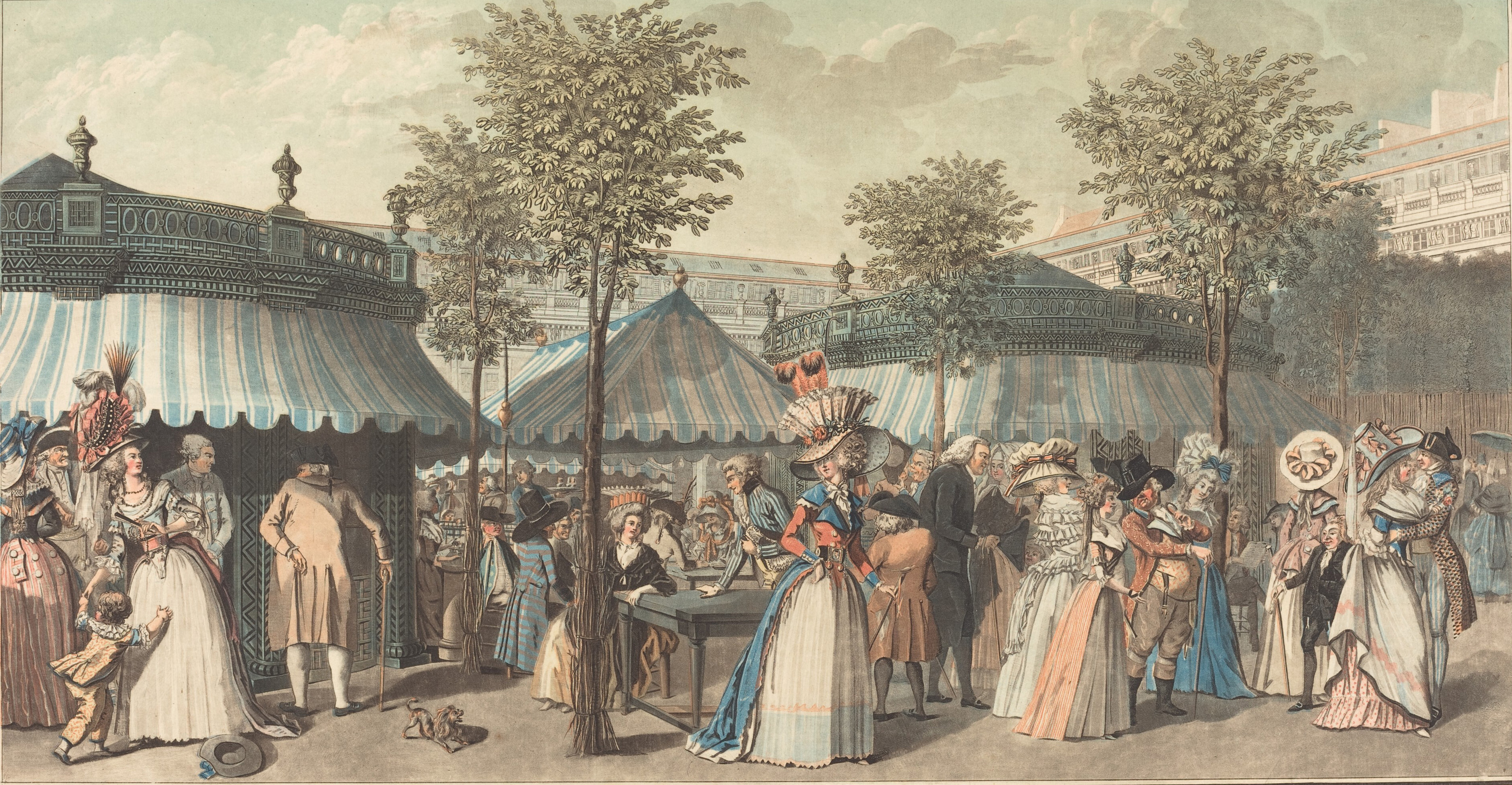 We have witnessed many varieties of public opinion in 2020. Americans have taken sides in arguments about wearing protective masks, aiding the unemployed, participating in demonstrations, and monuments to the Confederacy’s “Lost Cause,” to say nothing about politicians. Despite our differences, however, we share a general sense of crisis. We have been swept up in collective anxiety about the direction of the country and a widespread need to reassess its past. Whether we favor removing or preserving statues, we recognize that the symbolic landscape is undergoing fundamental change.

Although historians have often studied disasters and their effects, they have not done justice, in my opinion, to the way events transform symbolic environments. Events do not come naked into the public sphere. They come clothed in attitudes, values, frames of mind, recollections of the past, and projections into the future, full of passion, hope, and fear. A history of events should include the way events become absorbed in collective views of the world.

One difficulty, at least for those of us who study France, is the scorn for “event history” among the historians of the Annales school at the height of its influence after World War II. To them it was superficial—the froth that floated on the surface of the past as opposed to the deep currents that drove entire societies. A deeper understanding of history could only be attained by studying the play of structure and conjuncture over long stretches of time. In practice, that usually meant constructing statistical series that indicated the shape of a society as it evolved over the centuries—patterns in demographic, economic, and social structures.

By the 1960s, the Annalistes also made room for “the history of mentalities,” but it, too, tended to be abstract and statistical. At the same time, British historians led by E. P. Thompson demonstrated the importance of understanding “history from below.” American historians such as Eugene Genovese responded with similar, in-depth studies of social movements. A professional ethos developed: the deeper the history, the better.

A great deal has happened since those days, including attempts (notably by Pierre Nora) to revive the history of events, which had been left by the professionals to popularizers, among them some wonderfully talented historians such as Barbara Tuchman and David McCullough. Unlike the older social history, however, the recent work does not address the problem of understanding collective states of mind.

A history of events should include the way events become absorbed in collective views of the world.

Although “the collective imaginary” is a commonly used term, it makes some of us uncomfortable. It is distressingly vague. It conjures up other amorphous ideas such as “mindset,” “climate of opinion,” “ethos,” and the venerable but well-worn zeitgeist. Despite their ineffability, however, I think those ideas possess conceptual power, and they can help in the attempt to rethink event history.

Collective views certainly exist. They are somewhat like language: we share a common idiom, even though we speak with different accents and personal intonations. Yet they cannot be studied in the same way as politics and economics—that is, with the assumption that the subject matter is unproblematic and with methods that, if employed uncritically, amount to little more than seat-of-the-pants positivism. How can the history of collective consciousness be studied with conceptual rigor?

We could begin with Claude Lévi-Strauss’s insight that some things are good to think with. Ordinary people carry a great deal of mental baggage around with them—some of it explicitly doctrinal, as in the Nicene Creed or the Pledge of Allegiance, most of it implicit, as in some varieties of racism. We do not generally connect propositions in logical sequences as we make our way through our daily business. Instead, we ruminate on events—both small occurrences limited to the neighborhood and major happenings that strike the consciousness of everyone in the country, sometimes nearly everyone in the world.

The latter kind of event has now become familiar. Americans know the feel of it from their experience of the assassinations of President Kennedy and Martin Luther King Jr., from 9/11, and, as I write, from the combined effects of the coronavirus, the economic collapse, and the revulsion against racism.

The effort to understand this sort of collective experience could profit from the sociology of Gabriel Tarde, who developed a controversial theory of imitation as a general social force and applied it to the experience of reading the daily newspaper. Tarde wrote during the late 19th century, when readers commonly consulted papers in cafés. Their political views differed enormously, he emphasized, yet they were conscious of reading about the same events at the same time as other readers in other cafés, thereby participating in a common consciousness. Benedict Anderson adopted a similar view in Imagined Communities. Nationalism, he argued, developed in colonial societies from the collective experience of reading—that is, from the sense of belonging to an imagined collectivity and not merely from the message of particular books.

Erving Goffman’s “frame analysis” supplements these insights with an account of how groups construe reality. In The Presentation of Self in Everyday Life, he shows how interactive behavior involves theatricality, even in ordinary situations such as ordering a meal in a restaurant. It is not simply that the participants play roles, Goffman argues, but that in doing so they define what the situation actually is. When we attend a performance of King Lear, we share the audience’s common experience of witnessing a tragedy, even if we differ from others in our evaluation and interpretation of it. The white coat and professional manner of pharmacists tells their customers that the sale of medicine is a matter of providing scientific relief for a health problem; it is not simply a commercial transaction. From one interaction to another, we are constantly fashioning reality.

The perception of events was therefore as important as the events themselves.

My own research on the emergence of what I call a revolutionary temper in Paris from 1749 through 1789 provides a historical example. Recently I completed work on the events of 1788, using correspondence, diaries, newspapers, and clandestine journals that contain reports about happenings during nearly every day of the year. Different opinions appeared everywhere, yet a common sense of crisis emerged from the daily news, whether it was communicated by pamphlets, gossip, street singing, or “public noises.” As contemporaries perceived it, the crisis came down to a threat of oppression that they defined as ministerial despotism.

While building on the work of others who have studied ideological discourse, social structure, and material culture, I hope to show how events became bound up in the development of a revolutionary temper—that is, a radicalized worldview that went beyond public opinion. Contemporary accounts of events expressed a widespread conviction that public life was being overcome by despotism. It took concrete form in street-corner orations, rumors, songs, posters, graffiti, riots, and ceremonies such as the burning of straw men dressed to represent the ministers. A few intellectuals disagreed, but the overwhelming sentiment was directed against the government (not the king) in the alien world of Versailles.

I do not want to oversimplify the complex historiography of the French Revolution but rather to suggest an alternative way of understanding the collapse of the Ancien Régime. The legitimacy of the regime was undermined by something broader and more powerful than transitory shifts of public opinion. This revolutionary impulse was a shared sense of belonging to a community—that is, a nation, which had the right to assert its authority in determining the fate of the state. That idea can be found in many of the pamphlets of 1788 and in the works of several philosophers, particularly Rousseau. But the revolutionary consciousness was not formed merely by the diffusion of ideas, important as that was. It crystallized collectively as Parisians took in reports of daily occurrences.

The perception of events was therefore as important as the events themselves. In fact, it was inseparable from them. The highly literate learned from books, but the population as a whole found events particularly good to think with. A reconceived history of events, I believe, can open the way to a history of collective consciousness.

Robert Darnton is Carl H. Pforzheimer University Professor of history, emeritus, at Harvard University and a former president of the AHA.