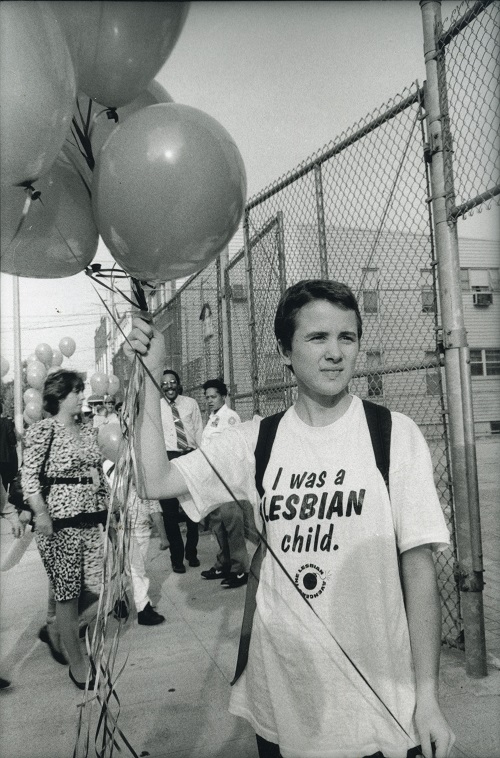 In early 2011, I received a call from Carolyn Laub, then–executive director of the Gay-Straight Alliance Network (now the Genders and Sexualities Alliance Network), which supports LGBT youth and creates safer schools. California State Senator Mark Leno was working on a bill to bring the LGBT past into K–12 history education, she explained; could I help? Little did I know that five years later, we would both be instrumental in the California Department of Education's adoption of the most LGBT-inclusive K–12 History–Social Science Framework in the nation. Along the way, I have learned a few lessons about the challenges and rewards of doing public educational advocacy and reform work as a university-based historian.

First, ignore what those outside our profession say we should or should not do in the public sphere. Soon after that call from Laub, I found myself trying to squeeze what I understood about the queer past from my academic training into advocates' well-established agenda to make schools safer for LGBT youth. The wording of the FAIR Education Act, signed into law that July, called for adding the "roles and contributions of LGBT Americans and people with disabilities" to the existing state Education Code related to the teaching of US history. For safer-schools advocates, my task as a historian was to demonstrate to legislators that there were inspiring (but noncontroversial) historical LGBT role models who could be inserted into existing content.

Initially, I complained that scholarly historians didn't really do history as an esteem-boosting representational strategy. I added that even if we did, we would be hard-pressed to name many such icons prior to the middle of the 20th century, given the temporal and cultural contingency of identity categories like "gay" or "transgender." Still, I produced a list of luminaries, such as Del Martin and Phyllis Lyon, Harry Hay, Bayard Rustin, Sylvia Rivera, and, of course, Harvey Milk. Even though some might criticize me for using my position as a historian to do the politics of inclusion, I obliged—why shouldn't LGBT students have affirming historical figures?

Over the next year, I worried about backlash. In 2008, antigay forces successfully campaigned to pass Proposition 8, the ballot initiative repealing legal same-sex marriage in California. Would a similar initiative scuttle the FAIR Education Act? In fact, two attempts at initiatives failed to get enough signatures to even get on the ballot.1 Another concern loomed, though: because it went into effect with no implementation funding and no penalty for ignoring it, the law alone would likely change very little in classroom practice.

Moreover—and I say this with admiration for the work that they do—those tireless advocates who had ensured the law's passage had a narrow ability to create comprehensive curricular transformation. Since they were not trained as historians of sexuality and gender, their frame of why history education matters and how it could be done was principally geared toward affirming LGBT students and producing safer schools. These pressing concerns are not why I study and teach the queer past. I do so because the lenses of gender and sexuality as categories of analysis are central to a fuller understanding of history. I firmly believe that gender- and sexuality-informed historical analysis is essential to how we all, as informed citizens in a complex democracy, frame our understanding of the present and strategize for the future.

These realizations led me to my second lesson about educational reform: lead from your historical knowledge, method, and authority. A number of scholars and LGBT advocates came to realize that the FAIR Education Act's rubber would only hit the road if incorporated into the California Department of Education's K–12 History–Social Science Framework. Revision of the framework was to begin in 2014. Starting in 2013, under the auspices of the Committee on LGBT History (an AHA-affiliated organization), I worked with co-editors Leila Rupp and David Donahue to assemble nearly 20 scholars of the queer past, who went through those parts of the existing framework that overlapped with their topical and chronological expertise.

This became Making the Framework FAIR, a report that made line-by-line suggestions about where LGBT content inclusion could improve the framework, spanning grades 2 (Family and Community), 4 (California History), 5 (Early American), 8 (19th Century US), and 11 (Modern US). For each change, historians wrote scholarly justifications backed by citations and suggestions for further reading. We then worked with Our Family Coalition and GSA Network to run the report by K–12 educators and made revisions based on their suggestions. The final report, released in September 2014 as the state's Department of Education opened up its first draft of proposed framework revisions for public comment, remains a best-practices document that can be used by K–12 educators and advocates nationwide to create change where they are.4 Making the Framework FAIR made just throwing in a couple of references to Harvey Milk and marriage equality politically infeasible and pedagogically unjustifiable.

The process through final passage of the new state framework in July 2016 taught me lesson three in doing public educational advocacy as a historian: embrace the limits of your own experience and capacities toward the task at hand. While those in charge of revision for the Department of Education appreciated Making the Framework FAIR, they did not readily adopt all or even most of its proposed changes. Rather, the process from the end of 2014 to the summer of 2016 was a hybrid of politics, activism, and scholarly consideration. In the many times I testified before various state committees and boards, I was probably heard respectfully both because of the report's solid scholarship and because of my own authority as a university-based historian.

Success, though, required much more. Only organizations such as Our Family Coalition and Equality California (our state's main LGBT civil rights organization) could arrange the necessary resources and behind-the-scenes coalition work with LGBT advocacy organizations, K–12 teachers, students, and parents. Media strategy on what to emphasize to whom, and when, relied on drawing in even more coalition partners. Working with indigenous Californian two-spirit organizations ensured that gender diversity would be a part of what students could learn about Native American history.2

In the end, we saw LGBT content included in the framework's introduction and chapter on access and equity, as well as in grades 2, 4, 5, 8, 9, 10, 11, and 12. The Department of Education truly got why history and civics education should teach all students how to better understand gender and sexuality as frames for their own active citizenship. Historians alone could not have achieved this. By working with many others who knew better how to get the most out of the political process of framework revision, I also learned about how to better collaborate with K–12 educators and other stakeholders.

Moving forward, my efforts are already becoming more like what we as university historians have traditionally done with public schools: consulting with educational materials providers on meeting the new framework, and helping educators learn new content, suggesting ways to approach it, and workshopping ideas with them. One last lesson I've learned: savor your wins. I'm proud that by the time my youngest daughter starts kindergarten in a year, she will be part of the first generation of Californian kids who will learn about diverse LGBT history in elementary, middle, and high school. To her, I'll just be that historian parent who sometimes helps teachers understand what's already in the framework, as if it had been there all along.

Don Romesburg is associate professor and chair in the Women's and Gender Studies Department at Sonoma State University. He is the editor of the Routledge History of Queer America (forthcoming) and cofounded the GLBT History Museum. On behalf of the Committee on LGBT History, he was lead editor of Making the Framework FAIR: California's History–Social Science Framework Proposed LGBT Revisions Related to the FAIR Education Act (2014), and was the lead scholar in a coalition that led to California's adoption in July 2016 of a new K–12 History–Social Science Framework that is the nation's most LGBT-inclusive. Check out his work here.

1. During the 2014–16 framework revision process, moreover, no organized opposition appeared, and only a handful of anti–LGBT statements were sent to the Department of Education during public comment periods.

2. "Two-spirit" is a pan-Indian term used to describe gender-diverse and same-sex/bi/pansexual-attracted indigenous Americans. It draws on long-standing, tribally specific spiritual and social roles beyond the gender binary as well as contemporary organizing across tribes.