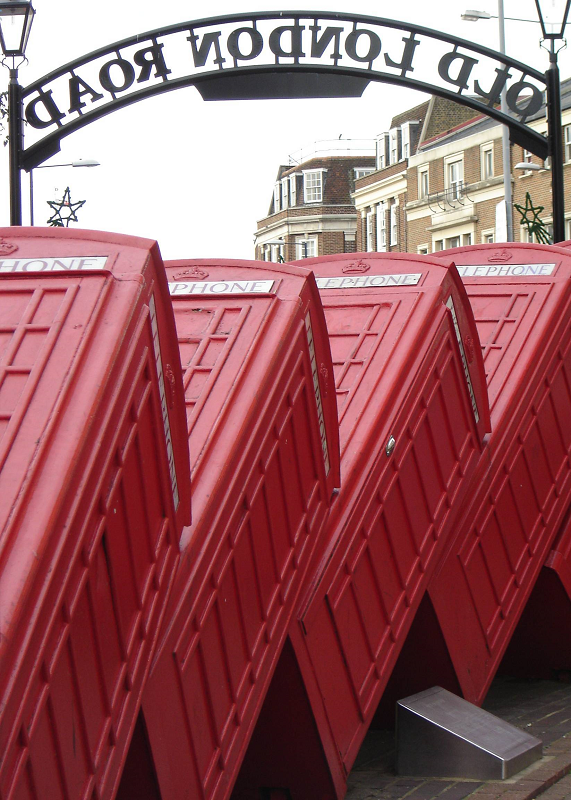 Does British history matter anymore? I raise this question in the aftermath of Britain's decision to leave the European Union ("Brexit") and in anticipation of its likely consequences. I admit I'm posing the question in hyperbolic terms, but certain occasions call for hyperbole, and this seems to be one of them. Put another way, we might ask whether the study of the British past has a future. The answer, I'm afraid, is not really.

The irony is that many "Leave" campaigners cultivated a patriotic pride in Britain's past and promised to restore the country to its former glory. One leader, Michael Gove, made his reputation as the government's education minister when he crafted a controversial new history curriculum, characterized by a prominent critic, the historian Richard J. Evans, as an attempt to "impart a patriotic sense of national identity through the uncritical hero-worship of great men and women from the British past."1 The other leading Tory Brexiteer, Boris Johnson, shared Gove's view of history, as evidenced by his recently published hagiography of Winston Churchill. (Johnson's immodest subsidiary aim was to promote himself as Churchill's political heir: judge for yourself.) A historical perspective was also integral to the ultra-nationalistic United Kingdom Independence Party (UKIP): its founder was the historian Alan Sked, and its campaign to exit the EU was led by Nigel Farage, whose pub-crawling persona evoked a nostalgic, ethnically homogeneous sense of Britain's past.

Brexit, however, may well make British history obsolete. Election returns revealed that different regions of Britain responded to the referendum in strikingly different ways. "Leave" supporters carried the day in England and Wales, where they racked up large majorities in suburbs, small towns, and rural areas, but "Remain" voters won handily in Scotland and by a smaller margin in Northern Ireland. This split decision has given greater incentive for those who favor Scottish independence and Northern Ireland's close association with Eire to pursue their own political agendas. An increasingly dis-United Kingdom also means an increasingly disunited view of its past. Scottish-, Irish-, and Welsh-centered histories have already gained significant sway over public sentiment in their respective regions, and there is every reason to believe these separatist histories will become even more prevalent in the aftermath of Brexit. So too for an English-centered historical consciousness, which was central to the pro-Brexit campaign. UKIP in particular draped itself in St. George's Cross, the increasingly pervasive English flag. An already frayed sense of the past as a shared British story now appears at real risk of coming apart altogether.

What does this mean for British history's appeal on this side of the Atlantic? The reign of King Canute may merit the attention of English school kids, and the schism in the Presbyterian Church may stir a flicker of interest in Scottish classrooms, but neither these nor other parochial aspects of their histories hold much interest outside their borders. During the referendum campaign, more than 300 British historians signed a letter warning that a vote for Brexit would condemn Britain to "irrelevance." While their purpose was to affirm that "Britain has had in the past, and will have in the future, an irreplaceable role to play in Europe," the risk of irrelevance applies not merely to Britain's future, but to its past.1 And nowhere is this more likely to be true than here in the United States, where Brexit may well drive the last nail in British history's coffin.

While Britain's post-Brexit future may not change the facts about its history, it will change how we view that history and what significance we draw from it.

This began to change in the 1970s and 1980s as departments hired more Africanists, Asianists, and other non-Western historians, and transitioned from the Western civ to the world history survey. In the zero-sum game that characterized academic hiring in those financially straitened times, the number of British history positions declined. By the late 1990s, the rate of attrition was so pronounced that the North American Conference of British Studies created a special committee to study the problem. Its most notable recommendation was that new PhDs in British history make themselves more marketable by acquiring expertise in imperial history, thereby enlarging their knowledge of the non-Western world and enhancing their ability to teach the world history survey.2 Whether this recommendation did anything to stop the slide in the number of British history positions is doubtful, but it did offer new British history PhDs a strategy for responding to the changing academic job market and improving their competitiveness for positions requiring some sort of transnational expertise. The British history jobs that did arise increasingly advertised for candidates with some sort of imperial or global expertise.

The point, then, is that insofar as British history has maintained a foothold in the American historical profession in the era of globalization, it has done so largely because it has come to be seen as a meaningful point of entry to an examination of the wider world. What makes Brexit potentially so detrimental to British history's survival as a field of study in the United States is that it marks Britain's retreat from the world around it. Not only does Brexit divorce Britain from the rest of Europe, which has been its main avenue of engagement with the international community since it lost its empire; it also sets it on an increasingly insular, parochial path that favors fissiparous forces, placing the United Kingdom itself at risk. While Britain's post-Brexit future may not change the facts about its history, it will change how we view that history and what significance we draw from it. We will find it more difficult in the aftermath of Brexit to make the case that British history provides special insight into how we got to where we are today. Sure, the British had a disproportionate influence on global affairs at the height of empire. So did plenty of other peoples at other times. The Mongols, for example, were no slackers when it came to making their mark on history, yet where's the demand for historians of Mongolia?

The fallback position in favor of British history is that it holds a special place in American history because of its influence on our political institutions, legal codes, cultural values, and so forth. There's something to be said for this argument, though not as much as there used to be. American historians have become increasingly attentive to the wide range of peoples, cultures, and traditions that comprise the American historical experience. There's an inverse side of this story, however, and here Brexit does make British history more relevant to the American experience. The deeply rooted nativism and racism that Brexit brought to the surface of British life have their obvious counterparts here in the United States. One need look no further that our current presidential campaign. The United States, however, arguably has a much longer, richer, darker history of such sentiments, so it isn't clear how much we can learn from British history. But let's look on the bright side: British history may matter less in the United States after Brexit, but US history may matter a lot more in Britain.

Dane Kennedy is a faculty member at George Washington University and director of the National History Center. A past president of the North American Conference of British Studies, he has taught British history for 35 years.

1. The number of self-identified pro-Brexit historians was far smaller, though nine of them, self-proclaimed Historians for Britain, produced a glossy booklet, "Peace-Makers or Credit Takers?" The EU and Peace in Europe, ed. David Abulafia.

2. I was a member of the committee.