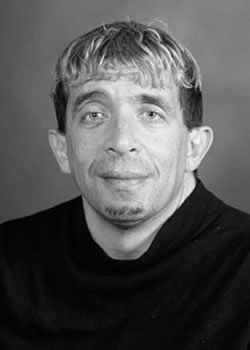 It is with great sadness that the Ball State University history department reports the passing on April 20, 2003, of one of its members, associate professor Lawrence Birken. Birken earned his BA from the University of Michigan, his MA from the University of Connecticut, and his PhD from Rutgers University. Before coming to Ball State in the fall of 1989, he taught at Monmouth College, Rutgers University, Hamilton College, the University of Minnesota-Twin Cities, and New York University. An expert in modern German and European intellectual history, Birken was a prolific scholar who published in a wide range of fields. In 1988, he authored Consuming Desire: Sexual Science and the Emergence of a Culture of Abundance, 1871–1914 (also translated into Japanese), followed in 1995 by Hitler as Philosophe: Remnants of the Enlightenment in National Socialism. In addition he published some two dozen scholarly articles on intellectual history, modern German history, the history of economic theory, Jewish history, the history of psychology, and the history of sexuality.

Birken's scholarship was remarkably eclectic, imaginative, and rigorous. He was one of those rare intellectual historians who was able to grapple with the most vital and controversial subjects, and examine them in novel ways. His colleagues and students marveled at the way he was able to wrestle with the history of gender and sexuality in one volume, and then produce a second on the utterly different topic of the intellectual origins of Nazism. In each case, his innovative arguments and controversial conclusions demonstrated an uncommon talent, even brilliance. Birken's intellectual integrity and uncompromising pursuit of excellence made his colleagues and students more creative and rigorous in their own work. He provided the type of intellectual spark that few departments have. Our department had one for 14 years; we have now lost it.

Larry Birken was also a committed teacher who offered a variety of upper-level courses, honors colloquia, and graduate seminars in his fields of specialization, and created original courses that reflected his evolving research interests and pedagogical philosophy. In addition, Birken took on the critical burden of introducing thousands of undergraduates to history through his "The West in the World" survey. Determined to keep up with the most recent scholarship in global history, he insisted on challenging his students and himself to think about history in new ways. As a result, he continually revised the content and approach of the course to reflect his ever-expanding appreciation of the connections between the West and other regions and civilizations such as China and the Islamic world. His desire to help his students grapple successfully with so vast a topic led him in 1999 to publish his own text for the course, European

History in World Context: A Comparative Approach. Students who sought him out during-and often outside of-his office hours appreciated his willingness to turn brief visits into lengthy, wide-ranging conversations punctuated by his irrepressible humor. For many students, these sessions proved critical in developing their appreciation of scholarship. For several, they served as epiphanies, inspiring vocations and helping to transform lives.

As impressive as these achievements are, his friends, colleagues, and students will remember Birken most for his uncompromising ethics, his informality, his resilience, his kind and giving nature, his intellectual curiosity, his readiness to share a laugh and discuss virtually any subject (particularly current events), and the unique figure he cut as he cycled across campus and throughout the city. He was a mensch-a principled, decent, irrepressible, and irreplaceable human being. We will miss him terribly; we will never forget him.

Memorials may be directed to Ball State University history department.