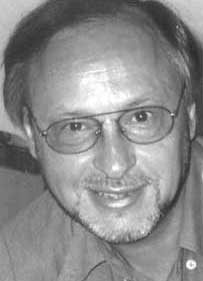 On March 10, 2000, the historical profession lost a learned, generous, and prolific colleague, Jürgen Heideking, a specialist in European and U.S. history, who held the chair in modern history and directed the Anglo-American Institute at the University of Cologne. He died in an automobile accident near his rural home in the Rhineland on the eve of his 53rd birthday.

Born in the village of Hohnsen in Lower Saxony, Heideking studied at the Schiller-Gymnasium in Hameln, where he passed the Arbitur in 1966 and did his doctoral work under Gerhard Schultz at the University of Tübingen. Heideking's thesis, "Areopaq der Diplomaten" (1979), a huge, meticulous, multiarchival work, was the first study of the Conference of Ambassadors, one of the key instruments of European diplomacy between 1920 and 1931.

Following his appointment at Tübingen, Heideking turned to U.S. constitutional history. In the early 1980s he began his research visits to the United States, and in 1988 he published Habilitationsschrift, Die Verfassung vor dem Richterstuhl. This massively documented study of the debates over the U.S. Constitution between 1787 and 1791, which focused on the legal, social, cultural, and intellectual dimensions of the emerging new political order, will soon appear in an English translation.

While a research fellow at the German Historical Institute from 1988 to 1990, Heideking embarked on several large research projects, including an investigation of the U.S. intelligence services during World War II and their contact with the German resistance. Following his 1992 appointment in Cologne, Heideking wrote two major texts in U.S. history. Balancing political, social, and cultural history, these books have become the standard works for German readers. At Cologne, Heideking expanded the transatlantic connections established by his distinguished predecessor Erich Angermann. A frequent visitor to the U.S., Heideking organized numerous conferences as well as student and faculty exchanges. A renowned teacher and mentor, Heideking directed scores of theses and dissertations and worked enthusiastically with his former students, approaching younger scholars as well as his colleagues with a zest for sharing work and ideas.

Heideking is survived by his wife of 27 years, Anne, a gymnasium teacher of history and literature, and by his two children, Claudia, born in 1977, and Martin, born in 1980. His last coedited book, Celebrating Ethnicity and Nation: American Festive Culture from the Revolution to the Early Twentieth Century, will appear in 2000.

An individual of remarkable breadth and imagination, diligence and modesty, kindness and sagacity, Jürgen Heideking will be deeply missed by his friends, students, and colleagues.