Inverting the Usual Way of Thinking about Digitization

Tiny cowrie shells have a long history of circulating around the globe—as money, ornamentation, and keepsakes from trips to the beach. One destination they have not often reached is the classroom. Over the past two years, using a diverse collection of currency objects like cowrie shells from the Smithsonian Institution, we have piloted a new way for academics and museum curators to work together on digitization projects. These projects simultaneously open up museum collections and historical research to new audiences and provide teachers and students greater access to primary sources enriched by cutting-edge research. We call this research-led digitization. 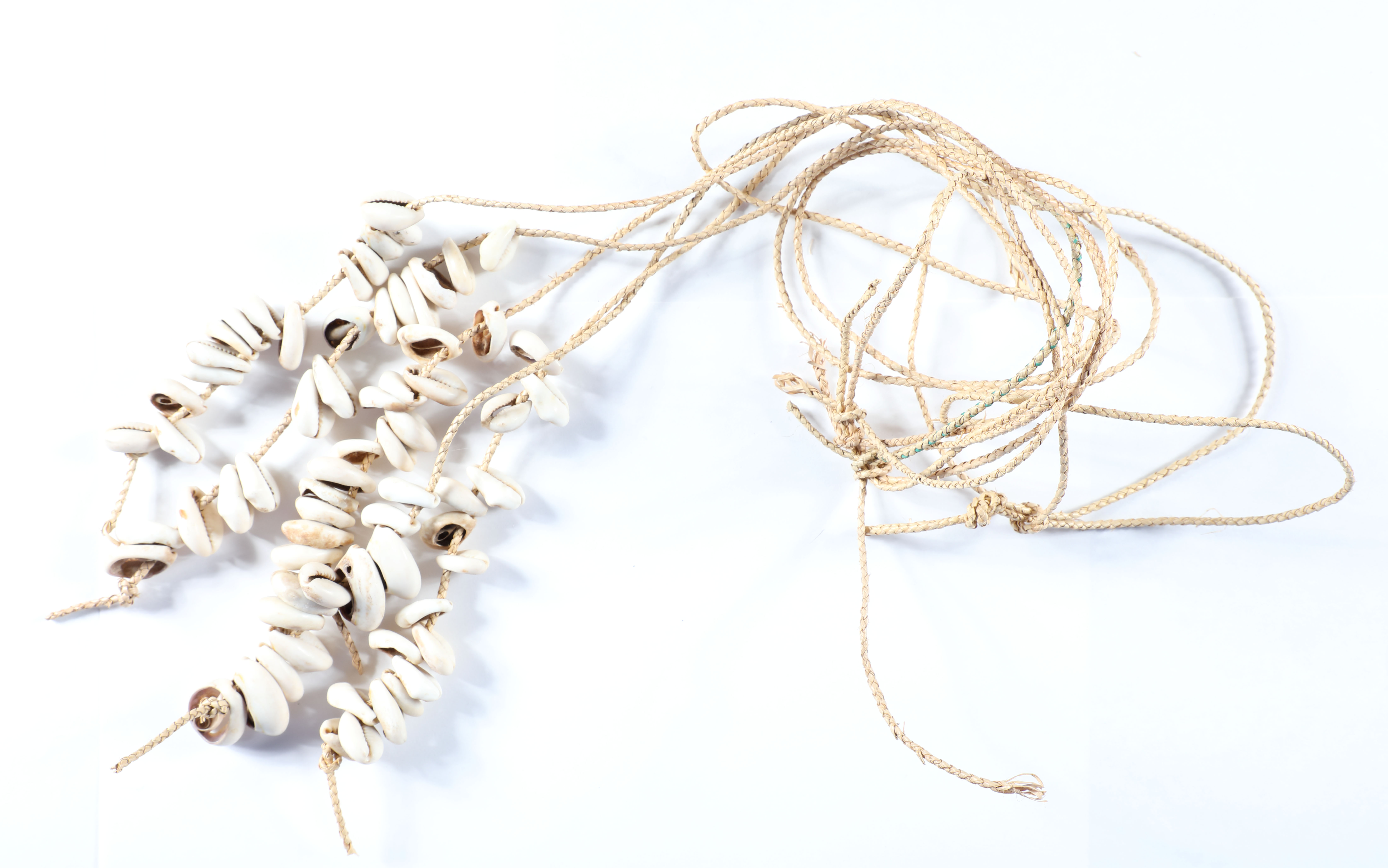 Cowrie shells were important objects of exchange in West Africa from the 15th to the 20th centuries. They circulated alongside other forms of money, such as coins, and were a central currency of the Atlantic slave trade. Courtesy of National Numismatic Collection, National Museum of American History, Smithsonian Institution

Research-led digitization inverts the usual way of thinking about digitization in museums, which often puts images online in the hope that they will become the subject of research. Instead, research questions shape the digitization process from the beginning. Scholars partner with museum curators to create new digital collections with records and supplementary materials based on current scholarship. These new digital collections can then be used in K–12 classrooms, helping promote the wider use of the research that inspired the project.

We began our research-led digitization project, “Money and Exchange in West Africa,” in 2018. It uses the history of coins, notes, and other objects employed as currency in West Africa to offer a new perspective on the economic, political, and social histories of the region. It is not unusual for historians and curators to collaborate, or for new research discoveries to motivate the digitization of objects in museums. It is unusual, however, for such activities to generate new educational resources that help to simultaneously expand access to both the objects and the research.

Like many partnerships between museums and historians, this one began when Leigh Gardner (London School of Economics, LSE) reached out to Ellen Feingold (Smithsonian Institution) to explore using the National Numismatic Collection (NNC) in her book project on Liberia’s economic and financial history. The NNC’s Liberian collection includes iron kissi pennies used before African American migrants arrived in the 1820s, early dollar coins issued to mark Liberia’s declaration of independence in 1847, and the foreign currencies—the British shilling and the US dollar—that became legal tender when the Liberian dollar began to lose its value. Together, they helped tell a history of political and economic change across two centuries.

Leigh initially intended to pay for digitizing a few objects so that she could include images in her book. But in conversations about the objects, we agreed that many people outside the narrow field of African monetary history could benefit from seeing the collection. So we joined forces to digitize the collection and then use our research and the Smithsonian’s interactive educational platform to create new online teaching modules, called “Learning Labs,” on African history.

The approximately 880 West African objects in the NNC provide a visual journey through the social, political, and economic histories of West Africa since the early modern period. The collection ranges from crescent-shaped manilas and tiny cowrie shells, key currencies of the Atlantic slave trade, to colonial coins and notes with images of British monarchs and post-independence currencies with African nationalist leaders. They are good teaching tools because they take both familiar and unfamiliar forms and have a variety of material clues that students can use to explore the history of the region.

Our first challenge was funding. Since this wasn’t a traditional research project, but rather a way of disseminating research, we first sought funding from the LSE through their Knowledge Exchange and Impact Fund. We received a grant of £39,000 (approximately $50,000) which covered the cost of hiring NNC Collections and Outreach Officer Jennifer Gloede to photograph and catalog the 880 monetary objects. Her work readied the collection for processing by the museum's Digital Programs Office, which manages the museum’s databases and digital collections. Relying on existing scholarship and our own research, we updated and expanded the catalog records with object descriptions explaining who used these objects and how.

This process distinguishes our project from other large-scale digitization efforts, which try to make as much of the collection available online as quickly as possible. This gives the public access to objects previously hidden to all but a small number of researchers. Because mass digitization tends to prioritize larger collections, this approach can miss small but historically important collections like the NNC’s West Africa collection. In addition, the digital collections created by rapid-capture methods often provide limited information about the objects and can be difficult for nonspecialists to use.

Research-led digitization creates more comprehensive records and better finding aids by making use of subject-area experts in the creation of metadata. In our case, we were able to remove dated and often offensive object descriptions. For example, in our project, historic catalog records often refer to currency objects indigenous to Africa—like the iron bars from Liberia—as “primitive” or “curious.” In a mass digitization project, these descriptions might have been absorbed into the online catalog and reinforced. A key part of our work involved changing this language to reflect current understanding of the monetary systems that existed before colonial rule. In this way, research-led digitization projects can help museums decolonize their collections’ descriptions.

As Josh Hardo, managing director of the IIIF Consortium (which provides a framework for standardizing images and related metadata on the web), explained in a New York Public Library blog post, it is one thing to put up an image of an object, but another to make it easier for people to find and use it. After identifying a valuable, underutilized collection and correcting the metadata, we had to find a user-friendly interface. We relied on the Smithsonian’s Learning Lab platform to showcase highlights from the collection. This teaching module was intended to introduce teachers to the project and used the objects and our own research to give a brief history of West African money and its links to economic and political change. A subset of items featuring some of the Liberian objects became part of both a physical display for The Value of Money exhibition at the National Museum of American History (NMAH) and a Learning Lab.

Building a web presence is not the same thing as cultivating an audience.

Building a web presence is not the same thing as cultivating an audience. We wanted to be sure that our resources met teacher and student needs. After digitization was complete and the first Learning Lab launched in November 2019, we began working with the NMAH K–12 education team and their network of teachers in Loudoun County, Virginia. Together, we created Learning Lab teaching collections featuring West African currency objects related to topics in their World History II curriculum for 10th graders (15- to 16-year-olds). These included colonial rule, decolonization and state-building, and the global impact of World War II. As an example, the colonialism collection included coins and colorful banknotes issued by imperial powers and indigenous currencies like cowrie shells that Africans continued to use even under colonial rule. In the collection on decolonization, we showed how new African states used images of national leaders and cultural heritage on their currencies, such as the image of a cowrie shell on Ghana’s cedi coin.

These tailored Learning Labs launched in February 2020, just before the COVID-19 pandemic closed schools and museums. The pressure on teachers during the pandemic has shown that online learning resources must be accessible, flexible, and easy to use. In addition to collections curated by experts, the Learning Lab platform allows users to create their own collections, offering the potential for asynchronous projects that students can do on their own or in virtual groups while learning remotely. We look forward to seeing the innovative and creative ways that teachers and students use these objects, not just in history and social studies but also in economics and other subjects.

We are also excited about the potential of the research-led model to include African scholars and institutions, so that people from the region have a voice in the ways these objects are presented online. After a panel on digital history at the 2020 AHA annual meeting, we began discussing such a partnership with Johan Fourie (Stellenbosch Univ.), who is running a digital project called Biography of an Uncharted People. We subsequently received an additional grant from the LSE to extend our work to include a partnership with Stellenbosch University in South Africa. We will digitize the NNC’s 714 South African objects and create Learning Labs and other materials based on the South African national history curriculum. Stellenbosch graduate students will participate in this process and then use these materials to teach classes in local secondary schools.

Research-led digitization complements current rapid digitization practices by providing another method for smaller collections to have greater impact. From our experience, it creates a mutually beneficial partnership between academic historians and curators. We hope that more historians, curators, and archivists will work together to develop new audiences for their work online, in museums, and in classrooms.

Ellen Feingold is the curator of the National Numismatic Collection at the Smithsonian Institution’s National Museum of American History. Leigh Gardner is an associate professor of economic history at the London School of Economics and research associate in African economic history at Stellenbosch University.