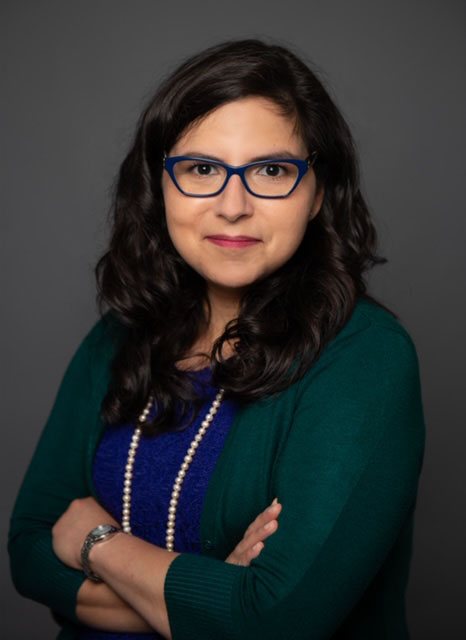 Jenny Tone-Pah-Hote was a beautiful, remarkable individual, loved by many, but she was not an open book. She might have preferred that we begin telling her story with the people she loved. As she wrote in her 2019 book, Crafting an Indigenous Nation: Kiowa Expressive Culture in the Progressive Era (Univ. of North Carolina Press), “Families became a path through which ideas about the Kiowa as a people were transmitted.” She was invaluable as both a relative and a messenger of Kiowa ideas.

Her son, Steven, age four, has brown eyes every bit as bright and deep as his mother’s. Their eyes hold a light within that emanates confidently toward all of us lucky enough to gaze into them. Steven’s boldness is her doing, while his wry sense of humor is matched only by that of his father and Jenny’s beloved husband, Keith Richotte. Keith is an associate professor of American Studies at the University of North Carolina at Chapel Hill, where Jenny also earned tenure and taught courses on 20th-century American Indian history, American Indian art, and material and expressive culture. The joy Steven and Keith brought to Jenny’s life was often on her lips in the long months of 2020, as she spent time in treatment for the leukemia that claimed her life on August 8.

At our last conversation, Jenny spoke of marigold seeds she had saved from Missouri. She grew up with her parents, Preston and Debbie, in the town of Orrick, Missouri, outside of Kansas City. She belonged to the intertribal Native community of Kansas City and to the Kiowa Nation located in southwestern Oklahoma.

Jenny’s grandparents and great-grandparents participated in the profound changes experienced by the Kiowa Nation during the Progressive Era that Jenny examined in her scholarship. As she wrote of her great-grandparents, “Sam and Tah-do Ahtone lived in a world where many forms of cultural expression coexisted.” Those included the rise of the Native American Church, the revitalization of Kiowa military societies, and the emergence of powwows—all important forms of cultural and material transformation that Jenny documented. The Ahtones and Tone-Pah-Hotes also used their exquisite artistic skills in silver and beadwork to nurture Kiowa nationhood through the dispossession of their lands, the settlement of outsiders, and Oklahoma statehood. The silverwork of her grandfather, Murray Tone-Pah-Hote, rests in the Smithsonian Institution’s National Museum of Natural History. Her great-grandmother Tah-do Ahtone made beaded cradleboards for her grandchildren, some of which are now held by private collectors and museums, including the Denver Museum of Art and the Nelson-Atkins Museum of Art in Kansas City.

Whatever value these items might hold for those who now own them, in Jenny’s hands, these works of art are evidence of the powerful role American Indians have played in nurturing their societies and shaping their history. Kiowa cultural production is a form of intellectual property where designs belong to specific individuals, especially women, who transmit them in order to seal family ties into networks of relationships. In Jenny’s hands, those extraordinary items of everyday life are the substance of an American Indian nationhood that rests in family, bound through elements of expressive culture that articulate a shared identity. Her voice as an author is simultaneously fresh, warm, authentic, and utterly authoritative. Respect and reciprocity are the foundation of her work. Her methodology shows exchange between tribal communities and American society, making her scholarship transformative.