Allison Blakely is a professor emeritus of European and comparative history at Boston University. He lives in Silver Spring, Maryland, and has been a member since 1972. 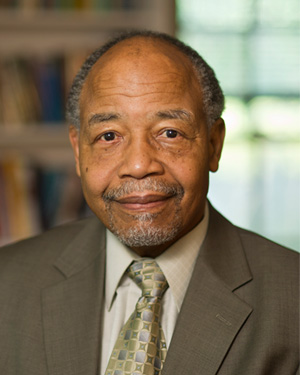 In the wake of Russia’s launching Sputnik during my junior year in high school, I began college with the idea of becoming an engineer. However, after immediately falling under the spell of the liberal arts, I eventually chose history as my major because it seemed to encompass so many of my favorite disciplines. I chose Russian history as my graduate school major because both the rhetoric of the Cold War and study of Russian language and literature by then had piqued my interest. After my first Russian language teacher played a recording of Paul Robeson singing Russian songs in Russian in class, I especially wanted to learn how it was that the Russian peasant culture I read about could be so reminiscent of the rural Alabama culture that produced me. Another early special interest was the history of democracy, which influenced my choice of a dissertation topic on the Russian Revolution. My first teaching position was as an instructor in the Western Civilization Program at Stanford, from which I was recruited as a Russian historian by Howard University. This was a particularly attractive opportunity for me, in part because I wanted to experience life at a predominantly Black institution, having always lived as a minority in predominantly white settings since leaving the Alabama countryside at the age of 6. After 30 years at Howard, I was recruited by the History Department at Boston University to join it and the University’s African American Studies Program that situates African American Studies in a global perspective.

Convenience of easy access to excellent academic resources, such as the Library of Congress and numerous universities; abundance of excellent cultural institutions and recreational facilities; close proximity to three major airports and a major railway station; and a neighborhood so comfortable and attractive that we have remained for nearly 50 years.

I have recently had the good fortune to be appointed to a Berlin Prize Fellowship at the American Academy in Berlin, to run from January to May 2021. I will be finishing an interpretive history of the Black Diaspora in Europe, focusing now on the impact of the massive recent wave of immigration on attitudes toward Blacks, and on Black identity among the various Black communities in European societies. Among other activities, I also recently published the following essay on the current status of the American Civil Rights Movement: https://theamericanscholar.org/righteousness-like-a-mighty-stream/#.Xxgwny2z3hM.

Simply being a Europeanist at Howard made thinking comparatively inescapable. My students literally forced me by their questions to go beyond my formal training to consider the connections between European history and Black history: and I have concentrated my teaching, research, and writing on the history of Blacks in Europe during the second half of my career.

During research on Blacks in Russia in Soviet Georgia in 1975, I came across a 1914 booklet titled Negry batumskoi oblasti [Negroes of the Batumi Region]. Since this area lies at the foot of the Caucasus Mountains, this ironically made them Black Caucasians! These were African soldiers and their descendants brought during the period this was part of the Ottoman Empire. This is an ironic expression only because the popular term for describing what is called the white race derives from a discredited theory that placed its origins in the Caucasus. Evidence of abiding interest in this subject may be perused on a current website founded by Metin Sönmez, who first contacted me just two months ago: www.abkhazworld.com.

I would recommend the online website of the American Scholar for a rich array of diverse essays and other writings: https://theamericanscholar.org/web-only.

The fact that history is not really just about the past. Its study reveals immense human capacity for both creativity and destruction, provides guidance for making constructive choices, and gives us a healthy dose of humility.

The AHA is a large community of scholars that affords its members the benefits collaboration brings, in a discipline in which many are more inclined toward working individually.