Promoting Good Teaching in the Humanities: A Journal Series Takes Readers inside the Classroom

Hands wrung to the bone after years of crisis talk, humanities educators may justifiably think there’s nothing left to say about the value of what they do. Caroline Bynum disagrees. A preeminent historian of women in the Middle Ages and former president of the AHA, Bynum has edited a remarkable symposium recently published in the journal Common Knowledge, collected as “In the Humanities Classroom: A Set of Case Studies.” Each of the five essays recounts one or two real classroom sessions in such disciplines as history, art history, and literature. (Students’ names and other details are changed to protect their privacy.) 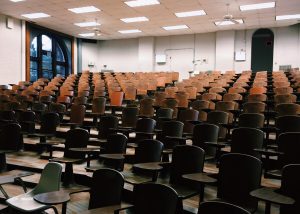 “In the Humanities Classroom: A Set of Case Studies” features five essays recounting one or two real classroom sessions in disciplines such as history, art history, and literature.

The gauntlet hits the ground in Bynum’s introduction, establishing the audience for the articles: not so much those who would cast doubt on the value of the humanities (be they parents, students, or politicians) but those who would defend them. For all the lofty claims that an education rich in the humanities imparts critical thinking skills, democratic values, and civic responsibility, these arguments “all seem a little vague” and fall on rightly skeptical ears, she writes. Instead, building up the humanities needs to come back to their cornerstone: teaching, learning, and the intimacy of the classroom.

Bynum’s inspiration was twofold, as she recounted in an interview with AHA Today. First came frustration with some of the more blithe arguments that a humanities education prepares students for a lifetime of gainful employment across industries. “Not only can you not argue [convincingly] that learning to read and write makes you a very good web designer,” she said, “but you can’t even argue in a simple way that taking the humanities makes you a better person.” Instead, as she writes in her conclusion to the symposium, “the payoff of studying the humanities is long term.” “People who go into law, business, medicine, commerce, blue-collar work, or social services tend to say that what they remember most from their higher education and value most about that experience is not vocationally relevant training, which quickly becomes outdated, but the courses in art, music, literature, and, more generally, culture[.]”

Bynum, recently retired from the Institute for Advanced Study, was also inspired by the realization that she missed teaching. As she recalled, postretirement visiting appointments reminded her “how much fun it is” and allowed her to consider that “it might be nice if some people who really enjoy teaching share why they enjoy it even though it’s really hard work.” Because graduate students and early-career scholars frequently feel discouraged from speaking about their love for teaching lest they be seen as ignoring research and publication, Bynum said, “In the Humanities Classroom” offers a space for teachers to say, “I love doing this because it matters.” There’s an overwhelming sense, she said, “that something is wrong with you if you really want to teach when you could be writing another article. Somehow people have been given permission in the past decade to be cynical with their students in a way they didn’t used to be.” The symposium, she hopes, will dispel such notions.

Rather than being prescriptive, each case study is exemplary, an account of what teaching looks like in humanities classrooms at a variety of institutions. As Bynum explains in the symposium’s introduction, “The point of the exercise is to allow readers to experience humanities teaching through the sort of slow, ruminative reading, looking, and thinking that all of us instructors encourage in our classroom.” In one contribution, Mary Harvey Doyno (Sacramento State Univ.) describes teaching a core survey course in the department of humanities and religious studies to working- and middle-class students, mostly from minority groups. In discussing the third-century martyrdom of Perpetua and Felicity with her students, Doyno gets them “talking about values, about sexual stereotypes, about what you might give your life for.” “It’s incredibly moving that she can do that for those students,” reflects Bynum.

In another case study, Ramona Naddaff and Katharine Wallerstein (Univ. of California, Berkeley) describe a volatile situation involving trigger warnings, censorship, and sexual and identity politics, emerging from an offhanded use of a metaphor in the classroom. In addition to joy, notes Bynum, “there’s pain too when you encounter something like that. If you care, it can be very painful if things don’t go well, even if it’s not ‘your fault,’ even if it has simply to do with incredible tensions among the students because some things are more important to them than the material.”

A second set of case studies will appear in the September 2018 issue of Common Knowledge, and Bynum continues to welcome contributions, especially pieces on non-Western history, for a third edition. Those interested, she says, should contact her at cwbynum@ias.edu or the journal’s editor, Jeff Perl, at comknow@biu.ac.il.

“In the Humanities Classroom: A Set of Case Studies,” appeared in the January 2017 issue of Common Knowledge. The symposium is available freely until November 30, 2017, at https://muse.jhu.edu/issue/35578.