Another Tough Year for the Academic Job Market in History

Job ads in the AHA Career Center, the leading venue for job advertisements aimed at history PhDs, have declined for the fifth straight year and are now at their lowest level since the mid-1980s. During the period from June 2016 to June 2017, the Career Center posted 501 listings for full-time positions, a steep 12 percent decline compared to the same period from 2015–16.[1] Of these positions, 289 were on the tenure track, 94 were full-time, non-tenure-track positions (including both permanent and visiting positions), and 60 were postdocs. The remaining full-time positions were primarily nonacademic appointments or staff/administrative positions within higher education. 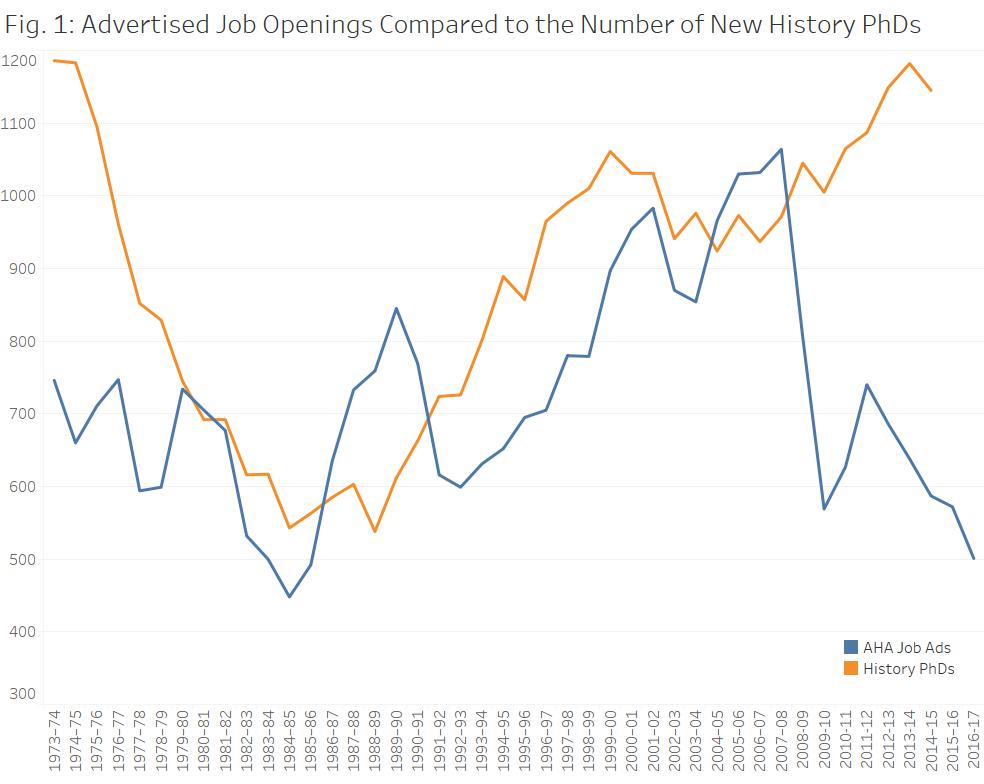 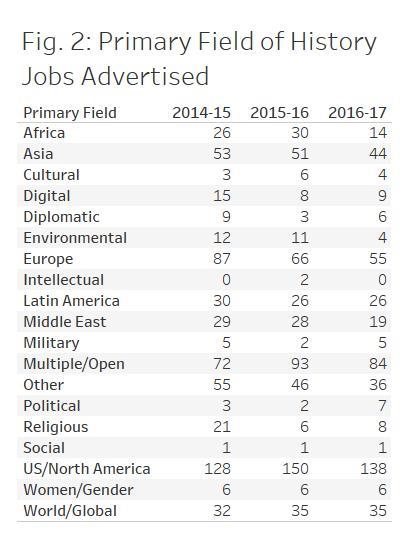 Employers placed 65 advertisements for full- and part-time positions beyond the professoriate, including public history, non-teaching oriented higher education jobs, and careers in the private sector. Employers advertising for these types of positions are an increasingly important presence on the AHA Career Center, having increased 435 percent in the previous two years. This growth may partially reflect the ongoing efforts of the AHA to promote the value of advanced degrees in history to employers. Certainly, it is an important reminder that the “market” for history PhDs is broader than the AHA Career Center’s listings suggest.

A full contextualization of these numbers, including data on the number of history PhDs earned last year, updates on the outcomes of 2016–17 searches, and comparative data from the H-Net Job Guide will be published in Perspectives on History early next year. Though ours is only one of several major job boards in the discipline, it seems clear that the 2016–17 academic job market was yet another difficult year for early career historians.