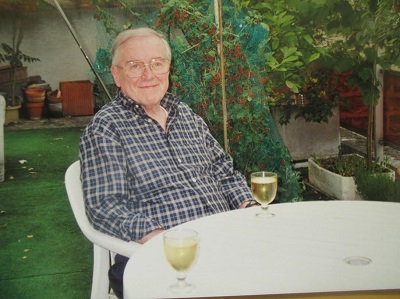 An érudit among specialists, James McLachlan died in Chapel Hill, North Carolina, of chronic obstructive pulmonary disease on June 19, 2015, after a lengthy illness. He was born in Danbury, Connecticut, on March 9, 1932. After schooling at the Choate School (now Choate-Rosemary Hall), McLachlan graduated in 1953 from Harvard College. Like so many others of his generation, he then saw military service, in his case in the US army in Germany, before briefly attending the Georgetown School of Foreign Service. He then earned his doctorate at Columbia University, where he studied with Richard Hofstadter. After Hofstadter's untimely death, McLachlan contributed to The Hofstadter Aegis: A Memorial, edited by Stanley Elkins and Eric McKitrick (Knopf, 1974). McLachlan's dissertation became American Boarding Schools (Scribner's, 1970), a seminal text in educational history. He then taught American history at Fordham and Yale Universities.

An early fellow of the Shelby Cullom Davis Center for Historical Studies at Princeton, he remained at Princeton to teach and continue his work in educational history. His "'The Choice of Hercules': American Student Societies in the Early Nineteenth Century," which advanced the ongoing revision of 19th-century college history, appeared in The University in Society, edited by Lawrence Stone (Princeton Univ. Press, 1974). He enlarged upon his views in an influential 1978 piece, "The American College in the 19th Century," in the Teachers College Record. In addition, he worked during this period on what became the five-volume series of biographical sketches of Princeton alumni between 1748 and 1794, published as Princetonians: A Biographical Dictionary (Princeton Univ. Press, 1976–91). These volumes, under the general oversight of W. Frank Craven and including profiles written by many historians, set a new standard for such projects. McLachlan, the editor and principal author of the first volume, was justly proud of his own essays, such as that on early Princeton president Ashbel Green.

Upon leaving Princeton, McLachlan joined New York University's Department of History as an adjunct professor to teach a course in material culture and broaden that department's pioneering public history program. He also became coeditor of The History of Education Quarterly, attracted by the journal's determination to link educational history (based principally in schools of education, which ignored broad history) with social history (based in history departments, most of them notable for ignoring educational history). An enviably wide reader of American and European history, McLachlan had an impact through his coeditorship in advancing the HEQ's effort to integrate educational and social history through its publication of essay reviews. At the time of his death, he was working on what would have become an authoritative data bank of 18th-century collegiate populations.

Jim's friends and colleagues knew him as an unredeemed historian of the old school, courteous to a fault and starchy in his assessment of others' work, someone who could draw upon a wide and deep education in the arts and sciences. One of the best-read historians of his generation, he amassed an extensive and envied library with contents spanning centuries and subjects, one that followed him into retirement in Chapel Hill. His other passions were the ballet, especially the works of George Balanchine, genealogy, and gardens—actual gardens as well as garden history and design, passions shared by his wife, Elizabeth Parker McLachlan, professor emerita of art history at Rutgers University. Not surprisingly, the McLachlans possessed an extensive library of works on these subjects and created three significant gardens of their own during their marriage.

In addition to his wife, McLachlan is survived by his sister, Marcia McLachlan Dolan, and two nieces, Debbie Dolan and Pamela Dolan Spiewak.