AHA Today , From the National Coalition for History

Historians have long complained about interference with their work by institutional review boards (IRBs), university-based ethics committees charged with protecting people who participate in experiments and other forms of human subjects research. Though well intentioned, IRB members and staff frequently fail to understand the differences between psychology experiments and genetic research on the one hand, and oral-history interviews and archival research on the other. For instance, they have sometimes insisted that oral historians disguise the identities of their narrators or destroy audio recordings, even though the identification of narrators and the preservation of their stories are central to the discipline. Ignoring oral historians’ established ethical traditions, which focus on securing narrators’ understanding and consent, they have imposed the medical injunction of “do no harm” on a profession that often aims to hold people to account for their choices.

Twelve years ago, historians thought they had found an escape. In an effort to avoid regulating all information gathering, such as medical tests performed for the benefit of a patient, federal regulations, known as the Common Rule, defined research as a systematic investigation designed to develop or contribute to generalizable knowledge. Historians reasoned that the stories they uncover are specific to the people and events they are investigating, and not generalizable in the manner of a study conducted on a representative sample of people. In October 2003, they secured federal concurrence with the interpretation that oral history interviewing activities, in general, are not designed to contribute to generalizable knowledge and therefore do not need to be reviewed by an institutional review board. The American Historical Association and other groups celebrated an apparent victory.

Within months, however, federal regulators backed out of this interpretation, telling that interviews would be subject to review if researchers planned to “draw conclusions” or “create an archive for future researchers,” which pretty much includes all oral history. With few exceptions, universities continued to require IRB review of oral history. Historians had learned that an interpretation of existing regulations was not enough; they needed to change the regulations themselves. And since these regulations exist primarily to govern biomedical research, with all of its attendant dangers and billions of dollars in funding, this seemed a daunting struggle.

Yet regulatory reform may be at hand. On September 2, 2015, 16 federal agencies released a notice of proposed rulemaking, the final step before the promulgation of new regulations. The new proposal acknowledges that for history, biography, and journalism, “the ethical requirement is to provide an accurate and evidence-based portrayal of the individuals involved, and not to protect them from public scrutiny. Therefore, the protections afforded to individuals by the Common Rule seem unhelpful in furthering the aforementioned ethical goal in this context.” This statement acknowledges the AHA’s 2006 position that “historians’ deepest responsibility is to follow the evidence where it leads, to discern and make sense of the past in all its complexity; not necessarily to protect individuals. In this we are akin to journalists and unlike medical professionals, who are indeed enjoined to do no harm.”

If the proposal is enacted, the federal government would be out of the business of regulating historical research. Historians would still be governed by ethical rules, including the AHA’s Statement on Standards of Professional Conduct and the Oral History Association’s Principles for Oral History and Best Practices for Oral History. But no longer would the federal government require them to seek approval from IRBs composed of members who have shown such little interest in or understanding of historical research.

The notice of proposed rulemaking hit the Federal Register on September 8, starting a 90-day period for public comment. The National Coalition for History (NCH) has submitted a comment on the rule to HHS. You can find out more about the background and current situation on the NCH website. The AHA has endorsed the NCH statement and also plans to submit its own comment. And while regulators have signaled reluctance to receive mass numbers of nearly identical comments, historians who wish to describe their own experiences and views may submit a comment at www.regulations.gov using docket ID number HHS–OPHS–2015–0008. 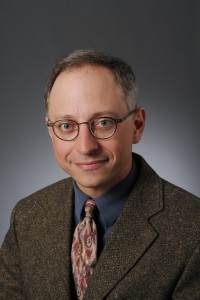