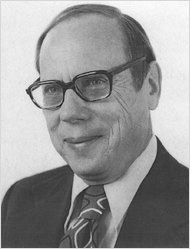 Historian of France and Coauthor Textbook on Modern History

Joel Colton, a distinguished historian of modern French and European history and professor emeritus at Duke University, died in Durham, N.C., on April 17, 2011, after a short illness. Born in New York City in 1918, Colton received his early education in the city's public schools and attended the City College of New York, where he completed his BA degree before he was 20 years old (1937).

He developed an early fascination with the French language and French culture, in part, as he explained in later years, because the history of France carried him far beyond the Depression-era society he knew in New York. Graduating with honors in French and membership in Phi Beta Kappa, Colton went on to receive the MA degree in history at Columbia University and a Masters in education at City College. He had hoped to find a high-school teaching job, but he joined the army soon after the United States entered the Second World War.

Colton's linguistic skills led to his appointment as a military intelligence officer and a dangerous introduction to European cities and conflicts. He served for 18 months in Europe and was among the first American soldiers to cross into Germany in 1945. In completely unpredictable ways Colton's youthful study of foreign languages merged with his military experiences to launch a long academic career in the field of modern European history.

History was therefore much more than an academic subject for Colton; it became his intellectual method for making sense of a European world that was nearly destroyed between 1939 and 1945. He returned to the United States to reunite with his wife Shirley Baron Colton (to whom he was happily married from 1942 until her death in 2003) and also to complete a PhD in European history at Columbia University (1950). His dissertation became a notable first book, Compulsory Labor Arbitration in France, 1936–1939 (Columbia University Press, 1951), and an early example of Colton's interest in economic institutions as well as his desire to understand the recent past.

Meanwhile, he began teaching European history at Duke University in 1947. Rising through the academic ranks, Colton eventually served as chair of the university's history department between 1967 and 1974. He also provided academic leadership as chair of the University's Faculty Council and taught generations of admiring Duke students. He was honored with a Distinguished Teaching Award in 1986. He retired in 1989, but continued his academic work until the last months of his life.

Colton received numerous awards for his scholarship. He was granted fellowships from the John Simon Guggenheim Memorial Foundation and the Rockefeller Foundation, for example, to work on a book about the French political leader Léon Blum; he later received a fellowship from the National Endowment for the Humanities. In 1979 he was elected to membership in the prestigious American Academy of Arts and Sciences.

He was active in professional organizations such as the American Historical Association, the Society for French Historical Studies, and the Southern Historical Association; and he served on the editorial boards of the Journal of Modern History, French Historical Studies, and Third Republic/Troisième République. He also led the College Board's committee for the Advanced Placement examination in European History and remained a strong advocate for other institutions that promote historical education.

Colton believed that historical research and writing should engage public audiences far beyond the small sphere of academic specialists. He thus encouraged public outreach for scholarly programs at the Rockefeller Foundation in New York, where he served from 1974 to 1982 as director for the humanities. Equally important, he wrote history in a lucid prose style that made his work accessible to nonspecialist readers.

He published his much-praised book on modern French political culture, Léon Blum: Humanist in Politics (1966), with Alfred A. Knopf in the United States and Fayard in France because he wanted his work to contribute to public conversations about the reforms of a socialist-led Popular Front and the legacy of France's first Jewish and socialist premier. A similar desire to promote public historical knowledge appeared in the Twentieth Century (1968), which was the book he wrote for a Time-Life series on the "Great Ages of Man."

This interest in communicating with wider audiences led also to his most influential contribution to contemporary historical work—the textbook he co-authored with R. R. Palmer: A History of the Modern World. Colton first met Robert Palmer in the early 1950s when Palmer came from Princeton to give a talk at Duke. Palmer's editors had asked him to revise his recently published survey of modern history, so he was looking for a talented colleague to help expand the material on the contemporary world. The younger Duke historian offered the kind of expertise that Palmer was seeking, and a new historical partnership emerged.

Colton became the coauthor of A History of the Modern World, which would soon be widely known as simply "Palmer and Colton." Gaining an international reputation as an elegantly written narrative of modern European history, the book's multiple editions were assigned to students at thousands of colleges and secondary schools and translated into Spanish, Swedish, Arabic, Italian, Chinese, and several other languages. Colton's intellectual identity became inextricably linked to this book (republished most recently in 2007), partly because its literary style was much more engaging than the prose of most textbooks and partly because its forceful argument emphasized Europe's central role in the wider history of the modern world.

Colton never doubted that people in other places and cultures made essential contributions to world history, but he and Palmer argued that modern political ideas and institutions, modern science and philosophy, modern economic systems and industrialization, and modern global trade had all emerged in European societies and colonies between the 16th and 20th centuries. Although A History of the Modern World was sometimes criticized for its "Eurocentric" narrative of global processes, Colton's study of European cultures and his personal experiences in modern Europe had convinced him that the historical approach to "modernity" should begin with a careful analysis of European history.

He constantly updated the book's interpretations of the recent past and thoroughly revised the extensive bibliography for each new edition. He had a remarkable memory for historical books and events, but he always connected history to the lives of human beings.

This humanistic impulse helps to explain Colton's interest in Léon Blum, whom he characterized in his book title as a "humanist in politics." The preface of this biography notes that "one emerges with a profound respect for this man of high moral integrity, deep idealistic convictions, and steadfast personal courage." These same themes could be used to summarize Colton's own life as a scholar, soldier, teacher, and friend, and yet there was another theme in this preface that may have described Blum's biographer even more precisely than Blum himself. "In the deepest moments of adversity," Colton wrote about Blum, "he never abandoned his inveterate optimism."

Optimism also shaped the life and career of Joel Colton, who was always looking toward the future as he studied the past. He understood, of course, that human history is often a tale of violence, folly, and injustice, but he strongly believed that historical knowledge provides an essential foundation for the continuing progress of social and political life.

Joel Colton is survived by his two children, Kenneth Colton and Valerie Woodbury, and by five grandchildren; and he is missed by all those who learned from him and enjoyed his friendship.