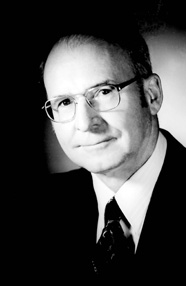 Charles F. Delzell, professor of history emeritus at Vanderbilt University, died peacefully in Santa Fe, New Mexico, on March 28, 2011. He had suffered a stroke the previous May.

The youngest of eight children, four boys and four girls, Charles Delzell was born in Klamath Falls, Oregon, on March 6, 1920. During 1930, his father, William A. Delzell, ran unsuccessfully for Congress as a Democrat against Willis C. Hawley, a Republican incumbent of Hawley-Smoot Tariff fame. Charles's memory of 1932 was happier, for as a 12-year old he shook hands with Franklin D. Roosevelt, campaigning in Oregon for the presidency.

Charles Delzell received his undergraduate education at the University of Oregon (1937–1941), earning a BS in history and election to Phi Beta Kappa. After one year of graduate study at Oregon, he transferred to Stanford University, from which he received an MA in History (1943). Delzell then served (1943–1945) in the U.S. Army's Criminal Investigations Division, seeing duty in North Africa and Italy, the latter stint introducing him to the land that would be the focus of his scholarly career. In 1946 he returned to Italy and nearby lands representing the Hoover Institution (as curator of Mediterranean collections) and the library of Stanford University to collect records of recent history.

Study for the PhD at Stanford University followed (1947–1948), then an academic year on an Italian government scholarship at the Istituto Italiano per gli Studi Storici in Naples. He received the PhD in 1951.

Delzell's PhD dissertation was published by Princeton University Press in 1961. The manuscript of Mussolini's Enemies: The Italian Anti-Fascist Resistance had already won the Borden Award of the Hoover Institution & Library, Stanford University, the previous year; now the book captured the George Louis Beer Prize of the American Historical Association. Reviewing Mussolini's Enemies in the American Historical Review (1962), Kent Roberts Greenfield praised it as "a first-rate book on an important subject which puts that subject on a new footing." Researching the study had been "a task of enormous difficulty"; the volume was written in "clear, vigorous, and resourceful English." William C. Askew seconded Greenfield in the Journal of Modern History (1963), terming the book "a major contribution," written in "beautiful prose." Oxford University Press printed a British edition of Mussolini's Enemies in 1961; Howard Fertig, Inc., brought out a corrected reprint edition with a new preface 13 years later.

Over a long academic career and even into retirement Charles Delzell wrote an impressive number of pamphlets, notably for the American Historical Association; sections or chapters in others' works; and articles in scholarly journals and encyclopedias, most frequently in The Encyclopedia Americana and The American Annual, the latter from 1962 to 1996. He also edited The Unification of Italy, 1859–1861: Cavour, Mazzini, or Garibaldi? (Holt, Rinehart, and Winston, 1965); Mediterranean Fascism, 1919–1945 (Harper & Row, 1970); The Papacy and Totalitarianism between the Two World Wars (John Wiley & Sons, 1974); and The Future of History: Essays in the Vanderbilt University Centennial Symposium (Vanderbilt University Press, 1977), the last after serving as the symposium coordinator.

Delzell's scholarship earned him a Fulbright Research Scholarship in Rome (1964–1965), a National Endowment for the Humanities Research Fellowship (1973–1974), and summer resident scholarships at the American Academy in Rome (1973) and the Rockefeller Foundation's Study and Conference Center, Bellagio, Italy (1978). Vanderbilt University named Delzell the Harvey Branscomb Distinguished Professor for 1970–1971; he received the Dean's Alumni Achievement Award, College of Arts and Sciences, from the University of Oregon in 1990, as "perhaps the leading American scholar of twentieth-century Italian history." Two years later, he was inducted into the Order of Merit of the Republic of Italy.

Charles Delzell taught one year each at the universities of Hawaii and Oregon before joining the faculty of Vanderbilt University in 1952, from which he retired in 1989. Then, as professor emeritus, he served as an adjunct professor and taught in the fledgling Retirement Learning at Vanderbilt program. Delzell was a dedicated teacher of undergraduates, graduate students, and adults. Early this year, John R. Barber, a retired professor (Ball State University) who had earned his PhD under Delzell's direction expressed gratitude in a letter to his mentor, who modestly reacted by saying that he had done nothing exceptional or remarkable. But "it was, and he was," as Barber recently put it to me.
At Vanderbilt, Delzell served university, college, and department in numerous ways, among them terms in the Faculty Senate, the Graduate School Faculty Assembly, and the Faculty Council of the College of Arts and Sciences. He was chair of the senate for one year. Delzell chaired the Department of History, 1970–1973, and, on an interim basis during 1983 and 1986. For distinguished service to the university, Delzell received the Thomas Jefferson Award in 1985.

In 1998 Charles Delzell and his wife, Eugenia, moved to Santa Fe, New Mexico, where they remained active in the retirement community in which they lived.

Eugenia Delzell, Charles's wife of 63 years, and their three children—Pauline, William, and Charles—survive him.