Taken together, these three books provide a rich and timely resource for history departments as they rethink-or create anew-courses grounding majors or graduate students for their professional work as historians. The books are complementary; they feature abundant, thorough, and up-to-date bibliographies, which often point to instantly accessible digital resources. Their aspirations, too, reach well beyond the history classroom, and their authors write from impressive experience outside those walls. 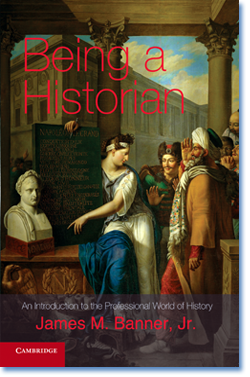 James Banner begins Being a Historian with an incisive distinction between the discipline of history and the professions of history. A discipline, he writes, is a universe of thought whereas a profession is an arena of action. Thus history can be characterized as a single discipline practiced in many professions. Banner focuses on history's arenas of action, the institutional settings within which professional historians operate. He writes so that we can "learn of history's dwelling place from within," and thus his book is a "companion to the world that historians have made and now inhabit, at least in the United States.

"Banner provides a nicely elaborated account of how the discipline of history grew up within the academic profession in the late 19th and early 20th centuries, even though his ultimate point is that historians are still too constrained by identification with the academy. His review of US academic institutions related to history is generally thorough and accurate but lacks analysis of the modern, market system of job placement. It does offer targets for Banner's celebrated capacity for tart observations. I usually savor those observations, even if I am not persuaded, for example, that the American Council of Learned Societies should accept individual members.

Of course, institutions are not themselves the discipline, not historians' "universe of thought." Ludmilla Jordanova's lucidly structured book focuses on that universe, the contemporary discipline of history. History in Practice sets out to sketch "what historians actually do and how and why they do it." Jordanova sorts out the overlapping ways the discipline organizes itself (e.g., by period, place, method, and types of individuals). She maps history's contact with nearby disciplines including sociology, anthropology, and textual studies. She views history not so much as a body of knowledge but as a distinct set of skills developed and employed by practitioners. These include identifying relevant sources, reconstructing the circumstances of their generation, and making convincing plausible claims based on research findings. Jordanova provides several nicely thought-out examples of what she considers the most important skill: identifying and shaping a historical problem. 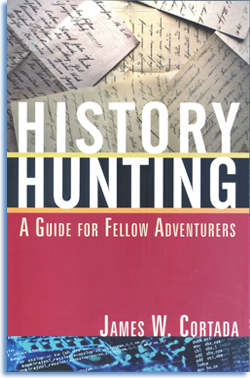 Students, especially undergraduates, are likely to find James Cortada's History Hunting the most engaging and immediately useful of these three books. Cortada, too, focuses how historians carry out research, but zooms in on specific, ground-level tasks, indicating why, for example, it's better to type than to write notes by hand and better to photocopy sources than to take notes at all. Cortada's writing is lively and direct. Each chapter begins with memorable anecdotes from his own experience, draws out lessons learned, and concludes with pointers for those "getting started.

"The relaxed tone of History Hunting shouldn't distract from its distinctive notes. Cortada writes about the history of information technology and has experienced firsthand how research techniques are being transformed by the digital revolution-throughout the book he touches on software analytics, wave studies, path dependency, and social networking. He observes that yesterday's 20-year project can be done in half the time today, while drawing on a much greater volume of sources. Development of new research tools, he notes, could be supported by the widespread interest in family history and genealogy, and he suggests that professional historians could borrow data mining techniques from genealogists. Reciprocally, Cortada is disappointed that finding a course on family history taught by a professional historian it is virtually impossible.

Banner criticizes graduate education for inflicting Veblen's "trained incapacity" on many historians, so that they cannot think of their work "as having any interest or utility to anyone beyond academic walls." All three of these books humbly refrain from claiming high epistemological status for history. (Jordanova notes that the challenges to such status have come largely from history's fellow humanities disciplines.) All three, however, calmly assume the utility of history, of what Jordanova calls "the past's perennial usefulness in the present." Cortada's matter-of-fact tone grounds the utility of historical thinking in normal, everyday life: historians begin by asking "What really is going on" and then "How do you know that is true?" Someone thinking like a historian, he claims, may well walk into a business conference room and ask: "How did we get into this mess in the first place?" 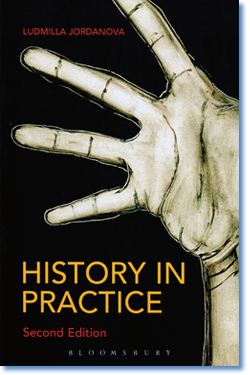 Cortada does not use the expression "public history," a term central to the arguments of both Jordanova and Banner. But Cortada does urge professional historians to embrace "applied history," partly because they are better prepared for it than the vastly larger number of untrained people who are actually doing applied history. He has no hesitation in spelling out what historians can do for companies and government agencies and he even gives examples of situations for which they could hire historians.

For Banner, "public history" is a profession, like academic history. The profession of public history "emphasizes the direct utility, rather than the diffuse applicability, of historical knowledge to human affairs." The work of public historians, Banner observes, tends to be mission-oriented, serve specific clients, be conducted in groups, and be situated in agencies and firms of which he identifies at least 14 kinds, including preservation offices, film studios, and museums. He stresses that public historians work with a much greater variety of media and encounter audiences broader, more diverse, and more engaged than they would on campus.

Banner argues that the modern career of public history began in the 1970s when more history PhDs were awarded than there were academic teaching positions available. From this bane came the blessing of historians working to advance understanding of the past among members of the general public, and this in turn has "resulted in the awakening of millions of people far beyond academic walls, task-oriented professionals and simply interested citizens alike, to the utility and satisfactions of historical knowledge.

"But Banner's narrative-his description of the emergence of an institutional infrastructure for public history: the National Council on Public History, master's programs in public history, publications, and so on-raises a question. Do implicit or explicit celebrations of public history encourage graduate students toward a job market that is no more able to accommodate their numbers than the academic job market? Of employed history PhDs, 42 percent were working outside the academy by 1995, but only one in seven as a "historian." Conclusive data on this issue are lacking, however, due in part to the self-immolating decision by the National Endowment for the Humanities to stop funding the Survey of Doctorate Recipients.

Jordanova's discussion of public history takes off from the observation that "historical phenomena and their representation are not the exclusive domain of the discipline of history." They are, she writes, "in the public domain." For the last three centuries public history has been bound up with nation formation, Jordanova recalls, and in many other ways history has been a prop, a marker of identity, for individuals and groups. In this context she notes that the manipulative use of history in public life "goes largely unchallenged." In her generalization that public discourse seems to depend on claims about the past one can hear an almost wistful tone.

History in Practice admittedly uses "public history" as an umbrella term. While Jordanova usually has in mind museums and heritage issues, she also includes memorials, documentaries, nonspecialist magazines, and historical fiction and drama. (Banner acknowledges the heterogeneity of "public history" in a footnote.) What all these media have in common and what makes public history centrally important, in Jordanova's view, is that they aim for mass audiences and work with the emotions. Banner, too, views the most demanding challenge of public history as the engagement with opinionated, increasingly well-educated citizens.

Both Jordanova and Banner find the 1995 controversy surrounding the Smithsonian's planned Enola Gayexhibit instructive for public history. For Jordanova especially, it emphasizes the deeply political nature of public history and raises the question of how and whether to seek balance between historical interpretation and commemoration. Public history, she suggests, requires us to consider also how publics develop their sense of the past.

Banner is certain, as Jordanova doubtless is, that all varieties of history, including public history, should be evaluated against the same standards of accuracy, explanatory power, and clear presentation, that the acid test of historical evidence and claims is evaluation by intellectual peers. Yet he also insists that history must try to speak to nonacademic audiences in ways they can accept. Banner notes that many public historians develop special skills for interpreting public and private memories and praises recent efforts to involve the public in interpreting historical sites.

It is one thing to recognize new careers, Banner observes, quite another to recast a discipline. The institutional infrastructure for public historians is far from complete. Graduate students need honest preparation for an informed and deliberate choice of professions, and the public history option requires new skills for creating and presenting historical knowledge. Questions of professional conduct arise for which historians have yet to codify answers. How should peer review operate in museums? How can respect for the best scholarly understanding be reconciled with respect for history's various publics? To these Jordanova might add: How can we obtain not only wider dissemination of historians' insights, but of the interpretive skills that lead to such understanding? Continuing construction of "the world that historians have made and now inhabit" will require working out answers to such questions. And perhaps one other thing is needed.

Jordanova and Banner tend to treat professional historians as solitary actors, taking an individualistic perspective, occasionally (in Banner's book) a heroic one. With a more collegial turn of mind, Cortada worries that the scope of historical research has been restricted to the capacity of single human beings, a limit that historians have been bumping up against for the last 20 years. He devotes a chapter to "Big History" by which he means large-scale, multi-person projects (not accounts of the history of the cosmos and all humankind). His recommendation for graduate schools is that students in history learn techniques of project management, as do those in some social sciences. With the increasing need for collaboration, "those of us who do historical research are simply going to have to learn how to practice our craft in this new world, and be nice to each other."-James Herbert was director of research programs at the National Endowment for the Humanities from 1996 to 2003. His To Jonah When You Are Twenty-Five is to appear in 2014.