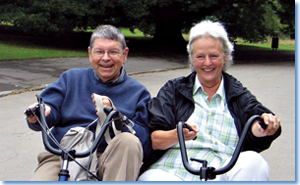 Robert H. Zieger, distinguished professor of history emeritus at the University of Florida, passed away unexpectedly at his home on March 6, 2013. He is survived by his wife, Gay Pitman Zieger, a retired college instructor and artist; and his son, Robert Zieger, daughter-in-law Shiera, and granddaughter, Persephone. Born on August 2, 1938, in Englewood, New Jersey, to a union family, Zieger was a prolific writer and preeminent labor historian who twice won the Philip Taft Labor History Book Award. Through his academic outreach and organizing, he encouraged generations of students and fellow academics to explore the history of workers, work, and unions, and also worked widely in the interdisciplinary field of labor studies.

Labor studies scholar Robert Bussel, at the Labor Education and Research Center at the University of Oregon, aptly summarized Zieger's scholarly work: "His books on the CIO, the twentieth-century American union movement, and race and labor are models of lucid prose, rigorous scholarship, and balanced treatment of complex historical issues." Zieger's path-breaking and comprehensive study, The CIO, 1935-1955 (Univ. of North Carolina Press, 1995), will remain the standard for many years to come. His last book, For Jobs and Freedom: Race and Labor in America Since 1865 (Univ. Press of Kentucky, 2007), cogently synthesizes a huge literature on black labor and places the problem of racial division and exclusion at the center of American labor history. The book sharply critiques racism within and outside of unions, and calls for a reckoning with the nation's continuing failure to address the legacy of its history of racial oppression and inequality. Georgetown University historian Joseph McCartin, characterizing Zieger as "one of America's wisest and most accomplished historians," wrote that the book "offers the best introduction now available to the long and difficult history of African Americans' struggle for opportunity and justice both in the workplace and the labor movement.

"Zieger not only wrote American labor history, but also promoted it as a field of study. He organized North American Labor History conferences in Detroit when he taught at Wayne State University in the 1980s. He opened up new terrain in southern labor studies in the 1990s and beyond at the University of Florida, organizing multiple conferences and editing three collections of southern labor history: Organized Labor in the Twentieth-Century South (Univ. of Tennessee Press, 1991); Southern Labor in Transition, 1940-1995 (Univ. of Tennessee Press, 1997); and Life and Labor in the New South (Univ. Press of Florida, 2012). Zieger's other books include a biography, John L. Lewis: Labor Leader (Twayne, 1988), and two textbooks: America's Great War: World War I and the American Experience (Rowman and Littlefield, 2000) and American Workers, American Unions (Johns Hopkins, 2002, 3d ed., with Gilbert J. Gall).

Bob's constant explorations into various epochs and facets of history prompted much new work. Various scholars, including myself, will always have special regard for the way Bob helped to create the field of labor studies and welcomed us into it by creating venues for our research and writing. Bob's many associates remember him as a tough-minded but fair editor, but also as "an indefatigable friend," in the words of Paul Ortiz at the University of Florida. Historian Alex Lichtenstein at the University of Indiana remembered Bob as "one of the least pretentious people I have ever met, inside or outside of academia ... what I will always cherish about Bob is his bedrock political and intellectual integrity. A man with a strong belief in social justice, he never sought to impose his views on others.

"Zieger was a model scholar, teacher, and activist citizen, and a joy to study with, according to one of his graduate advisees, Alan Bliss. Amidst his extensive research and writing, Bob took special delight in organizing, both inside and outside of academia. He helped to successfully organize the United Faculty of Florida and served as a faculty delegate to the North Central Florida Labor Council, AFL-CIO. Retired historian and close friend Otto Olsen in Gainesville recalled Bob as "a workhorse in the local labor union movement, not only serving on a variety of boards and committees but doing the manual work of clearing up and putting chairs away after meetings. He would even serve Corinne and I at the periodic union sponsored spaghetti dinners."

Robert Zieger's sudden passing caused a great deal of mourning among friends and the many scholars who worked with him on projects. Tami Friedman, at Brock University, Ontario, Canada, one of the scholars who wrote an article for Bob's last collection on southern labor history, remembered him as "a model scholar and collaborator, a careful and conscientious editor and reviewer, and a kind, thoughtful, generous human being." Friends and scholars are urged to contribute to the Southern Labor Studies Association's Robert H. Zieger Prize for Southern Labor Studies, c/o Evan Bennett, History Department, Florida Atlantic University, 777 Glades Road, Boca Raton, FL 33431. For more extensive remembrances, see the Labor and Working-Class History Association (LAWCHA) website. To reach the family, please contact Alan Bliss.