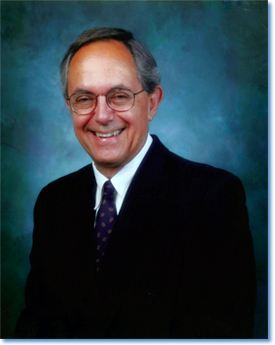 Historian of Eastern Europe, the Balkans, and Nationalism

Gale was born on September 5, 1933, in Orange, New Jersey, and received his BA in 1954 from Colgate University. After serving nine years in the air force, he resigned from his position as captain to enter graduate school at the University of Indiana, where he worked with Charles Jelavich and focused on the history of Yugoslavia. He received his PhD in 1970.

In 1968, Gale came to Rice University, where he remained until his retirement in 2005. A distinguished scholar of nationalism, eastern European, and Balkan history, he was the author of six books, over 40 articles, and hundreds of public lectures. His first two books, Legitimacy Through Liberalism: Vladimir Jovanovic and the Transformation of Serbian Politics (1975) and Politics as Development: The Emergence of Political Parties in Nineteenth Century Serbia(1990), focused on liberalism, nationalism, and the formation of the Serbian state. Gale's interest went far beyond Yugoslavia, however, as evidenced by his wide-ranging essays on nationalism and eastern European politics and history. In 2011, he saw into publication a second, revised and updated edition of The Walls Came Tumbling Down: The Collapse of Communism in Eastern Europe, originally published in 1993, just three years after the extraordinary events of 1989-90. For this volume, which remains a standard work, he received the 1994 Wayne S. Vucinich Book Prize for the best book in the field of Russian, Eurasian, and eastern European studies.

Gale combined a commitment to scholarship with a dedication to teaching. A three-time winner of Rice University's coveted George R. Brown Award for Superior Teaching, Gale excelled as a teacher, in part because he was able to convey his enthusiasm about history to his students. Several of his works grew out of his undergraduate courses. From Stalinism to Pluralism: A Documentary History of Eastern Europe since 1945, for example, gave his students the chance to work with primary source materials on the establishment of Stalinism in eastern Europe, the early Marxist critiques, the rise of "antipolitics" as a response to the regimes, and the gradual return to political pluralism and market economics. His many years of teaching modern European history bore fruit in his 1998 survey, coauthored with C. Warren Hollister and J. Sears McGee, The West Transformed: A History of Western Civilization. The breadth and stimulating writing of the book reflected his wide reading in the history of energy and technology, art and culture, and of course politics and economics.

Gale was well respected in professional circles not only for his scholarship but also for his service. An editorial board member for the American Historical Review, the Journal of Modern History, Slavic Review, East European Politics and Societies, and Problems of Post-Communism, he also lent his expertise to the American Council of Learned Societies and the Social Science Research Council, and to media outlets such as the MacNeil/Lehrer NewsHour, CNN, NPR, and the Washington Post. In 2003, he served as president of the American Association for the Advancement of Slavic Studies and he was an enthusiastic member of the American Historical Association's Research Division from 1998-2001.

We at Rice University remember Gale for his extraordinary service as well: as Dean of Humanities, as departmental chair, as chair of innumerable university committees. But we remember him most for his love of literature and art, his active engagement with folk-dancing, his passion for food, his friendship and advice, and most of all his love for life.