In 2009, the AHA formed a task force to recommend ways to improve the Association's services to historians employed in community, junior, and technical colleges-a constituency that is underrepresented in the membership of the organization. As of April 2013, just 468 of 14,330 AHA members indicated that they work at two-year colleges. With approximately 1,200 community colleges in the United States, it is clear that the AHA is not attracting sufficient membership from this part of the discipline. The task force spent several years studying the issue and preparing a report for the AHA Council, and the findings are now being used to plan new intiatives.

At least half of all undergraduate students in the United States are enrolled in two-year colleges. Subsequently, a community college history course may be many students' only encounter with secondary-level history study. As the report notes, supporting the faculty who teach those students and providing them with opportunities for professional development serves "the AHA's core mission of promoting historical studies."The task force surveyed AHA members employed in community, junior, or technical colleges, and the results provided a snapshot of their profession. Two-year college faculty may work as part of a multi-disciplinary department or may be the only historian on their campus, but the majority-84 percent of respondents-were employed in a department of history. Two-year college faculty teach a variety of topics: 84 percent of survey respondents spent time teaching the history of the United States, 33 percent world history, 41 percent Western civilization, 18 percent European history, and 10 percent Latin American history. Two-thirds had a PhD or were ABD. Seventy-seven percent had been teaching history for more than six years. A majority described themselves as satisfied with their current job, although 55 percent believed they were underpaid and had little opportunity for career advancement. 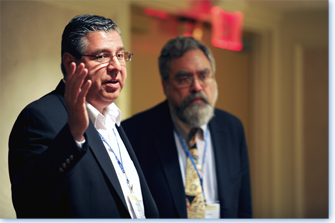 Community colleges serve a diverse student body, including high school students earning college credits, students planning to transfer to four-year colleges, students training for jobs in the local economy, and students who need developmental training in basic reading and writing skills. Many respondents identified the challenge of teaching underprepared students as their most serious professional issue.Community college faculty cited systemic issues such as budget cuts, reductions in course offerings, insufficient teaching resources, and the overuse of part-time faculty as other serious challenges facing community college faculty today. However, the survey suggested that what community college historians want most from the American Historical Association is a sense of connection to the discipline and recognition of their standing as valued colleagues. The task force concluded that historians employed in two-year colleges look to the AHA for "intellectual support and validation of their status as professionals."The most common recommendation offered for how the AHA could improve its service to community college faculty was to publish more articles about teaching in Perspectives on History and the American Historical Review. The second most common was that the Association should work to change the perception that community college teachers are "second-class citizens" in the discipline. As one respondent put it, "in my mind, the only differences between myself and faculty at four-year colleges and universities are that I have fewer opportunities for teaching upper-division courses and less time to conduct research."

The task force offered numerous suggestions for action, including establishing a research prize for two-year college faculty, making a concerted effort to recognize community college faculty through the Association's teaching awards, and including more community college historians on the program at the annual meeting. They suggested following selected sessions at the annual meeting with discussions of the teaching implications of the research presented, a professional development opportunity that would benefit all teachers of history.Drawing on the expertise of task force members, the Association has already begun implementing many of the recommendations in the report. The AHA is conducting a professional development program for community college faculty, Bridging Cultures at Community Colleges funded by the National Endowment for the Humanities and oriented toward integrating historical scholarship on the Pacific Rim and Atlantic world into the curriculum. Community college instructors are helping to identify what students should learn when studying history at the associate level as participants in the ongoing Tuning project (see the AHA Tuning Portal). The AHA now offers a joint membership with the Community College Humanities Association, and the Association has launched a reception for two-year college faculty at the annual meeting.The report will guide the Association as it works to improve the services it provides to two-year college faculty, meet their professional development needs, and educate the broader discipline about the work that takes place in two-year colleges. Members of the task force will report back to the AHA Council in 2015 on the Association's progress in implementing the recommendations in the report and attracting more historians employed at two-year, junior, and technical colleges as members.-Debbie Ann Doyle is the AHA's coordinator of committees and meetings. She staffed the Two-Year College Faculty Task Force from 2011-12.-Cheryll Ann Cody (Houston Community Coll., West Loop Campus) is a member of the AHA Council and Teaching Division. The survey analysis in this article is drawn from a longer report she prepared for the Council.The report of the American Historical Association's Two-Year College Faculty Task Force is now available on the Association's web site. Read the full text of the report.

The American Historical Association thanks the members of the Two-Year College Faculty Task Force for their service: