The Politics and Purpose of Library Subject Headings

Historical research almost always starts with words. When you search in a library catalog, databases, or even Google, the words you use to describe your topic determine what you’ll find. These words can also reinforce assumptions, exclude people, or perpetuate stigma. Library of Congress Subject Headings (LCSH), “a list of words and phrases—called headings—that are used to indicate the topics of library resources,” are used by most libraries in the United States to help users find resources in their collections. For the last century, librarians have worked to make LCSH more inclusive and accurate by replacing offensive or racist terms with language that more fully reflects the identities and experiences of diverse populations. 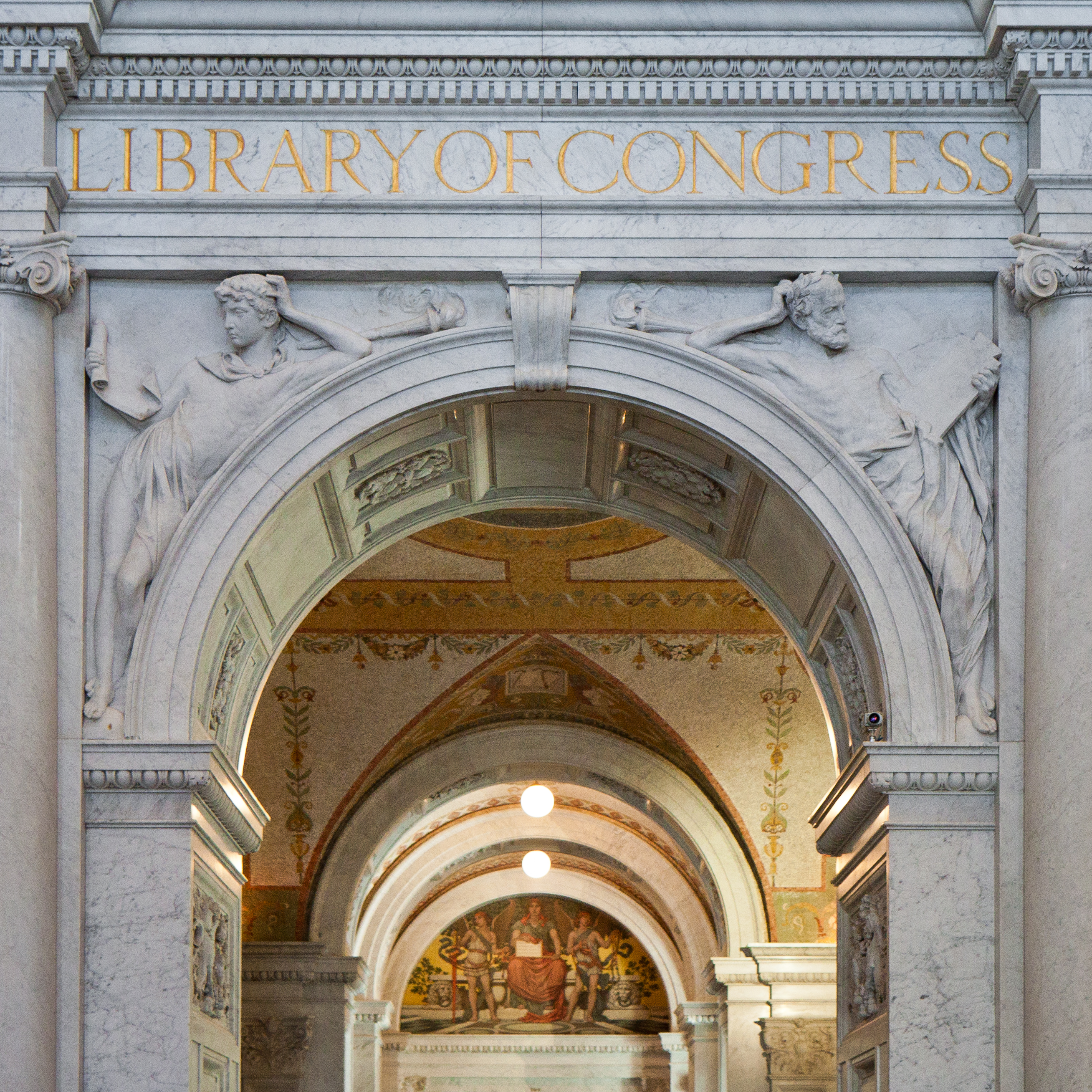 The Library of Congress sets the standards for subject headings used by most libraries in the United States—which leads to issues of gatekeeping not easily resolved. ep_jhu/Flickr/CC BY 2.0

Started in 1898, with the first edition coming out in parts from 1909 to 1914, LCSH were widely adopted by the 1930s. They rely on modern, user-friendly, and accurate language to connect library users to resources. Keeping subject headings up to date is a gargantuan task, which is one of the reasons individual libraries stopped maintaining local lists and adopted LCSH.

Subject headings remain essential to the research process even as it becomes possible to quickly search the full text of digitized items. For example, if someone searches for “World War I” and “post-traumatic stress disorder” in a database of digitized primary sources, full-text keyword searching will fail. Those phrases did not appear in texts from the period. Subject headings accommodate variations in terminology over time and ensure that users will locate the sources they need.

Subject headings make it easy to distinguish between Mercury the element, the planet, the car, and the Roman god and to get search results for just one and exclude the others. Librarians create them to facilitate searching by subject around the pitfalls of synonyms, homographs, and other variations. They designate one word or phrase as the official subject heading to be used consistently, allowing human searchers and automated systems to identify resources on a topic regardless of words used in the resources themselves or what language they’re in.

To remain effective, headings must be regularly updated to reflect current usage. Today’s LCSH People with disabilities used to be Handicapped and, before that, Cripples. Additionally, new concepts require new headings, such as the recently created Social distancing (Public health), Neurodiversity, and Say Her Name movement. The process of determining which word or phrase to use as the subject heading for a given topic is inevitably fraught and can never be free of bias. The choice of terms embodies various perspectives, whether they are intentional and acknowledged or not. In the case of LCSH, the dominant perspective has been that of the US government. Where its laws and policies have enacted oppression, discrimination, marginalization, or erasure, LCSH have reflected that.

The terms selected for LCSH are the focus of intense debate in the library world, and these decisions affect scholars and educators. Library users often think of libraries as authoritative and neutral. When they encounter problematic or pejorative subject headings while conducting research, libraries are falling short of their commitment to provide “accurate, unbiased, and courteous responses to all requests.”

Concerns about LCSH are not new. Librarians have called attention to such issues and pushed for change for nearly a century. In the 1930s, Dorothy Porter (Howard Univ.), Catherine Latimer (135th Street branch of the New York Public Library, which became the Schomburg Center), and Frances Lydia Yocom (Fisk Univ.) grappled with the inadequacies of LCSH for describing resources by and about African Americans and Black people around the world. They developed local “unauthorized” subject headings to provide better access to their institutions’ materials than the white-centric, racist, colonial-minded treatment afforded by LCSH.

Headings must be regularly updated to reflect current usage.

A generation later, Sandy Berman emerged as the most prominent librarian in efforts to garner public pressure to change LCSH. His influential 1971 book, Prejudices and Antipathies: A Tract on the LC Subject Heads Concerning People, marked the beginning of the contemporary movement to overhaul and modernize LCSH. As the head of cataloging at the Hennepin County Library in Minnesota from 1973 to 1999, he created an independent subject headings system based on LCSH, but with a more responsive approach to creating new headings and dispensing with oppressive and outdated terminology. Berman’s efforts encompassed both working to reform LCSH and asserting libraries’ autonomy to move beyond its limitations.

Although it can be difficult to draw a direct line between the work of activists and librarians and LCSH changes, LC has addressed many of the problematic subject headings to which Berman and others drew attention. Overtly racist terms like Yellow peril and Jewish question were deleted in the 1980s. Gypsies is now Romanies, and “conflict” has been changed to “war” in Vietnam War, 1961–1975. In 2006, a parenthetical was added to make the heading for the Christian deity like the headings for those of other religions. It is now God (Christianity) rather than simply God. Asexuality (Sexual orientation) was added in 2016.

LCSH can become politicized in ways that go far beyond libraries. Long-time advocates for changing the heading Armenian massacres, 1915–1923 renewed their push after both houses of Congress passed resolutions recognizing the Armenian genocide in June 2020. LC responded to the Armenian National Committee’s letter requesting that the subject heading be changed by explaining that it would not do so because it “defers to the President and the State Department on the terminology and refrains from using the word genocide in the official subject heading.” After the Congressional Armenian Caucus requested it, LC reversed its position and the heading was changed to Armenian Genocide, 1915–1923.

Many other long-criticized LCSH have been changed in just the past two years. The benign-sounding middle part of Japanese Americans—Evacuation and relocation, 1942–1945 was changed to Forced removal and internment. The word “riot” was replaced to make Tulsa Race Massacre, Tulsa, Okla., 1921 after this was proposed by the University of Oklahoma Libraries based on the recognition that “naming matters: the words used to describe people and events affect perceptions and, in turn, those perceptions have concrete implications for social justice.”

Controversial LCSH still in use include Sexual minorities (a strange collective term for LGBTQ+ people) and Indians of North America, which has the lamentable corollary East Indians (for people from India, with that modifier because of how “Indians” is used in headings for Indigenous peoples).

The most well-known effort to update LCSH terms today centers on Illegal aliens. Featured in the documentary film Change the Subject, the campaign to get LC to “drop the I-word” began in 2014 at Dartmouth College after undocumented students were troubled that their library’s online catalog used that term and demanded that it be replaced. The library responded by inviting students to collaborate with them on an official proposal to change the heading. The proposal was submitted in July 2014 and rejected by LC that December.

The most well-known effort to update LCSH terms today centers on Illegal aliens.

In 2016, a resolution by the American Library Association (ALA) said the phrase “illegal aliens” has “undergone pejoration and acquired derogatory connotations, becoming increasingly associated with nativist and racist sentiments” (full disclosure: I drafted that ALA resolution). Shortly thereafter, LC announced that it would discontinue Illegal aliens, replacing it not with Undocumented immigrants but with a combination of Noncitizens and Unauthorized immigration.

The news was greeted with elation but also concern that the replacement terms would make it harder to find resources. That discussion was quickly sidelined by GOP backlash, with Rep. Diane Black (R-TN) introducing HR 4926, “Stopping Partisan Policy at the Library of Congress Act,” and Republicans on the House Appropriations Subcommittee including an instruction in a subcommittee report that LC should “maintain certain subject headings that reflect terminology used in title 8, United States Code.” Black’s bill did not pass, and no provision calling for Illegal aliens to be retained made it into the appropriations bill. Nevertheless, LC backed down. In May 2016, the Library announced that it would conduct a survey and study the issue.

LC made no further public comments until November 2021, when it announced that Illegal aliens would be replaced with a combination of Noncitizens and Illegal immigration. In the meantime, dozens of libraries diverged from LCSH to change the heading in their own online catalogs. Many librarians are dismayed that LC has decided to adopt Illegal immigration, apparently a concession to forces in Congress that seek to scapegoat and criminalize the undocumented. It’s an improvement that “the I-word” refers to actions rather than people, but library users will still be subjected to the vilification it conveys.

LC welcomes public comments, and feedback from subject matter experts is particularly valuable. A crowdsourced list of many “problem LCSH” can be found (and added to) on the Cataloging Lab wiki. Those who want to provide feedback to LC on proposals being considered can follow what new and changed subject headings are under discussion on LC’s “Tentative Monthly Lists.” LC’s monthly online editorial meetings, at which select subject heading proposals are discussed, are open to the public. Information on how to “request to attend a subject editorial meeting” is available in the Acquisitions and Bibliographic Access Directorate section of the Library of Congress website. Another good option for historians looking to get involved in this work is to connect with cataloging staff at their institutions’ libraries. Together, you can propose solutions to LC or devise local alternatives.

Inaccurate or pejorative subject headings can replicate and reinforce broader social injustices. By working to improve LCSH, librarians, historians, and advocates strive to make it possible for all library users to have a positive, productive experience.

Tina Gross is the metadata and cataloging librarian at North Dakota State University. She tweets at @aboutness.