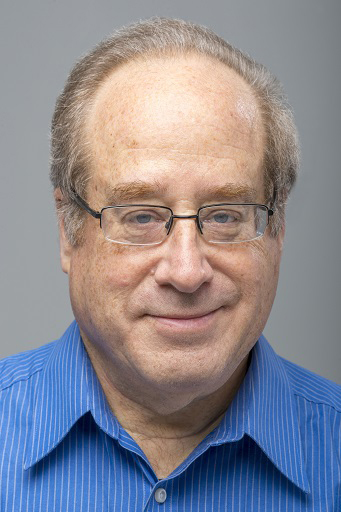 Howard P. Segal, a professor of history at the University of Maine, died on November 9, 2020, in Orono, Maine.

Born and raised in Philadelphia in a liberal, middle-class Jewish household, Segal attended Franklin and Marshall University during the turbulent 1960s, where he developed a reputation as a campus leader. As a graduate student at Princeton University, Segal wrote a dissertation on “technological utopians,” 34 Americans from 1810 onward who shared a similar vision of what the nation could be. What separated his subjects’ singular vision from other utopians was their various uses of technologies to overcome otherwise imposing limitations or social inequities. He later published his revised dissertation as Technological Utopianism in American Culture (Univ. of Chicago Press, 1985).

Segal’s dissertation foreshadowed his life’s work. Utopias attracted him because they suggested a perfectibility that he wanted to help make true. His work labored to make institutions, governments, and other social agencies continually strive to approach that noble goal. When they inevitably did not, Segal chided, derided, and even lambasted them and the officials who set their wayward courses.

At the heart of almost everything that Segal wrote sat technology—not as a monolith, but rather a category, a collection of awesome powers that could be used for good or evil. As he spelled out in Future Imperfect: The Mixed Blessings of Technology in America (Univ. of Massachusetts Press, 1994), it was expressly because technology often had unintended consequences that Segal so cherished his utopian-inspiring institutions. Their representatives could be entrusted to redress wrongs, alter course, and rein in unexpected ramifications that could cause harm.

After earning his PhD in the mid-1970s, Segal embraced the difficult life of an itinerant scholar, accepting term-limited appointments at Franklin and Marshall, the University of Cincinnati, and Dalhousie University. He spent five years in a permanent position in the humanities department of the University of Michigan’s engineering college before the department closed. Segal took temporary posts at Eastern Michigan University and Harvard University before landing a permanent position at the University of Maine in 1986. He taught there for the remainder of his life, and it is there that he met his spouse Deborah Rogers, an English professor. Together they raised two children, Rick and Raechel.

At Maine, Segal served two terms as a Byrd & Byrd Professor and 30 years as a member of the faculty senate. He joined historical and other boards, wrote a recurring column for the Bangor Daily News, published over 100 opinion pieces for newspapers in the United States and United Kingdom, and was a site visitor for Phi Beta Kappa, an organization especially dear to his heart. He threw himself into the work of historical organizations, seeing their activities as akin to his own. He never missed an opportunity to present his work at professional meetings—always with humor that sometimes bordered on absurdist—and to engage others at their sessions. He regularly served on editorial boards and never missed a chance to review new work. While he sometimes loved the institutions more than he felt they appreciated him, Segal never diminished his enthusiasm for them, and he remained steadfast in his support. To Segal, history and historical organizations were instrumental in fighting the good fight.

Segal leaves behind eight books and numerous articles. All confront some aspect of technological innovation, including Recasting the Machine Age: Henry Ford’s Village Industries (Univ. of Massachusetts Press, 2005), and most dissect technological visions that his subjects embraced. He also co-authored the textbook Technology in America: A Brief History, first published in 1989 and now in its third edition. At the time of his death, Segal was working on two projects. The first was a history of the University of Maine, an institution he loved, co-authored with Rogers. The second was a history of the curiously American idea of “techno-fixes,” where technological solutions to the nation’s problems were defined and evaluated by a cadre of members of the technological elite. Segal did not damn them their conceit. He demanded instead seats at the table for historians and other humanists.